A new season will usually mean there are new places to land in Fortnite, and that will mean you could be forced to change up your rotations.

For the most part, the locations have remained largely the same from Season 3 into this one, but there was a major change to the way chests work.

That’s right, instead of having defined chest spawns that you could always rely on, Epic Games decided to mix it up and make it so they don’t spawn every time. By doing this, it forces players to adapt on the fly, but usually, it’s just a one-way ticket back to the lobby if your loot isn’t there.

Spots With Most Chests 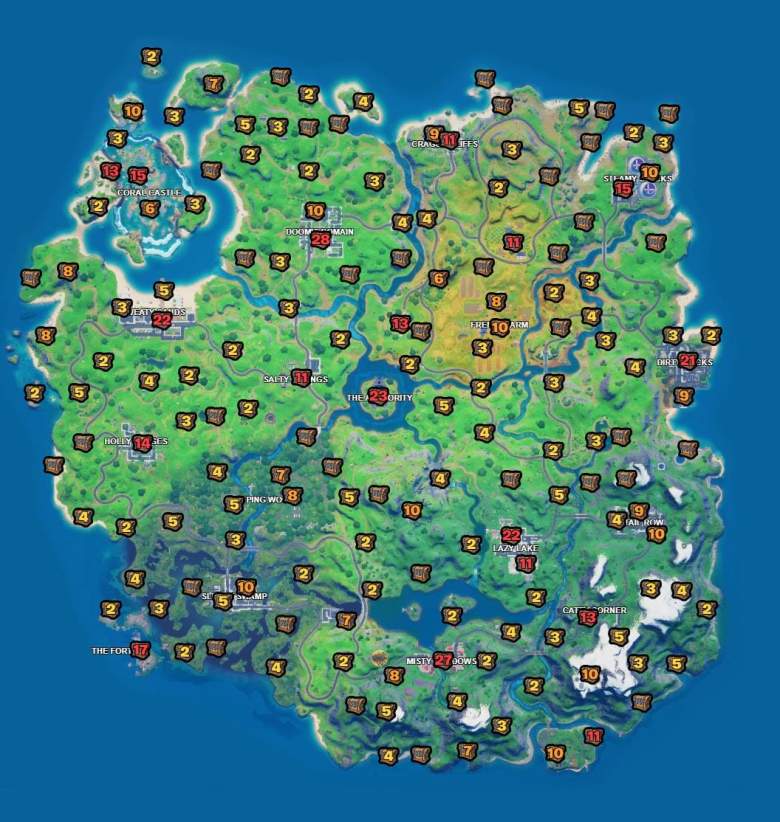 Fortnite.ggThat’s a lot of chests.

A website by the name of Fortnite.gg allows you to check out where all of the spawns are across the map so you can determine where the best landing spots are.

According to their map, Doom’s Domain, one of the new locations added in Season 4, has a whopping 38 chests in total, making it the best drop spot if you’re trying to find decent loot. That’s not even mentioning the fact you can grab Doctor Doom’s Mythic weapons here either.

Of course, you won’t always run into this many chests here because there’s no guarantee they’ll spawn each match.

No Spot is Terrible

Any named location will have a decent amount of chests to loot, so you can’t really go wrong with any of them.

Where you’re going to run into trouble is spots with just a handful of chests because you’ll be in for a tough time if you find a location where none of the loot spawns in.

Overall, you’ll want to try and stick to named locations if you want the best chance of getting good gear. Landing on the outskirts locations has become a very bad idea this season, but if you like playing on hard mode, go ahead and do it.

READ NEXT: What’s The Fastest Way to Fish in Fortnite Season 4?

Read More
Fortnite, Gaming News
If you're looking for loot in Fortnite Season 4, here's where you should go.