Shortly into your adventure in Diablo 2: Resurrected, you’ll come across a set of stones in the aptly named Stony Fields.

These stones are actually a key part of the Search for Cain quest in Act 1. This quest tasks you with rescuing Deckard Cain from Tristram, and the only way to do that is to open up a portal with these stones.

Unfortunately, you can’t just use the stones when you come across them, but there aren’t a ton of extra steps you have to do before you use the stones.

What you will have ahead of you is a whole tunnel to clear out and some enemies to kill, but this is Diablo we’re talking about, so that’s right up your alley.

Here’s what you’ll have to do in order to use the Cairn Stones.

How to Use Stones 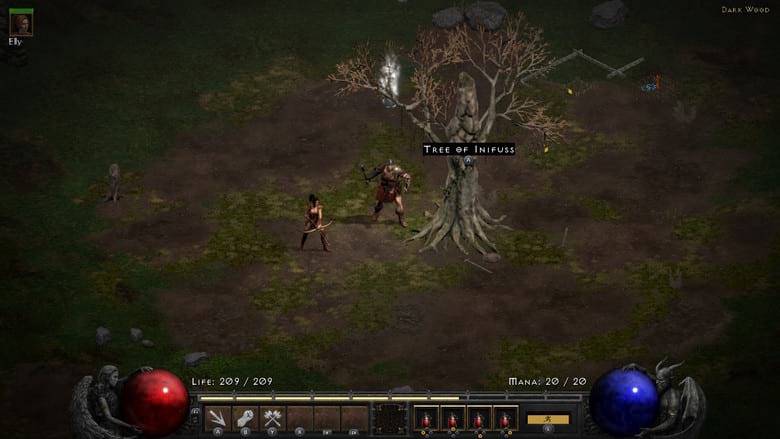 The Cairn Stones are protected by the fearsome foe Rakanishu, so you’ll want to dispatch him and his goons before you interact with them.

Once it’s all cleared out, you’ll have to read your Scroll of Inifuss to find out the order to touch the stones in. If you don’t have the scroll yet, then you’ll need to get that.

You can find this scroll by traveling through the Underground Passage that is also found in Stony Fields. You want to traverse the cave until you come across an entrance to the Dark Wood.

From here, you’re looking for the Tree of Inifuss. There’s another strong enemy guarding this area, so take care of them and collect the scroll. Now, you’ll need to head back to the Rogue Encampment and talk to Akara. She’ll tell you all about the scroll, and now you’re able to open up the portal to save Deckard.

Back to the Stones 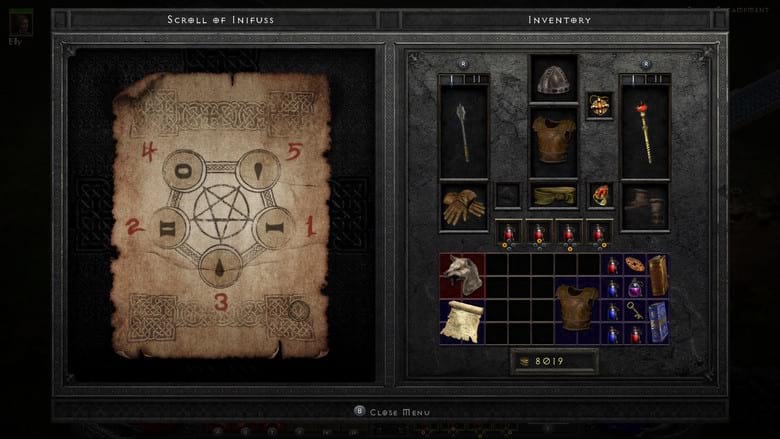 From this point, it’s smooth sailing as all you’ll need to do is head back to the stones and then use them in the correct order.

When that’s done, a bunch of lightning will strike from the sky and a portal to Tristram will open up.

Now, you’ll need to rescue Deckard Cain who is trapped in a cage. There are some tough enemies around him, but you should be more than up to the task of defeating them.

Rescue Cain, head back to town again and now you have a new person you can talk to. The cool thing about Deckard Cain is that he will now identify items for you free of charge, so you won’t have to use any of your Identity Scrolls. Running out of money isn’t really an issue in Diablo 2, so you won’t have to rely on this a whole lot, but it is a cool option to have.

If you somehow skip this quest before heading to Act 2, Deckard Cain will still make the trip to the desert with you, but it won’t be free to get your stuff identified anymore. It’s a cool little feature Blizzard includes here that punishes you for not getting all of your quests done.