Like the TV show he’s from, Fortnite’s Mandalorian skin is fully upgradable with special Beskar Steel.

As you progress through your Season 5 Battle Pass, you’ll be able to complete special quests that reward you with different armors that you can then customize your character with.

When your Battle Pass is finished and you completed all of the quests, your Mandalorian skin will look way different than what you first unlocked at level one.

One of the quests is asking you to visit a spot on the Fortnite map where the earth meets the sky, which will once again be taking us to a very familiar location.

Head to the Highest Peak 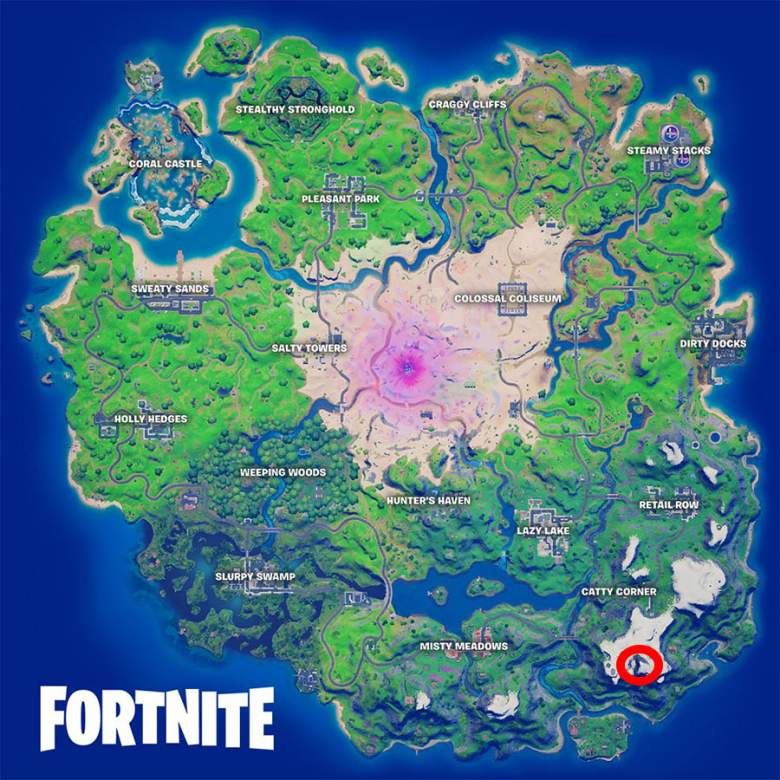 It seems like Epic Games always finds a way to take us here each season, and this time around, we’re visiting it to get an upgrade for Mando’s armor.

Like a quest that took us to a long-abandoned vault, we’re once again searching for a tiny piece of steel, but this one is actually pretty easy to find as there’s nowhere for it to hide.

All you have to do is land on the peak of the snowy mountain to the south of Catty Corner and pick up the steel. Once you have this finished, head to your locker after the match concludes and put on your shiny piece of armor.

By the end of all of these quests, you’ll have a shiny set of armor to replace the broken-down one you start with.

It offers no sort of competitive advantage, but it is a nice thing to have in your repertoire, especially if you’re a big Star Wars fan.

While your skin won’t be disappearing once the season ends, the quests likely will, so you’ll want to make sure these all get finished up before it concludes.

We’re still several months away from that happening, so it’s not anything to worry about right now.

Read More
Fortnite, Gaming News
Here's where to find the Beskar Steel where the earth meets the sky in Fortnite.