Like it or not, UFOs are in Fortnite and if you’re somebody who is trying to embrace the change, you might be interested in a way that can result in easy wins.

Everyone knows that wins are already tough to come by in Fortnite, so if there’s a way to take some shortcuts that could result in easy victories, who wouldn’t want to take it?

In a video from Fortnite streamer and YouTuber Lazarbeam, he showcased a surprisingly powerful strategy with the UFOs that could be used to gobble up wins.

Of course, it involves a meme strategy, but if you’re looking to have some fun with the UFOs, this might be right up your alley.

In LazarBeam’s video, he teams up with fellow streamer and YouTuber Fresh as they use massive objects carried by the UFO to eliminate players.

The video shows that you can pick up vehicles and just slam them into players for easy eliminations. It doesn’t even look like you have to hit players at full speed either as they just get eliminated by being touched by the vehicle or object.

This can be done by yourself, but it looks like it’d be much more successful if you have at least one other teammate running a distraction for you. It looks like the object you hit them with is enough to 1-shot them every time, but it’s tough to tell if they had any shield beforehand.

At the very least, it looks like a cheesy strategy that’ll be able to secure some easy eliminations on unsuspecting players. You can even try to bring the Battle Bus to them and get some elims with that. The only thing you’ll have to be worried about is being shot down before you can wreak havoc. Good thing the UFOs have multiple lives, right?

How Viable is This? 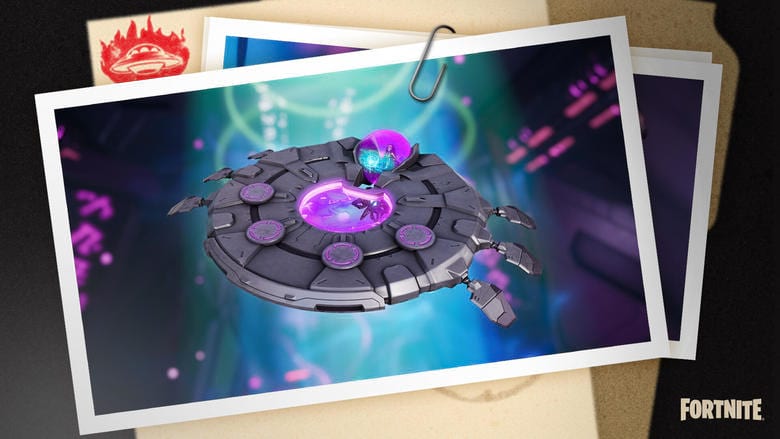 Well, Lazarbeam showed that it is very possible to win a game like this, but your mileage will certainly vary. If you’re confident in your abilities to whack a player with a truck, then go for it.

If you think it’s harder to pull off than it looks, then your time will likely be better spent elsewhere. Since the season is so young, it’s worth trying out some new things and seeing what sticks. Not every player will let you roll up on them with a giant truck in tow with your spaceship, but you’d likely be surprised with how unaware some players can be.

At the very least, it’s something worth trying at least once and seeing if you’re able to get somewhere with it. If you fail, you can at least say you tried. If you’re successful, maybe you can keep the ball rolling into future matches. There are a lot of ways to use the UFOs, and that’s a big reason why the start of this season has been so fun.

Let’s see if players are able to come up with even more wacky ideas in the future.

READ NEXT: 2 More Rick & Morty Skins Could Come to Fortnite

Loading more stories
Give this UFO strategy a try the next time you play Fortnite.