In the wake of the stories revealing the government’s far-reaching surveillance programs, new scrutiny is now being focused on NSA’s massive new Data Center in Camp Williams near Bluffdale, Utah, which is expected to finish construction in September.

Also known as the Intelligence Community Comprehensive National Cybersecurity Initiative Data Center, the center is thought to be a storage facility the government’s data-mining operations, and may be the final resting place for all the data being collected from the recently revealed programs.

1. It’s Not Yet Clear What Exactly the Center Will Do

James Bamford: Inside the NSA's Largest and Most Expansive Secret Domestic Spy Center 1 of 2democracynow.org – A new exposé in Wired Magazine reveals details about how the National Security Agency is quietly building the largest spy center in the country in Bluffdale, Utah, as part of a secret NSA surveillance program code-named "Stellar Wind." We speak with investigative reporter James Bamford who says the NSA has established listening posts…2012-03-21T14:27:52.000Z

The official purpose of the facility is classified, but it is believed that the center’s vast servers will be storing numerous forms of communication and personal information. According to James Bamford, writing for Wired, the facility will store:

all forms of communication, including the complete contents of private emails, cell phone calls, and Google searches, as well as all sorts of personal data trails—parking receipts, travel itineraries, bookstore purchases, and other digital “pocket litter.”

When the project was announced in 2009, Glenn Gaffney, who was then-deputy director of national intelligence for collection, said, “The new data center we are announcing today will support the intelligence community’s mission in providing foreign intelligence about cybersecurity threats.”

But Gaffney also said, “I can’t get into some of the specific details of the kind of work that will go on at the center.”

2. Some Believe the Center Will Be Capable of Storing Data the size of Yottabytes

The datacenter will supposedly be capable of storing information in yottabytes. A yottabyte is the equivalent of 1 trillion terabytes or 1 quadrillion gigabytes.

The facility will also require around 65 megawatts to run.

3. The Center is 1 million Square-Feet

Plans for the Utah Data Center (Via U.S. Army Corps of Engineers)

4. The Construction Has Cost At Least $1.5 Billion

The exact figure varies, but sources are reporting that the hefty price tag for building the facility is somewhere between $1.5 billion and $2 billion.

And Nextgov claims that this massive costs “does not cover the cost of computers, data storage, software maintenance or secure communications systems, which he estimated would cost nearly $2 billion.”

5. It is Also Believed to be a Code-Breaking Operation

The main bulwark between the government and private data is encryption. To break through those lines of code and algorithms, the NSA uses a process known cryptanalysis in its data-gathering operations, which in the modern era can involve bug-nuts futuristic tech like so-called quantum computing.

As the New York Times reports:

For certain problems like searching databases or factoring very large numbers — the basis of today’s encryption techniques — quantum computers could produce an answer in days or maybe even seconds, whereas the fastest conventional computer would take longer than 13.7 billion years.

As noted in his Wired article, Bamford believes the Utah Data Center may be designed as the perfect place for just such operations. 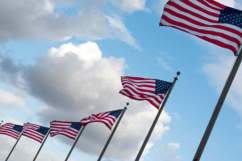