All 19 firefighters killed yesterday in an uncontrollable Arizona wildfire were members of the Granite Mountain Hotshots from the Prescott, Arizona Fire Department. The average age of the crew was 27.

Here is what you need to know about this elite unit that lost most of its crew yesterday:

1. They Went into the Blaze This Weekend

The elite crew went into the Yarnell, Arizona, area this weekend to fight the raging 2,000-acre forest fire currently rampaging through central Arizona. The Hotshots set up around the small town of Yarnell, with a population of around 650 and was working to clear easily flammable debris and fuel from the fire’s path when they were over run.

According to KPNX-TV only one member of the Granite Mountain Hotshots survived this weekends blaze. He was reportedly stationed at a lookout location around one mile away when the rest of his crew became trapped by the spreading fire. The bodies of the 19 firefighters who died have been recovered and removed.

Fire Chief Dan Fraijo said today in the live press conference that the names of the 19 men killed will be released at a later time or date in a press briefing. The deaths of the firefighters is still being investigated, he said. Autopsys on the bodies are now underway according to NBC affiliate 12news.

Quick update: The 19th person found in the fire has been confirmed to be a member of the Hotshots. The acreage of the fire is over 9,000 .

The fire department is currently transporting the 19 bodies back to Prescott, Arizona in 19 white vans escorted by police.

Image from the live coverage of the Prescott Fire Department transporting the bodies of the fallen Firefighters.

2. They Were So Good Other States Called

It has been a busy season for the Granite Mountain Hotshots. Earlier in May, the crew geared up to fight the wild fire that began in the Dosie Pit Area of the Prescott National Forest. Even before that though, both the Granite Mountain Hotshots and their compatriots Prescott National Forest’s Prescott Hot Shots has just come from fighting fires in New Mexico where they went earlier in May to help out.

3. Only the Most Elite Can be a Hotshot Crew

19 Firefighters Killed in Wildfire: 5 Fast Facts You Need to Know

According to the Prescott Fire Department’s website, the “fuels mitigation crew,” a group specializing in the removal of flammable materials from a fires path, was created at the station in 2002. After that, the group transitioned into Crew 7 in 2004, and was finally accepted into the Hot Shot community in 2008.

5. They were the First Municipal Hotshots Crew

The Arizona City of Prescott was the first municipality to have their own Hotshots crew. They joined the ranks of 112 Hotshot Crews throughout the country, 13 of which are in Arizona. Before the Granite Mountain Hotshots crew, all of the Hotshots were under the jurisdiction of the Federal government through the national Forest Service.

6. They Trained for Two Years

In 2008, the crew got to tear the “t” off their rig, which stood for “trainee.” They had been in training for 2 years undergoing rigorous tests and over 2,000 hours of classroom education.

According to the crew’s website, every year, the group undergoes 80 hours of training and refreshing as well as assisting in the training of other crews. They are also trained along side EMS and Technical Rescue.

7. This is the Highest First Responders Causality Incident Since 9/11

A New York City firefighter looks for the names of colleagues killed on September 11, 2001 during a first responders wreath-laying ceremony at the National September 11 Memorial in New York City. (Photo by Spencer Platt/Getty Images)

This incident and the passing of 19 firefighters, including 18 from the Granite Mountain Hotshots, marks the highest incident of death for first responders since the terrorist attacks on September 11, 2001 when 340 firemen died.

The memorial Facebook page, which was created last night, already has over 160,000 likes and numerous comments calling the members of the Granite Mountain Hotshots heroes. The page posted a quote from Justin Tyler, a man who says he has worked with the crew saying:

I worked side by side with the Granite Mountain crew for two weeks last summer on the Wesley Fire in Idaho. During that two weeks I got to know these men in a way that only men can become acquainted on a fireline. Tired, dirty and pushing ourselves to the limits daily we still found time for pleasantries and humor. They were one of the strongest crews I have ever worked with and I will never forget them.

9. They Tried to Shelter Themselves in Fire Tents

Every hotshot member carries a last-resort pop-up fire shelter that can withstand high temperatures and is made of a fire resistant material. According to Mike Reichling of the Arizona State Forestry Division, 19 fire shelters were deployed from the 19 fire fighters in the field, and some of those who died were found still inside their makeshift shelters.

10. The Fire is Still Burning

The fire that took the lives of these brave Hotshots continues to rage around 90 miles from Phoenix, Arizona.

According to local news station 23ABC:

The wildfire is 0 percent contained.

As discussed at today’s live press conference, as of this morning the fire spanned 8374 acres, over 400 personnel are fighting it,and the primary mission of many responders was to retrieve the bodies of the 19 Hotshots. According to the Incident Management Team The estimated number of buildings destroyed is 200. 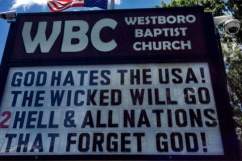 Loading more stories
wpDiscuz
0
0
Would love your thoughts, please comment.x
()
x
| Reply
All nineteen firefighters killed in the Yarnell Hill Fire were members of the Prescott-based Granite Mountain Hotshots, an elite team of wildfire specialists. Hotshot teams are like the Navy SEALs of firefighting.