The Philadelphia 76ers drafted Kansas’ 7 feet tall Cameroonian wonder Joel Embiid as the No. 3 overall draft despite his injuries.

Watch the scouting video above to see an analysis of Embiid after his first 10 games on Kansas.

1. The Philadelphia 76ers Drafted Him

Embiid was drafted 3rd overall by the Philadelphia 76ers in the 2014 NFL Draft. Despite his injuries, he was still taken as early as he was expected and is considered as the best player in the entire draft considering the fact that he only started playing basketball at the age of 16.

2. He is Constantly Injured

Embiid still has a chance of being a top five pick in the draft despite stress fractures to his foot and back. The 7 feet tall star is a force on the court on both offense and defense still thanks a lot to his practice and training at Kansas.

The stress fracture in his spine happened while he was still in college and he has since recovered, however he recently had surgery on his right foot due to a stress fracture in the navicular bone. This brings up questions as to whether or not these patterns of injury will continue.

The photo below is of Duke’s Jabari Parker visiting his fellow basketball star, Embiid.

3. He Was Discovered By a Player on the Timberwolves

Embiid was discovered by Luc Mbah a Moute, a professional player who plays for the Minnesota Timberwolves which helped him to become a five-star recruit coming out of the Rock School in Gainesville, Florida.

Luc Mbah a Moute is also from Cameroon in Africa which drew his connection to Embiid.

4. He Was Compared to Tim Duncan

It is easy to see how Joel Embiid is comparable to San Antonio Spurs veteran Tim Duncan based on his height and playing style. Embiid is 7 feet tall with a 7 feet 5 inch wingspan and also has a soft touch around the basket.

Embiid is notable for his fluidity on the court despite his massive size as he always manages to stay completely balanced. Like Duncan, he is wired in on every aspect of the game and has total control of the game and what is happening around him, despite the fact that he started playing basketball later in his life than others.

5. He Doesn’t Know How To Drive a Car

This may not seem like a big deal, especially because of his status as a foreigner, but he has continued to try and learn and finds it impossible. He told media that he has tried 4 times to get his license, but every time he gets in the driver’s seat he gets anxiety attacks.

His ineptitude behind the wheel strangely does have a correlation to him moving on to the NBA.

Those words were not very encouraging for prospective teams, but Embiid has done well so far and has proven to be one of the fastest learning players on the court. 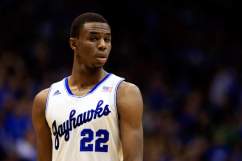