Todd Pettengill is the New York radio personality whose on-air rant about the murder of Brendan Tevlin has gone viral. During his monolouge, Pettengill slammed the lack of media coverage about Tevlin’s murder, especially the fact that Tevlin’s accused killer, Ali Muhammad Brown, said he did it because of jihadist quest.

In July 2014, teenager Brendan Tevlin was shot and killed by a group of men in West Orange, New Jersey. His accused killer was already implicated in a string of murders in the Seattle area.

1. He Thinks President Obama Should Get Involved in the Tevlin Case

Pettengill made the rant on his program, The Todd Show, he said that Tevlin’s murder was evidence that “domestic terror” was already here. He also criticized President Obama and Attorney General Eric Holder for not making reference to the case, but highlighting the Michael Brown shooting.

Pettengill is best known for his time on WWE television when he hosted the shows WWF Mania and Livewire. At pay-per views, Pettengill was used an interviewer. He began at the company in 1993 and left in 1997. His last event was Summerslam ’97. Pettengill says he left wrestling because of the stress of maintaining his radio show and performing for the WWE.

3. Pettengil Has Been on Radio Since he Was 13

His career in radio began 13 in his native Amsterdam, New York, when he helped with prank calls on-air. Pettengill has been Billboard Magazine’s Major Market personality of the year six times. In August 1991 he began working at WPLJ, where he remains, although he has worked for other stations. His former co-host, Scott Shannon, left his show in 2014.

He’s married to Carrie Pettengill. The couple were wed in 1987. They live in Cedar Grove, New Jersey, where Todd Pettengill’s production company is also based. They have two daughters, Amanda and Hayley. In the summer of 2014, Amanda got married. According to her Facebook page, Carrie is a graduate of George Washington University.

5. His Crank Calls Are Legendary

Prior to this recent case of political activism, Pettengil was famous for his zany antics on-air, including crank calls. You can listen above to one of their most famous, “It’s Turkey Time.” 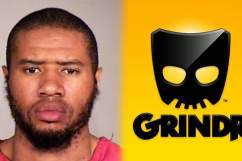