Rescuers search for survivors after an avalanche at the Mount Everest base camp. Filmmaker Tom Taplin and two other Americans were among at least 17 killed there following an earthquake in Nepal. (Getty)

American filmmaker Tom Taplin, 61, was killed in an avalanche at Mount Everest after a 7.8 magnitude earthquake struck Nepal on April 25. More than 2,000 died in Nepal and the surrounding region after the earthquake, which has devastated the South Asian nation.

Two other Americans were among the at least 17 dead at Mount Everest, Google executive Dan Freidenburg and Marisa Eve Girawong, a base camp doctor from New Jersey.

1. He Was Filming a Documentary About the Mount Everest Base Camp

Rescuers carry an injured sherpa from the Mount Everest base camp after it was devastated by an avalanche triggered by a 7.8 magnitude earthquake that struck Nepal. (Getty)

Taplin’s wife, Corey Freyer, told NBC News that her husband was filming a documentary at the Mount Everest base camp when he was killed.

“It’s shocking,” Freyer told NBC News. “All of his friends, and he has so many friends, every one of them is just devastated. Shocked.”

She said they’d been married about three years, but together for more than 24. He was, “Such a larger than life person — you just don’t think of them losing their life,” she said.

They lived together in Santa Monica, California. Taplin was born in Denver, Colorado. 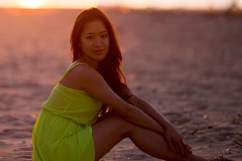 2. His Wife Said ‘He Died Doing What He Loved Doing’

She called him a “passionate photographer, filmmaker and mountaineer,” according to NBC News.

Taplin was the owner of TET Films & Photography, which he started in 1981, according to his LinkedIn profile. He attended Lake Forest College in Illinois from 1971 to 1975 and the California Institute of Arts from 1976 to 1979.

3. He Pulled Himself to Safety After Breaking His Arm Climbing South America’s Tallest Peak

Tom Taplin wrote a book about his trip to the Aconcagua, the highest mountain in South America. (Getty)

Taplin wrote a book in the 1990s about his experience hiking the Aconcagua, the highest peak in South America, according to NBC News. His wife said he fell into a crevasse and broke his arm on that trip. He was able to pull himself to safety, where he was reached by other climbers, she told NBC News.

He successfully climbed the mountain a year later, she said.

4. The Base Camp Was 40 to 50 Percent Destroyed By the Avalanche, a Survivor Says

The Mount Everest base camp was flattened by an avalanche that killed 17 people, including three Americans, following a 7.8 magnitude earthquake in Nepal. (Getty)

A Denver-based mountaineer, Joe Kedrowski, posted an update on the base camp on his blog.

He said the camp was 40 to 50 percent gone with those injured having wounds similar to when a tornado hits. He wrote on the blog about what happened when compressed air created by the chunks of snow and ice created by the avalanche were released:

The release of this air and pressure was similar to a whoopee cushion or balloon. The air blast was concentrated towards the tents in the central portion of Everest Basecamp. Hurricane force wind from the blast completely pulverized and blew the camp away. Some Duffels from Expedition members were tossed for more than a football field’s length. Expedition boots, dining tent frames, and ice axes were tossed far across the glacier too. Right now 20-plus people are injured and the death toll is 8-20 people, but that may increase. Many of the injuries were similar to ones you might see in the Midwest when a tornado hits, with contusions and lacerations from flying debris. Head Injuries, broken legs, internal injuries, impalements also happened to people. Some people were picked up and tossed across the glacier for a hundred yards. People that took refuge in tents turned out to be the unlucky ones…..only a few feet away if a person hid behind a rock or a ice bank they escaped unharmed. People in tents were wrapped up in them, lifted by the force of the blast and then slammed down onto rocks, glacial moraine and ice on the glacier. Such an unbelievable force of wind and compressed air from the falling ice seracs and snow, it’s very hard to wrap my head around it.

5. The Earthquake Killed More Than 2,000 People in Nepal & the Region

The death toll in Nepal and the surrounding region continues to rise. As of April 26, one day after the 7.8 magnitude earthquake struck, more than 2,400 were reported dead, according to the New York Times. Nearly 6,000 were injured. 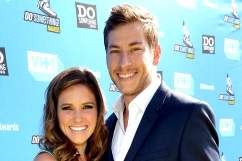