William Paul in a 2013 booking photo.

The crash happened just before noon Sunday, according to the Herald-Leader. Paul’s campaign told the newspaper he doesn’t comment on “any private matters in regards to his family.”

The incident was not the younger Paul’s first alcohol-related run in with the law. He was arrested on charges related to underage drinking incidents twice in 2013 when he was 19.

1. He Crashed Into a Parked Car After Revving His Engine While Stopped

William Hilton Paul is on the far left in this photo from when his father, Rand, was sworn in as a U.S. Senator in 2010. Getty

Witnesses told police William Paul was “revving” his engine before the crash while sitting alone in the vehicle at an intersection. The witness said moments later a “loud crash” was heard, according to the Herald-Leader. Police found Paul sitting behind the wheel of a 2006 Honda Ridgeline that had collided with a parked vehicle on Woodland Avenue.

2. Paul Was ‘Belligerent’ & Officers Smelled a ‘Strong Odor of Alcohol’

According to the police report obtained by the Herald-Leader, Paul was “belligerent” and they smelled a “strong odor of alcohol.” He also had slurred speech and bloodshot eyes, police said.

Paul was taken to the hospital to be treated for minor facial injuries and was not taken to jail. 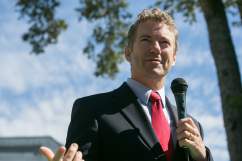 3. He Is a Senior at the University of Kentucky

According to the Herald-Leader, Paul, one of Rand’s three sons, is a senior at the University of Kentucky in Lexington.

4. He Was Previously Cited For Underage Drinking at a Kentucky Racetrack

In October 2013, William Paul was cited for underage drinking by the Kentucky Department of Alcoholic Beverage Control while at a racetrack, according to WKLY.com.


5. He Was Charged With Assault After a Drunken Incident on a Plane

In January 2013, the then 19-year-old Paul was arrested at a North Carolina airport. According to the Herald-Leader, Paul was accused of assaulting a 22-year-old female flight attendant after consuming alcohol on the flight.

He was charged with simple assault, disorderly conduct and being intoxicated and disruptive. The charges were later dismissed after he completed alcohol education classes and community service.

“Mr. Paul had no prior criminal record, and the manner in which his case was handled is consistent with how the DA’s Office handles first-time offender cases involving alcohol abuse,” said Meghan Cooke, a spokeswoman with the Mecklenburg County District Attorney’s Office, in a statement to the Herald-Leader. 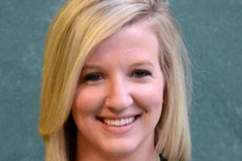