Wayne Lee Campbell, 43, has been identified as one of nine men killed Sunday during a shootout between rival motorcycle clubs and police at a Waco, Texas restaurant.

Here’s what you need to know about Campbell and the shooting:

1. He Was a Member of the Cossacks Motorcycle Club

Wayne Lee Campbell was a member of the Cossacks Motorcycle Club. (Facebook)

Campbell, from Arlington, Texas, was a member of the Cossacks Motorcycle Club, according to his Facebook page.

He died of gunshot wounds to his head and trunk, the preliminary autopsy report shows.

His lawyer, Steven Hayden, told the Fort Worth Star-Telegram he was shocked to hear his client was killed.

“I’m dumbfounded,” Hayden told the newspaper. “I thought he was a nice guy. He wasn’t much of a troublemaker.” 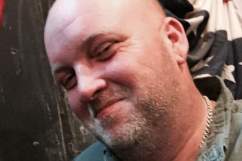 2. He Was One of the Club’s Road Captains

Wayne Campbell was a road captain for the Cossacks. (Facebook)

Photos of Campbell show that he was a road captain for the Cossacks MC. In motorcycle clubs, the road captain typically organizes rides or runs that the group takes together. He is responsible for the safety of the group and often acts as a club executive, deferring only to the president or vice president, during a run.

Wayne Lee Campbell was a member of the Cossacks Motorcycle Club. (Facebook)

Campbell’s friends and family posted messages on his Facebook page after his death.

Another said, “RIP you are already so missed! I am so happy we got to meet you! Fly high.”