Zoe Hastings , 18, was found dead in a mini-van that crashed into a creek in Dallas, Texas. (Facebook)

An 18-year-old recent high school graduate was found dead in a mini-van that crashed into a creek in Dallas, Texas, Monday morning, police said.

The death of Zoe Hastings is being investigated as a homicide, according to police. Detectives are trying to identify a suspect in her death. Hastings was found dead Monday after she was reported missing by her family Sunday night.

A 34-year-old man, Antonio Lamar Cochran, was charged with Hastings’ murder on October 24. Cochran is accused of abducting Hastings from a Walgreens parking lot and then killing her after crashing her family’s minivan into a creek. Read more about Cochran here.

Dallas Police said at a Monday press conference that Zoe Hastings died of “obvious homicidal violence.” They did not release any other details about how she died.

At about 8:30 a.m., police found Hastings’ white 2007 Honda Odyssey in White Rock Creek. Hastings was found dead inside the van.

Investigators ask that anyone who may have seen Hastings or the van before her death to call the department’s Homicide Unit at 214-671-3584 or the Crime Stoppers Tip Line at 214-373-TIPS.

Flowers left at the scene where Zoe Hastings was found dead in East Dallas near 11700 Dixfield @CBSDFW pic.twitter.com/WxfqbaS66g

A jogger, who has not yet been identified, was fatally stabbed in an apparently random attack. Thomas Johnson, a 21-year-old former Texas A&M University football player, has been charged with murder in the jogger’s death. The cases are not believed to be connected. 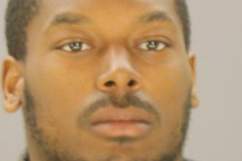 2. A Man Flag Downed a Passerby for Help Monday Morning & Then Left Before Police Arrived

Joe Noriega, a parent at Hastings’ former high school, told NBC Dallas-Fort Worth that he was driving his daughter to school Monday morning when he was flagged down by a man. He said the man told him there was an injured girl in a nearby creek. Noriega said he walked into the creek, found Hastings’ body and called police.

The man who waved him down then disappeared.

“My suspicion is, why did this guy wave us down, and not stay? He just seemed out of place,” Noriega told the news station.

Police said Wednesday that the man is not considered to be a person of interest. At a press conference, police said the man was concerned because he may have had warrants out for his arrest. He later contacted police. 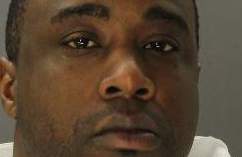 3. She Was Reported Missing Sunday Night After Leaving Home for a Class at Her Church

Police said Hastings was reported missing by her family Sunday night. She was last seen leaving her home at about 4:45 p.m. to attend a 5 p.m. class at her church.

Zoe Hastings never arrived for class at her LDS Church on Sun. Her father is a Bishop of Lake Highlands Ward. #wfaa pic.twitter.com/AJkhObFka4

18 yr old Zoe Hastings went missing on way to church Sun, found murdered this am.Call police if u saw her, her van. pic.twitter.com/kjQjEr3cd4

Hastings was headed to The Church of Jesus Christ of Latter-day Saints on East Lake Highlands Drive.

Police said she stopped at a Walgreens to return a Red Box movie.

Anyone who was at the Walgreens between 4:30 and 5 p.m. are asked to contact police to see if they remember seeing Hastings or her van, or anything else of interest.

4. She Recently Graduated From a Dallas Arts Magnet School & Was a Swimming Instructor at the Local YMCA

Hastings is a recent graduate of the Booker T. Washington High School for the Performing and Visual Arts in Dallas, according to her Facebook page. She worked as a swimming instructor at the White Rock YMCA.

The school’s principal sent a letter home to parents about Hastings’ death.

“Our thoughts go out to her family as well as her friends that remain here at school,” Principal Scott Rudes said in the letter, adding that grief counselors would be made available to students and faculty.

Several classmates and friends paid tribute to her on social media:

Zoe Hastings was such an incredible girl and was so sweet to me. You will be incredibly missed by the whole Dealey and BTW family. RIP ?

zoe hastings was one of the sweetest girls i've ever met. so heartbroken for her and her family.

Zoe Hastings impacted so many lives, and I am proud to have been her friend. RIP, and know that you are loved.

Zoe Hastings was one extremely kind person. She deserved a full life & future. I know that she will always be remembered with a smiling face

Friends and neighbors have left notes, flowers near site where Zoe Hastings, 18, was found murdered in a van pic.twitter.com/J6IHJP4myp 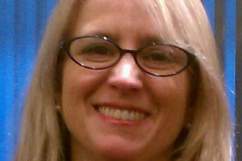 5. A GoFundMe Account Has Been Set Up to Help Her Family

A GoFundMe account has been set up to help Hastings’ family. More than $17,000 was raised by Tuesday:

Zoe Hastings, 18, was an outstanding young woman on the cusp of starting her life. She was loving, kind, hard working and full of life. A graduate of Booker T. Washington and preparing to go on her mission, she was on her way to an evening church service when she went missing. After a frantic search, Zoe was found mudered in a creekbed by her church.

Her life was cut short on October 12, 2015 by an unspeakable tragedy. She was the oldest of five children – with three little sisters and a brother who adored her. Zoe’s parents, Cheryl, a nurse, and Jim, a teacher, loved and adored their oldest child beyond words, and were so proud of her accomplishments.

Should you wish to support The Hastings family as they grieve, and to allow them to stay close with their family during this sensitive time, please give here.

Your prayers and well wishes are very appreciated. 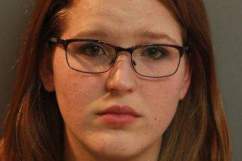