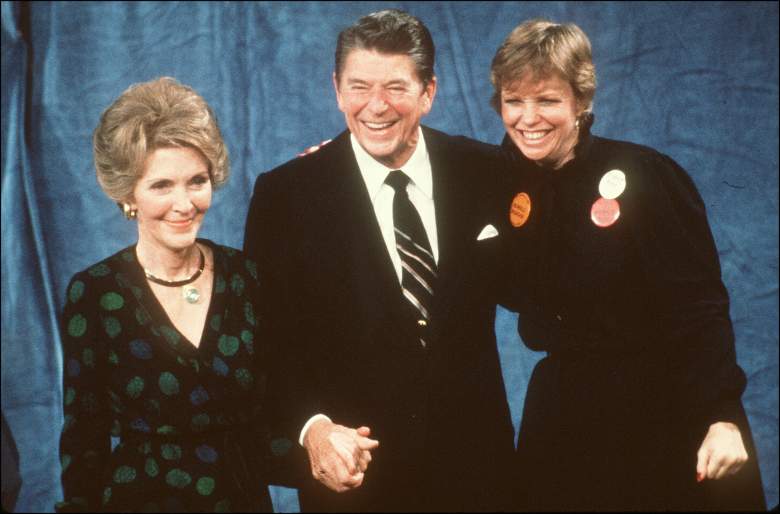 US President-elect Ronald Reagan celebrates his electoral victory with his wife Nancy and his daughter Maureen in Los Angeles in 1980. (Getty)

Maureen Reagan was Nancy’s stepdaughter and, out of all of Nancy’s children, the child that Nancy was closest to at many points in time. Maureen was born to Ronald Reagan and Jane Wyman. She was a conservative activist and ran unsuccessfully for office a few times herself. She died tragically of cancer after a five-year-long fight in 2001. 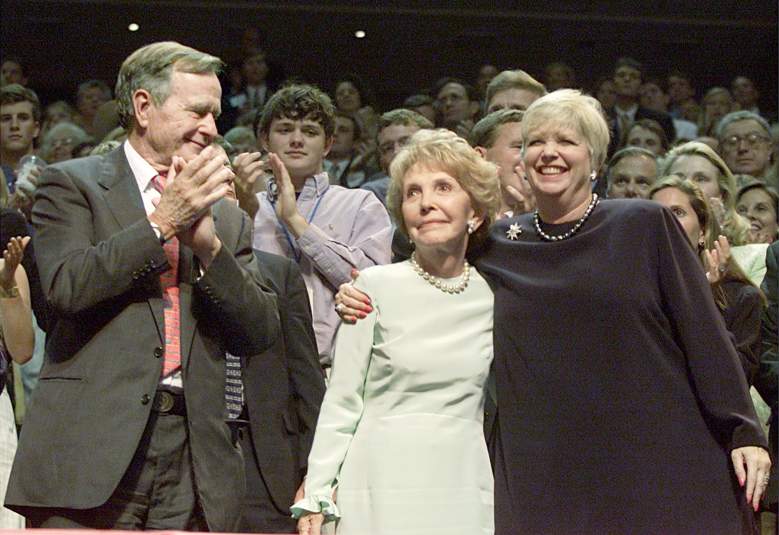 Nancy Reagan receives a hug from Maureen Reagan, the eldest daughter of former President Ronald Reagan, as former President George Bush shows support during the second day of the Republican National Convention in August 1, 2000. Maureen passed away about a year later. (Getty)

Maureen Reagan was born in 1941 to Ronald and his first wife, Jane Wyman. But she was the closet to Nancy Reagan of all the Reagans’ children and stepchildren. Although the two had their differences, they grew very close. When Ronald Reagan was president, Maureen moved into the White House and liked to sleep in the Lincoln Bedroom.

2. She Ran Unsuccessfully for Political Office and Was Compared Unfavorably to Her Dad

Maureen Reagan tried her hand at acting for awhile, including a pilot for a TV show with Robert Urich. (CDC)

Maureen pursued an acting career and even appeared in the 1964 film Kissin’ Cousins with Elvis Presley, along with a few other smaller productions. But she eventually left that behind to pursue politics. She ran for Senate in 1982, but was defeated after being compared unfavorably to her dad, with statements such as “She’s no Reagan.” She also ran in 1992, unsuccessfully, for California’s 36th congressional district.

Reagan differed from Nancy and Ronald on a few key issues, such as being pro-choice for abortion.

3. She Adopted a Daughter from Uganda Shortly Before She Died 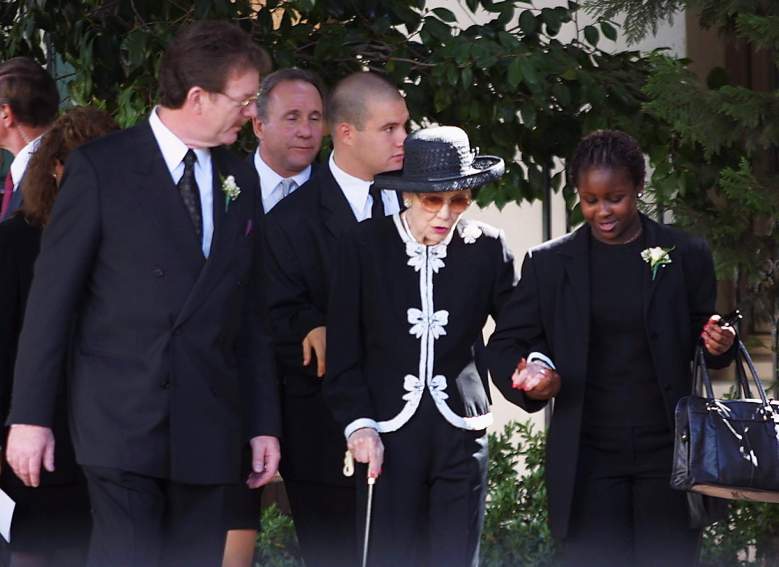 Maureen has one adopted daughter, Margaret Rita Merembe Revell, with husband Dennis Revell. Rita Revell was born in Uganada and they became her guardians in 1994 and adopted her in 2001. Because Maureen was fighting terminal cancer, she and her husband weren’t able to finish all the paperwork and requirements to adopt Rita, which included a personal visit to Uganda. So a special, private bill was passed to facilitate Rita’s adoption. Very little is known about Rita. She was pictured at Maureen’s memorial service, but hasn’t been in the media much since. In fact, when her dad, Dennis, released a statement about Nancy’s death, he didn’t mention any other family members, including Rita.

4. She Was in the Same Hospital as Her Dad While She Fought Cancer and He Fought Alzheimer’s 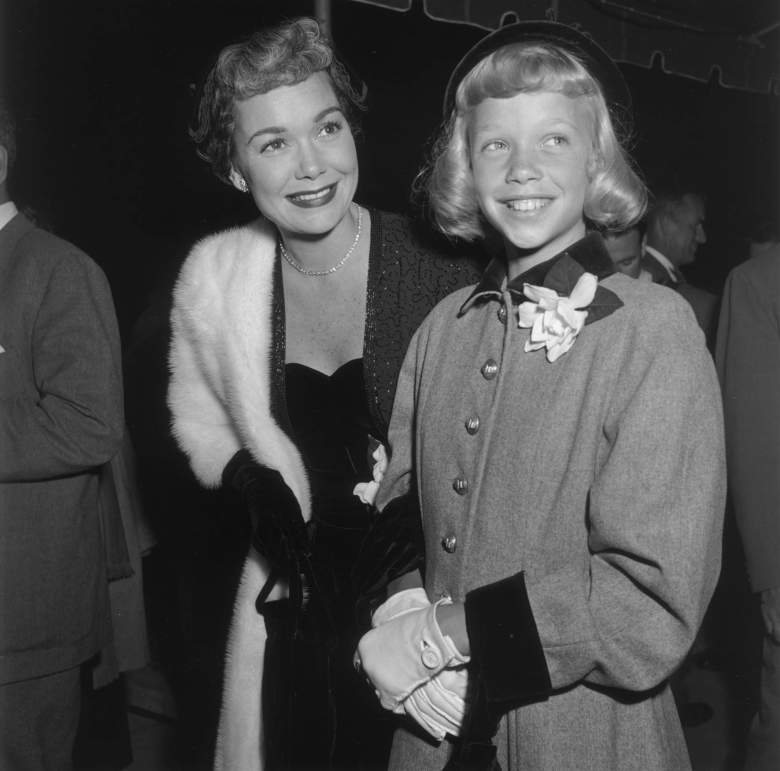 Maureen fought melanoma cancer for five years. At one point, she was hospitalized just several floors away from her dad, who had taken a fall and broken his hip.  When Ronald Reagan was diagnosed with Alzheimer’s, Maureen became a member of the Alzheimer’s Association board of directors and served as the group’s spokeswoman.

5. Her Husband, Dennis Revell, Remained Close to the Reagans And Still Spends Christmas With Them 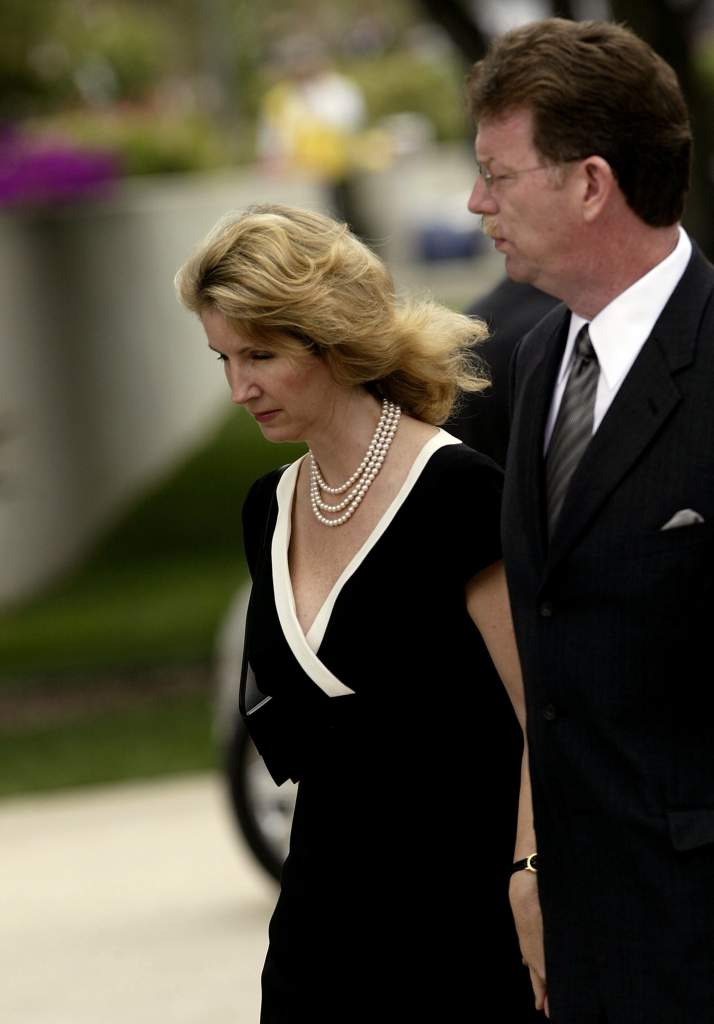 Maureen was married twice before Dennis. First, to John Filippone, a policeman. They were married in 1961 and divorced the next year. Next, she married a lawyer, David Sills, in 1964. They divorced in 1967. The third time was the charm for Maureen. She and Dennis Revell married in 1981 and were married until she died in 2001.

Dennis Revell remained very close to the Reagans, even after Maureen’s death. He spends most Christmases with the Reagans. He tried to stay out of the public eye, feeling it wasn’t his place to speak for the Reagans. But when Nancy died, he released a statement which read, in part:

In the quiet of their home, she inspired me with the constant care and compassion she showed President Reagan as he struggled with Alzheimer’s. Yesterday, after driving down from Sacramento to visit with her, the radiator blew on my car as we arrived in the driveway of her home. Our last conversation was her being worried about me getting the car repaired. That is vintage Nancy Reagan…taking care of others to the end.”