The Feds say that a Pace University fundraiser complained that there was “no f**king” after watching a man sexually abuse a young boy on a livestream. Citing court documents, the New York Daily News reports that 34-year-old Scott Lane was arrested at his home on 56th street close to Central Park on April 12. He’s accused of watching the sick livestream in July 2015.

In a statement to Heavy.com, Pace Media Relations Director Scott Trent said Lane had been fired after his arrest. Trent told us: “The University learned today from press reports that Scott Lane, a staff member in donor relations and fundraising, has been arrested on charges of child pornography. Lane has been terminated, permanently barred from University property and facilities, and is no longer employed by the University.”

1. The Feds Say Lane Told the Abuser in the Video to ‘Get [the victim] Naked’ & Complained That There Was ‘No F**king’

The New York Daily News report says that Lane went by the moniker “NYC Perv” on a website that’s only referred to in court papers as “Application A.” It allows users to pay to watch a livestream of sexual abuse with the viewers able to interact with the abuse.

The website is also being investigated by Canadian authorities who are working with Homeland Security.

Lane was arrested on April 12 at his New York City apartment on West 56th street by officers with Homeland Security, reports the New York Post. He’s charged with possession of child pornography and child exploitation. Another man lives with Lane but the laptop that logged on to the livestream is only used by Lane, the Post said in their report.

The Daily News reports that Lane is likely to be brought to Pennsylvania where the investigation is “centered.”

3. Lane Is the Executive Director of Pace University’s Fundraising Efforts

According to his LinkedIn page, Lane is the executive director of Pace University’s fundraising department. At the time of writing, his profile has been scrubbed from the university’s website.

His page says that his first role in college fundraising was at his alma-mater, Loyola University in Chicago. Lane graduated from the school with a degree in communications in 2006. From there, Lane went to work in fundraising for Brigham and Women’s Hospital in Boston before beginning his job at Pace in 2011. After three years at the university, he was promoted to the role of Executive Director of Donor Relations and Fundraising Programs.

4. He Allegedly Watched the Sick Livestream Just Days After He Served as a Groomsman at His Brother’s Wedding

Lane is accused of accessing the livestream on July 22. That was 11 days after he served as a groomsman at his brother’s wedding in Illinois. His brother wrote about Lane on his The Knot profile saying:

I don’t remember the first time I met him but I have never not known him which is a blessing. He will always be my older brother and the times we had as children were many and obnoxious.

We were always getting into something whether it be fights over video games or me hanging out with his friends when he had sleep overs. I am extremely proud of the man he has become. I look up to him as a brother and as a man.

On his Facebook page, Lane says he’s a native of Bement, Illinois, where he attended high school. He has a photo of President Obama as his cover image and says he only has one kidney. 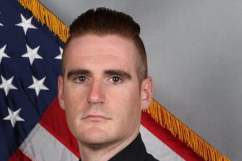 Loading more stories
wpDiscuz
21
0
Would love your thoughts, please comment.x
()
x
| Reply
The Feds say that a Pace University fundraiser complained that there was "no f**king" after watching a man sexually abuse a young boy on a livestream.