A California teenager is at the center of a scandal within the Oakland police department after claims she had sex with officers while she was a minor. Multiple reports in the Bay Area have named Celeste Guap, 19, as the girl who was allegedly victimized by up to three cops. CBS San Francisco reports that in a now-deleted Facebook post, Guap called her relationships with the officers in question “harmless” and also said that she didn’t “snitch” on anyone.

Celeste Guap’s real name is Jasmine Absulin. On May 31 2017, ABC San Francisco reported that Guap had been awarded nearly $1 million dollars by Oakland City Council due to her relationship with sworn police officers. Guap had allegedly been looking for $66 million in a lawsuit against the city. Since the news of her story broke, Guap has been living in a safe house under armed guard.

1. In a Facebook Post, Guap Said She Got a Ride Home From a Group of Oakland Cops in April

In April 2016, Guap posted a photo of an Oakland PD cruiser at a gas station to her Facebook page. She wrote in the caption that the cops had taken her “back to Richmond in style.”

Celeste Guap’s Facebook page where she says she was dropped off by Oakland cops in Richmond, California. (Facebook)

On her page, Guap says that she lives in Richmond, California, a town that’s 12 miles north of Oakland.

2. It’s Being Reported That Guap Had an Affair With an Officer Who Committed Suicide in 2014 — 3 Months After His Wife Killed Herself in Suspicious Circumstances

CBS San Francisco reports that the alleged abuse is said to have begun when Guap was 16. On May 10, she wrote on her Facebook page, “The only officer I messed with underage is sadly gone now so idk why this s**t is still being brought up.” The San Jose Mercury News reports that Guap met the officers in question on social media.

The East Bay Press speculates that Guap is referring to Officer Brendan O’Brien in her message. He committed suicide in September 2015 at age 30. That came a little over a year after his wife, Irma Huerta Lopez, 29, was found dead in June 2014. Her sister told the Express that the reports Lopez committed suicide were wrong with the family believing that O’Brien had killed his wife. She added, “Why were there two shots if she killed herself?” Referring to the two shell casing that were found near Lopez’s body. The East Bay Express reports that O’Brien’s suicide note “included information about the alleged sex crimes.”

The San Jose Mercury News reports that O’Brien’s note included references to cops had sex with Guap, including a sergeant. O’Brien lived with his wife in an apartment that was owned by Oakland police veteran Eric Karsseboom, reports the East Bay Express. The newspaper adds that several other cops lived in the building.

KRON News reports that the new investigation was sparked by O’Brien’s suicide note.

3. She Identifies as Bisexual

On her Facebook page, Guap says that she is interested in both men and women sexually. She says she’s a native of Nicaragua and now lives in Richmond, California. Guap also says she studied at the Universidad de Guadalajara in Mexico. In her About section, Guap says she was engaged and married in 2015. During a trip to Puerto Rico in September 2015, Guap posted numerous photos of her with local police officers. Also during that trip, Guap wrote that she and her friend were saved when they got into difficulty while climbing by an off-duty Rio Grande cop.

4. Her Mother Works as a Dispatcher for the Oakland Police Department

Guap has a connection to the Oakland Police Department with her mother working as a 911 dispatcher, reports the San Jose Mercury News. Online records name her as Monica Cedillo. In 2014, Cedillo made $133,321.56.

While her grandmother was a chef at the Grand Hyatt in San Francisco.

In numerous Facebook posts, Guap mourns a man named Theodore “Teddy” Mejia. She wrote in April, “I can’t believe it’s been a year… the pain is still here like it was yesterday but knowing you’re in a better place brings me peace…forever thankful for our time together and everything you taught me.”

The East Bay Pioneer reported in April 2015 that Mejia was shot dead in Hayward, California, in an unsolved murder.

5. The Cops at the Center of the Latest Allegations Have Not Been Named

The internal affairs division of the Oakland Police Department is handling the investigation into the alleged sexual assault. The New York Daily News reports that so far three officers have been suspended as a result. Those cops have not been named.

CBS San Francisco reports that a group of officers have been accused of lying to internal affairs cops during the “first” investigation regarding the alleged abuse. Oakland Police Department spokeswoman Johnna Watson told the station, “We are entrusted by the community to protect, to serve them and to uphold the law. So we take the allegations very seriously.”

In a separate statement, police chief Sean Whent said, “The Oakland Police Department takes this allegation extremely serious. We have put in place a team of investigators at internal affairs….We have been entrusted with the public’s trust. We have worked very hard to build community relationships. Any time that we have an allegation that is of this nature, it’s always a concern not only to us but to our community.” 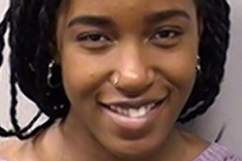 Read More
5 Fast Facts, Breaking News, Crime
Follow Heavy ↓
A California teenager is at the center of a scandal within the Oakland police department after claims she had sex with officers while she was a minor.