Diane Holik was the victim of a brutal murder that took place in Austin, Texas, in 2003. She had recently put her suburban home up for sale…never realizing it would lead to the end of her life.

Investigators initially believed Holik, who was 43 at the time of her death, had committed suicide, but after further review realized she was murdered.

Patrick Russo was charged in her murder, and received life in prison. The killer and story will be featured on Dateline NBC tonight at 9 p.m. EST.

1. Russo Posed as a Home Buyer in Order to Kill Her

When Halik didn’t show up for her job on November 11, 2003, colleagues grew suspicious and called police.

When police arrived they noticed that Halik’s home was in immaculate condition. Almost nothing seemed to be out of place until they got to her bedroom. Inside they found Halik’s body. At first glance police believed she committed suicide, but as they got closer they saw bruises on her wrists and strangulation marks on her neck. She had been bound and strangled to death.

Detectives interviewed several people, including a close friend and colleague of Holik, Diane Kapcar. Kapcar’s interview proved to be invaluable after she told police about a man who came to see Holik’s home that was up for sale. “She told me that the guy was very clean cut looking…she was not threatened by his look. He had sold a ranch and he was looking for a place he could pay cash for,” Kapcar told Murder She Solved. What did worry her is he wanted to look at the home without a real estate agent.

The man, Patrick Russo, turned out to be Holik’s killer. Investigators interviewed at least seven other women who said Russo had also been to their open-houses to look without a realtor.

In May of 2002 he was indicted after a woman identified him through a sketch.

Eventually a towel that was misplaced in Holik’s home was linked by DNA to Russo, a former church leader. He had used the excuse of wanting to buy her home so that he could strangle her to death. 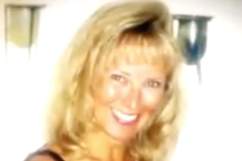 2. Her Killer Belonged to the Fetish Site ‘Necrobabes.com’

When police searched the hard drive on Russo’s computer, they found that he had a subscription to “Necrobabes.com,” a pornography site that showcased asphyxiation fetishes.

They also found that he had searched the word “asphyx” on the home computer.

On November 18, 2003, a second search warrant was issued, that authorized the search of the hard drive of appellant’s computer for “[i]nformation pertaining to death by asphyxiation” as well as other information and photos and text from the Web site named “necrobabes.com.”

3. There Were Two Other Suspects in Her Death

Murder She Solved reported that Holik’s fiance at the time and a colleague were suspects in her murder before Russo was charged.

Authorities also said they were made aware of information that the relationship may have “gone bad.”

Another person of interest had been a colleague of Holik’s. Authorities thought he had seemed “too interested” in her death. Friends also told them that he spent more time with Holik than her own fiance did, and that she rejected his advances.

Both suspects had alibis and were cleared. 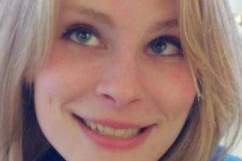 4. She Was a Successful Project Manager at IBM & an Ex Called Her a ‘Beautiful Person’

Holik was living the good life as a project manager for IBM. She took her work very seriously, and that’s why suspicions grew immediately when she didn’t show up the day her body was found.

Friends adored the woman and say she was a beautiful person. An ex-boyfriend of hers, Adrian Wible, regretted ever breaking up with the beauty. When he found out through a friend’s that Dateline was showcasing the story, he commented:

I dated her for a few months back in ’94 in Boca. Such a beautiful person. Ran into her last in the Austin airport in my attempt to get to POK for a friend’s wedding – must have been ’99 or so. I was sick to my stomach when I saw her face in the newspaper and the news about her murder. I should have held onto her. Story of my life…

“She was a wonderful person, had a very big heart,” Wible told Heavy. “She and I started dating around July of 1994 for about three or four months. We had lots of fun…we used to go to Dolphins games.

Wible described the beauty as “loyal to her friends…we had differing ideas of what we wanted out of a relationship but our breakup had nothing to do with her character. We had a lot of fun together.”

5. Her Killer Appealed His Life Sentence

Russo was sentenced to life in prison without the possibility of parole, and he appealed the decision. According to CNET, he said police “exceeded their computer-search authoritzation” which revealed his subscription to Necrobabes.com, and searches for the word “asphyx.”

The Texas Court of Appeals rejected Russo’s arguments and upheld his sentence.

The State has added that the computer files were not opened until a search warrant was issued, which helped their case against him.

Loading more stories
wpDiscuz
2
0
Would love your thoughts, please comment.x
()
x
| Reply
Diane Holik, a successful businesswoman with IBM, was found strangled to death in her Texas home in 2003. Heavy spoke with a friend of the beauty, and you can read more about her life and story here.