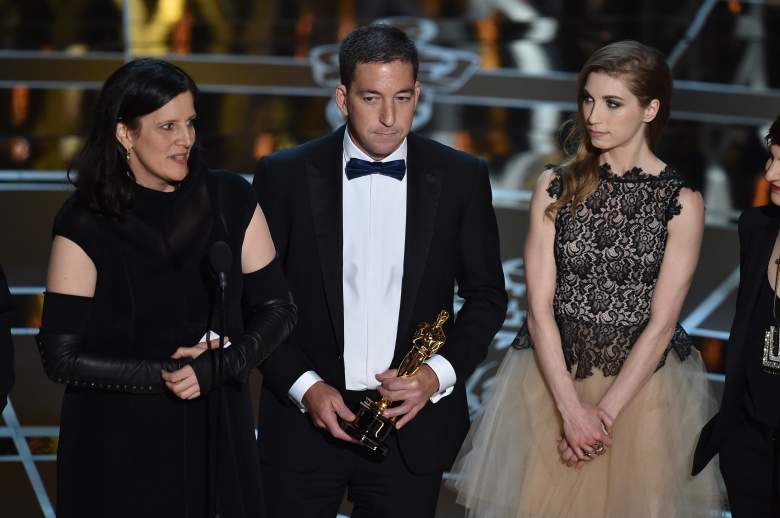 Lindsay Mills (right) has stayed by Snowden’s side. (Getty)

If you watch the new movie Snowden, one fact that will stick out to you is just what an amazing relationship Edward Snowden and Lindsay Mills have. The movie shows them meeting when his career was just starting out and when she was a fledgling photographer. You may wonder if their relationship was portrayed accurately. According to a Q&A with Snowden after the movie aired on Thursday night, yes, the movie is very accurate. Mills moved to Russia to be with Snowden and the two are still growing strong. And Snowden will never forget how much he loves and owes this woman who has been with him through tough times that many can’t even imagine.

1. Despite 2013 Media Reports Saying She Was ‘Abandoned,’ Lindsay Mills & Edward Snowden Stayed Together After He Left for Russia

.hallo. #selfportrait the time of year when one gets to try on different faces. princess, ghoul, super hero. imagination the only limiter. a day when it is acceptable to reinvent. to bring out an alter ego. to safely display creativity. or simply indulge in copious amounts of sugar. whimsy reigns. adrenaline spiked with treats. judgement is tossed to the wind. and my nomadic soul is channeling carmen sandiego. #happyhalloween world hide and seek champions 2013 ?

In 2013 when Snowden left the United States and traveled from Hong Kong to Russia, the media wasn’t kind to Mills or their relationship. A Huffington Post article from the time talks about Internet headlines about Mills portraying her as “abandoned” and “completely disconsolate.” And no, Mills didn’t know about Snowden’s plans in advance. And she did miss him terribly. Before she took down blog posts and Facebook entries about their life together, the Baltimore Sun reported that she had written: “As I type this on my tear-streaked keyboard I’m reflecting on all the faces that have graced my path. The ones I laughed with. The ones I’ve held. The one I’ve grown to love the most. And the ones I never got to bid adieu. But sometimes life doesn’t afford proper goodbyes.”

But although she may have been blindsided by what happened, she wasn’t abandoned. The two didn’t break up. They stayed together and are together still.

2. Snowden Said the Media’s Portrayal of Her After He Left ‘Isn’t Quite Fair’

.entangled. #selfportrait #rearportrait #blogday have missed these forget the world kind of days. where time warps and the calendar lies about how much time has truly passed. #swing me away :]

During a Q&A after the movie was aired on Thursday night, Snowden said that the media’s portrayal of Mills wasn’t quite fair after he left. He spoke about the media’s tendency to make her a beautiful ornament. “There was a perception of her that isn’t quite fair,” he said. “It’s all too easy to be buried under a narrative that isn’t quite true.” He added that this is especially true when you don’t have the clout to get your own voice out in the public over what’s being said about you.

3. Snowden Said that Mills’ Love For Him Is Something He ‘Can Never Repay’

Snowden is forever grateful to Mills and how she handled everything that happened in 2013 and ever since. Snowden didn’t share his plans with Mills in advance of what he did, People reported. He believed that he could protect Mills and his family the best if he didn’t involve them. He just told Mills that he had to go away for awhile, and she found out the rest on the news.

In a live Q&A after the movie Snowden aired, Snowden shared his feelings of gratitude and love for Mills. He talked about scenes in the movie, such as a big fight they had in Japan, and referred to himself as “the world’s worst boyfriend.” Everyone struggles in intense situations, he said, but he would like to think he was a little better than the movie portrayed. Still, the secrets between them took a big toll.

She’s far stronger than I am. The fact that she forgave me and came to be with me is something I can never repay.”

4. Snowden and Mills Were Vacationing When Snowden Disappeared from the Internet in August

You may remember in August, when Snowden disappeared for over a week and scared thousands on the Internet who thought he had died. He tweeted two cryptic messages that he later deleted and then wasn’t heard from again. Snowden’s lawyer said theories about his death were unfounded. Glenn Greenwald took to Twitter to share that Snowden was OK:

Snowden himself finally resurfaced and put the rumors to rest:

The reports of my death are greatly exaggerated. pic.twitter.com/ZgIkapmcOC

Well, it turns out that Snowden was actually on a vacation of some sort with Mills. Mills tweeted a photo of the two of them on August 25. She wrote about the photo on her blog and said: “with the end of summer drawing near. the sun setting minutes earlier each day. and cooler currents whipping in. a vacay was in order. successfully hijacked this guy (sorry twitterverse for causing such a scare ? grabbed essential holiday tools: bundles of yarn, bikini, an adventurous attitude. and relaxed for the last days of the season before the real world takes over.”

5. Mills Was a Member of a Dance Troupe in Hawaii

L – FeverPerforming in Honolulu's Fringe Festival in the History of Pole. A piece showcasing the evolution of pole — from Chinese pole, burlesque and stripping to competitions, artistic expressions and the future of pole. My burlesque number was set to "Fever" by Michael Buble.2012-11-12T22:06:04.000Z

The movie Snowden focused on Mills’ work as a photographer and you can see many of her photos on her Instagram profile. But you’ll also see photoshoots from her work as a dancer. Her blog was once subtitled “Adventures of a world-traveling, pole-dancing superhero,” The Guardian reported. She was a member of the Waikiki Acrobatic Troupe and used her blog as a promotional tool for her work. In fact, the video posted above, from her YouTube channel, shows one of her performances. You can see more videos on her YouTube channel here.

Mills eventually deleted all the blog posts made about her life with Snowden, until she restarted the blog in March 2015. But she never brought back the old posts from when they were together in Hawaii. That part of their live remains only viewable through glimpses of past articles and portrayals in movies like Snowden.

Warm Hearts in Icy Ponds  #blogday #rearportrait A beautiful but #COLD #waterfall. The rain made it even colder, but I couldn't have been happier  Hope your weekend was just as magical #jj #lsjourney 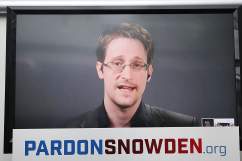 Read More
Breaking News, Edward Snowden, Movies
Lindsay Mills stood by her man, Edward Snowden, no matter how tough things got. They're still together. See photos and learn more about this amazing woman.