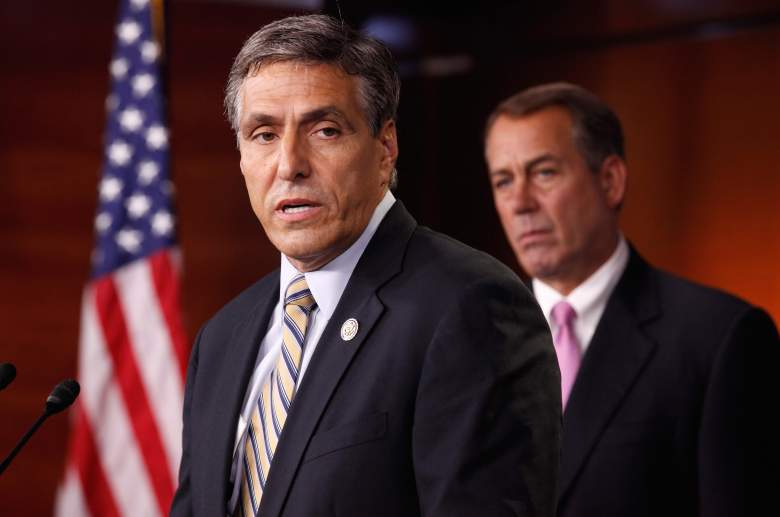 Lou Barletta, a noted hard-liner on illegal immigration, is another member of Donald Trump‘s transition team and has supported the billionaire’s run for the Oval Office since March 2016. He’s one of four members of Congress on the Executive Committee, alongside Chris Collins, Marsha Blackburn, Devin Nunes and Tom Marino.

Barletta represents Pennsylvania’s 11th Congressional district, which covers Columbia, Montour and Wyoming counties, along with some portions of neighboring counties. The district was represented by Democrat Paul E. Kanjorksi from 1985 to 2011, but it was redrawn in 2012, allowing Barletta to compete with Kanjorski. Barletta ran against Kanjorski in 2002, 2008 and 2010 before finally winning in 2012 and it became a heavily Republican district.

He is married to Mary Grace Malloy Barletta, and the two have four daughters. Mary and two of their daughters are elementary school teachers.

Here’s a look at Barletta and his support for Donald Trump.

1. Barletta Was an Illegal Immigration Hard-Liner as Mayor of Hazelton, Pennsylvania 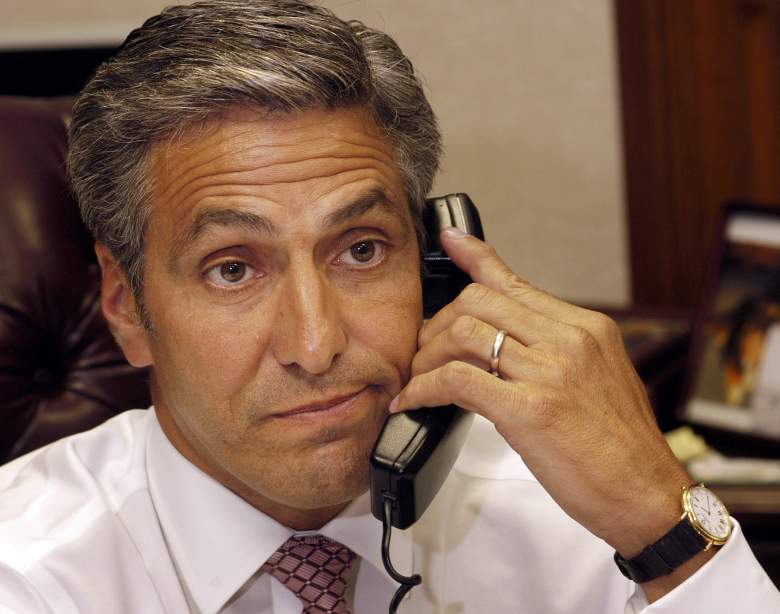 Baletta entered politics in 1999, when he became Mayor of Hazelton, Pennsylvania. He held the office until 2010. Barletta, who was born there, became nationally known as one of the toughest politicians on illegal immigration, a reputation that must have impressed Trump. He even vowed to make the city “one of the toughest places in the United States” for illegal immigrants.

In 2006, Barletta and the Hazelton City Council made it illegal for all illegal immigrants in the city to rent homes or work there. As the the Washington Post notes, the act also made English the city’s official language and banned employees from translating documents without authorization.

“I see illegal immigrants picking up and leaving — some Mexican restaurants say business is off 75 percent,” Barletta told the Post in 2006. “The message is out there.”

In July 2007, a Federal District court Judge struck down the ordinance, ruling that it interfered with federal laws on immigration and the due process of employers.

“Whatever frustrations officials of the City of Hazleton may feel about the current state of immigration enforcement, the nature of the political system in the United States prohibits the city from enacting ordinances that disrupt a carefully drawn federal statutory scheme,” Judge James M. Munley wrote in his ruling, reports the New York Times.

“I will not sit back because the federal government has refused to do its job,” Baretta vowed after the ruling. However, the ruling was upheld in 2010 by the U.S. Court of Appeals.

“Donald Trump’s voice is resonating with average Americans who feel their voice has been lost by their party,” he said. “I believe this will become a new Republican Party, one that we should embrace. We should be the party of working men and women, the party of America first.”

Barletta said he was pressured to not support Trump, but ignored those pleas. Instead, he said that Trump will earn the votes of “blue-collar Democrats.” He said of Trump, “He is bringing more Democrats and independents to our party than anyone I can remember since Ronald Reagan.”

Barletta admitted that Trump’s stance on curbing illegal immigration, which includes a wall on the U.S.-Mexico border, was part of Trump’s appeal to him.

Barletta was right about Trump appealing to working-class voters in Pennsylvania. Trump won the state with 48.8 percent of the vote and won nearly all counties in central Pennsylvania.

In June 2015, Baretta introduced the Visa Overstay Enforcement Act of 2015, which eventually became law after it was signed by President Barack Obama. The act, an amendment to the Immigration and Nationality Act, made overstaying a visa a criminal offense.

For the first offense, a person will face a fine or imprisonment for up to six months and cannot enter the U.S. for five years of be given another visa for 10 years. An alien convicted of overstaying a visa again might be barred from ever entering the U.S. or granted another visa.

“The 9/11 Commission Report taught us that many times, valid travel documents are terrorists’ best weapons. And terrorists want two things most of all: to be able to get into this country, and to be able to stay here,” Barletta said in a statement in June 2015. “More than 40 percent of the illegal immigrants present in this country came here legally only to have their visa expire – and then never left. It’s why I have always said, if your state is home to an international airport, then you effectively live in a border state.”

He later added, “It’s time that we made this serious violation of our immigration laws more than just a civil slap on the wrist.”

Barletta and Trump also agree on the country’s failing infrastructure. Barletta is a member of the Committee on Transportation and Infrastructure and the chairman of the Subcommittee on Economic Development, Public Buildings, and Emergency Management.

In 2015, he joined other officials on a tour of Pennsylvania to promote the need for upgrades to bridges, roads and other infrastructure.

“Pennsylvania has more than 5,000 structurally deficient bridges,” Barletta said during the tour.

Barletta supported the Fixing America’s Surface Transportation Act, which Obama signed in December 2015. The act set aside $205 billion to be spent on highways and $48 billion on other transit projects over the next five years.

5. Barletta Says Not Becoming a Pro Baseball Player Made Him Determined to Succeed

Barletta almost had an entirely different career. While studying at Bloomberg University, he participated in baseball tryouts in Florida for the Cincinnati Reds. He wanted to leave school to follow his dream to become a major league ballplayer. However, it didn’t work out and he blamed it on a lack or worth ethic.

When he spoke at a school in Danville, Pennsylvania in 2015, he told students that this experience made him determined to give everything he could in future endeavors. Prior to entering politics, he was the founder of Interstate Road Marking Corporation, which he sold in 2000.

“Back home, I started my own business and started to see government at home. The mayor and council were arguing all the time,” Baretta said, reports the Daily Item. “I went to the people in the office and asked them why they couldn’t get along. I ran for city council and won. I decided I could do more as mayor so I ran for mayor and won.”

Barletta says he occasionally plays baseball still and participates in the charity game between Republicans and Democrats in Washington, DC.

Loading more stories
wpDiscuz
0
0
Would love your thoughts, please comment.x
()
x
| Reply
Pennsylvania Rep. Lou Barletta, an illegal immigration hard-liner, is a member of Donald Trump's transition team and was just elected to a fourth term in Congress. Here's a look at his life and career.