A British member of parliament is being hailed as a hero after coming to the aid of a police officer stabbed in an apparent terrorist attack in London.

Tobias Ellwood reportedly gave mouth-to-mouth resuscitation to the police officer wounded during the attack that occurred on March 22nd. Metropolitan Police later said said there were “a number of casualties including police officers.”

Here’s what you need to know about Tobias Ellwood.

1. He is a Member of the British Conservative Party 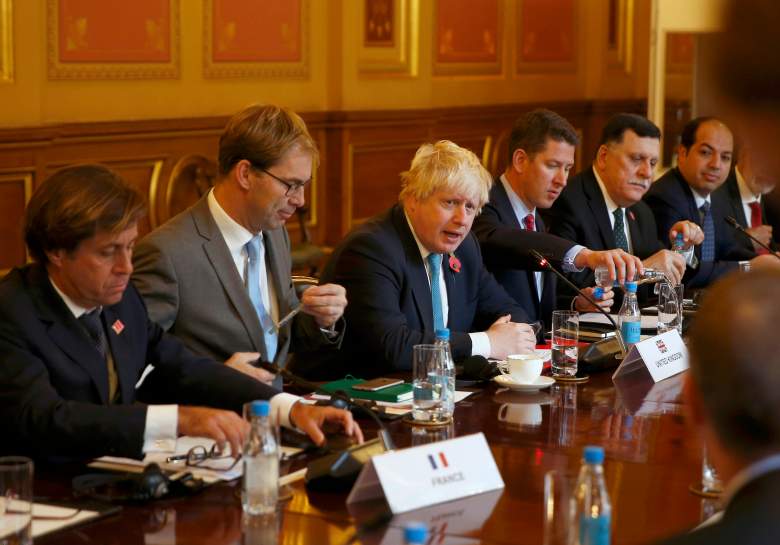 Tobias Ellwood attends a meeting with Boris Johnson, Faiez Serraj, and Ahmed Mateeg at the Foreign and Commonwealth Office on October 31, 2016 in London. (Getty)

Tobias Ellwood is a member of the British Conservative Party.

During the 2005 election, Ellwood was elected as a Member of Parliament for Bournemouth East, succeeding the outgoing David Atkinson. After David Cameron became the leader of the Conservative Party in Britain, Cameron appointed Ellwood to the Opposition Whips Office, and Ellwood later became shadow minister for Culture, Media and Sport.

During the 2016 Brexit vote, Ellwood was a supporter of remaining in the European Union.

“I personally decided to remain, as I thought it was in the best interests of the country,” Ellwood said in a statement. “However, the referendum gave everybody the opportunity to an equal vote, and the referendum result cannot be rejected. The result gave a clear message that the public didn’t feel the EU worked, and there were certain policy areas people were concerned about. In light of this, we cannot ignore the leave vote and the mandate given by the millions who voted leave.”

Ellwood currently serves as a UK Government Minister at the Foreign and Commonwealth Office.

2. He Served in the British Army 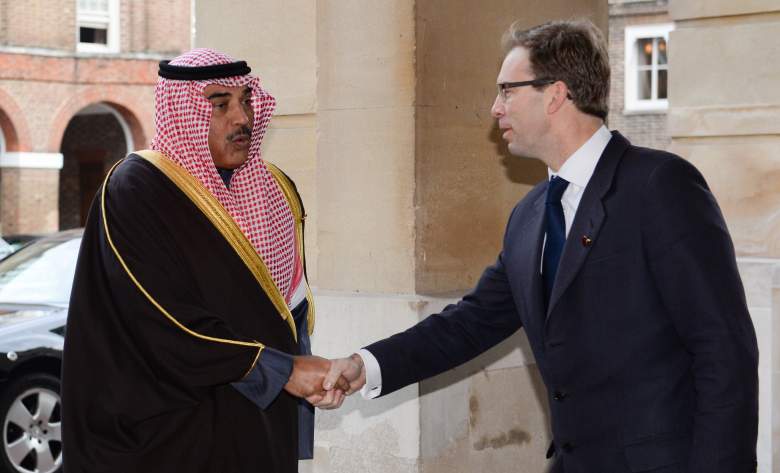 Kuwaiti Foreign Minister Sheikh Sabah Khaled al-Sabah is greeted by Tobias Ellwood as he arrives to attend a meeting with members of an anti-Islamic State coalition at Lancaster House in London January 22, 2015. (Getty)

Tobias Ellwood served in the Royal Green Jackets from 1991 to 1996.

This was an infantry of the British Army which was active until 2007. Ellwood served in Northern Ireland, Cyprus, Kuwait, Germany, Gibraltar and Bosnia, according to his biography on the U.K. government’s website.

Ellwood left the British army with rank of captain and is currently an Army Reservist. In 2014, he said that there has never been a better time to be in the British Reserves.

3. He is Married & Has Two Children 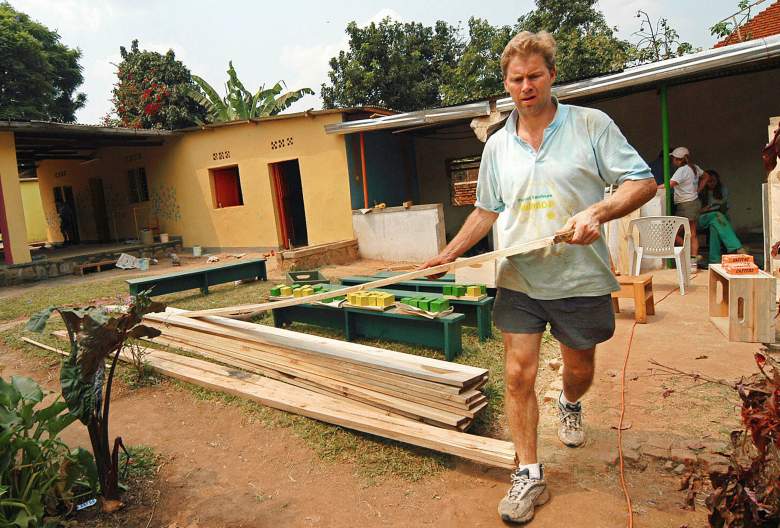 Tobias Ellwood is married, and he has two children.

According to his biography on the U.K. government’s website, Ellwood is married to Hannah Ryan. According to Politics.Co.Uk, Hannah Ryan was born in Dorchester. She works as a lawyer.

Tobias and Hannah have two sons: Alex and Oscar, according to Ellwood’s Facebook page.

Tobias and Hannah live in a in a £700,000 converted barn in a Dorset village, The Daily Mail reports.

4. His Brother Was Killed in a Terrorist Attack 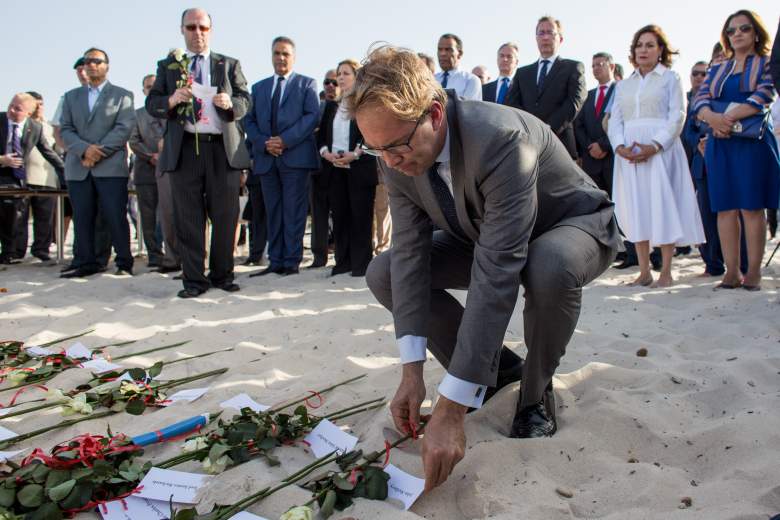 Tobias Ellwood lays a rose for each of the 30 British victims of the 2015 Sousse Beach terrorist attack during a memorial service on the beach in front of the Imperial Marhaba hotel on June 26, 2016 in Sousse, Tunisia. (Getty)

Tobias Ellwood lost his brother in a terrorist attack in 2002.

Tobias’ 37-year-old brother Jon was killed in the 2002 bombings that occurred in Bali. Jon was a teacher who was in the Indonesian province for a conference, according to BBC News.

It took three days for Ellwood’s family to find out that Jon had been killed, and Tobias told BBC News that the aftermath of the attack was so chaotic that he had to take many actions into his own hands, including burying his brother.

“You need death certificates in both languages, embalming certificates, sealing certificates,” he said. “All these processes require time and people to participate. None of that happened. I had to do many of those things myself to the point where I ended up screwing the lid down on the coffin myself. That can’t be right.”

Pause to remember my brother, Jonathan, killed on this day in the 2002 Bali Bombing. Aged just 37. We love you and miss you incredibly. pic.twitter.com/DDdQ6DicDk

5. He Stayed With the Police Officer Until an Ambulance Arrived

Remarkable photo. Minister for Counter-Terrorism @Tobias_Ellwood with blood on his face as he helps victims. pic.twitter.com/IapQmLI3PY

According to The Telegraph, Ellwood gave mouth-to-mouth resuscitation to the injured police officer and stemmed blood flow by applying pressure to the officer’s wounds.

Ellwood then remained with the police officer until an ambulance arrived. He was later seen with bloody hands speaking to police at the scene of the incident.

Photos of Ellwood coming to the officer’s aid quickly emerged online, and he was hailed as a hero on social media.

Read More
Breaking News
A British member of parliament is being hailed as a hero after coming to the aid of a police officer stabbed in an apparent terrorist attack in London.