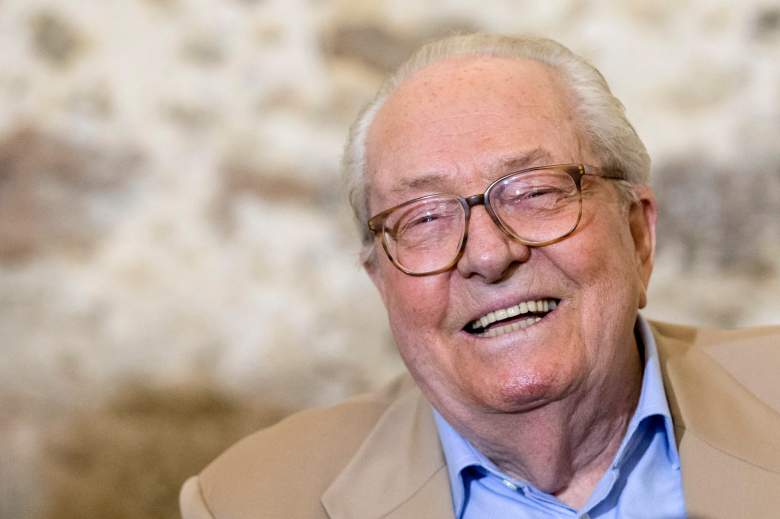 Marine Le Pen may become the next president of France.

So who is Jean-Marie Le Pen, Marine Le Pen’s father, and why is he such a controversial figure? Here’s what you need to know. 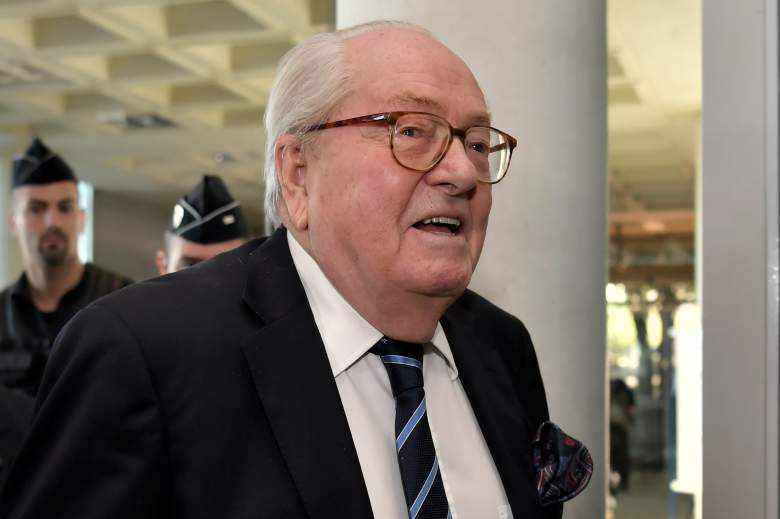 Jean-Marie Le Pen is the founder of the National Front party, the far-right nationalist political party that Marine Le Pen is running as part of.

Also known as the National Front for French Unity or the Front National party, this party was meant to unite many different factions of far-right thinking in France at the time. Jean-Marie Le Pen soon became the first president of the party.

From the beginning, an issue stressed by the National Front party was immigration reduction, in addition to anti-communism. Le Pen ran under the National Front party in the 1974 presidential election, but he received less than one percent of the vote, according to Election Resources. The winner that year was Valéry Giscard d’Estaing, a centrist. A few years later, François Mitterrand of the Socialist Party became president.

Throughout the 1980s, the Front National party began to score some victories in municipal elections and in the 1984 European elections. It was after 1984 that the party began to attract more mainstream support, according to the book Politics on the Fringe: The People, Policies, and Organization of the French. In the 1988 presidential election, Jean-Marie Le Pen was once again unsuccessful, but this time he earned 14 percent of the vote, coming in fourth place. In 1995, he earned 15 percent of the vote.

By the end of the 1990s, the party had become the third most influential in France, and in the 2002 election, Le Pen actually made it into the run-off election. He was ultimately defeated Jacques Chirac, another right-wing politician who was a member of the Rally for the Republic party. Le Pen ran again in 2007, but this time his support had declined to 10 percent. He did not run in 2012, but his daughter, Marine Le Pen, did, and she captured 18 percent of the vote.

2. He Has Downplayed the Significance of Nazi Gas Chambers & Has Been Fined Multiple Times for Holocaust Denial 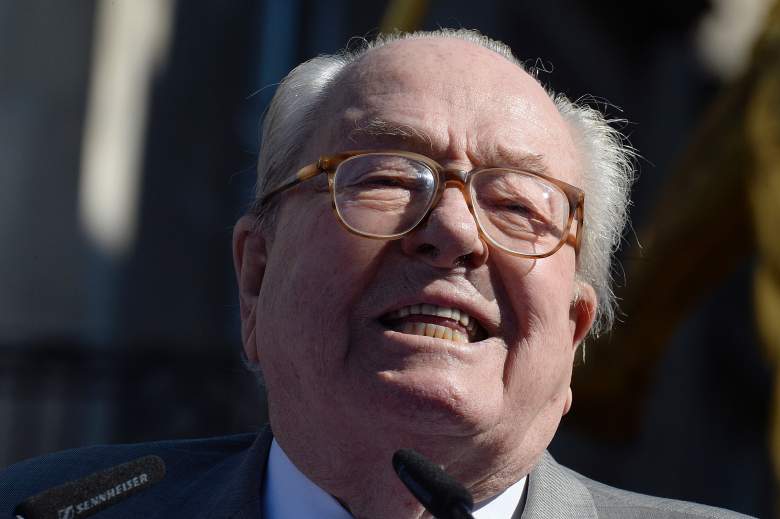 Jean-Marie Le Pen delivers a speech at the Place des Pyramides in Paris on May 1, 2016.
(Getty)

Jean-Marie Le Pen has made a number of highly controversial, anti-Semitic statements about the Holocaust.

In a 1987 interview, Le Pen said that gas chambers were nothing more than a “detail in the history of World War II,” according to Al Jazeera. He repeated this statement in 1996, saying “If you take a 1,000-page book on World War II, the concentration camps take up only two pages and the gas chambers 10 to 15 lines. This is what one calls a detail.”

For his remarks, Le Pen has been charged multiple times with violating the Gayssot Act, which prohibits Holocaust denial in France.

Le Pen has never apologized for what he has said about the Holocaust and continues to defend himself to this day. Last year, he was charged yet again when he defended his statements in a new interview, saying he stands by these views because “because it’s the truth,” according to The Guardian.

He made a similar statement in an interview published last month.

“I regret the persecution of which I was the object, unjustly,” Le Pen said, according to The Washington Post.

According to Forward, just two months ago, Le Pen was charged again for saying of a French singer, “next time we will put him in an oven.”

3. He Was Suspended From Parliament for Assaulting a Woman & He Was Recently Charged With Inciting Racial Hatred 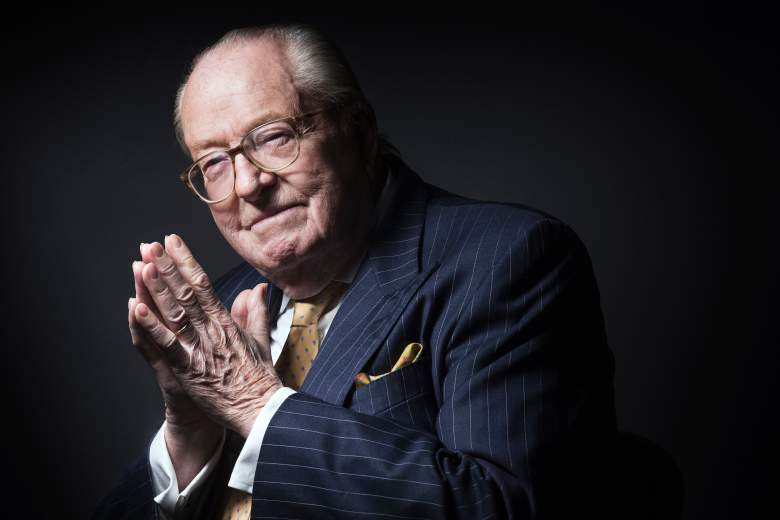 To this day, Jean-Marie Le Pen serves as a member of European Parliament. Le Pen won this seat in 1984, and he has been continuously re-elected over the past several decades in spite of his controversial statements which have lead to charges and fines.

In 1997, Jean-Marie Le Pen had his parliamentary immunity removed so that he could be tried for his comments denying the impact of the Holocaust in a press conference, according to BBC.

He was also suspended in 2000 after assaulting Annette Peulvast-Bergeal, a member of the Socialist Party, according to the Los Angeles Times. He lost his seat in the 2003 election and was banned from seeking office for another year, but he won a seat back in parliament the next year.

Jean-Marie Le Pen was recently charged over his controversial statements, this time when he disparaged Romani people.

These comments came in a press conference in which Le Pen said, “It appears you have a problem with several hundred Roma who have an irritating and, let’s say, smelly presence in this city.”

Le Pen was subsequently charged with inciting racial hatred and ordered to pay €5,000, according to Al Jazeera. He did not apologize for the remarks and instead doubled down on them, saying, “I stick by these terms because it is what I think.”

This was the ninth time Le Pen was charged over offensive comments he made.

4. In His 2002 Election Campaign, He Stoked Fears of Muslims & Immigrants 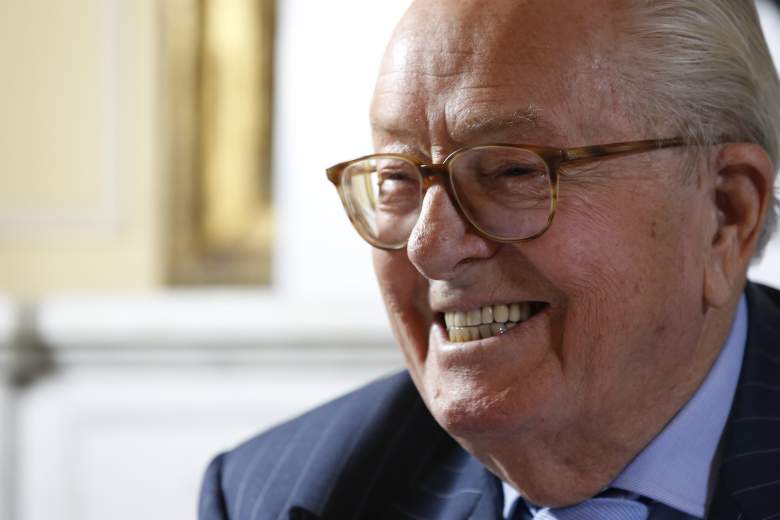 The 2002 presidential election in France was the year that Jean-Marie Le Pen shocked the world by making it into the runoff election.

That year, his campaign was centered largely around scapegoating immigrants and stoking fears of Muslims.

According to The Boston Globe, Le Pen specifically targeted French Muslims of North African origin, blaming them for the country’s economic and social issues. He promised a policy of “zero immigration” and said that immigrants are “a mortal threat to civil peace in France.”

He also warned that the Muslim population would soon grow tremendously and that “they will be calling the shots while we will walk past them with our heads bowed.”

Ultimately, Jean-Marie Le Pen was soundly defeated in the run-off election, with Jacques Chirac earning 82.2 percent of the vote.

5. Marine Le Pen Expelled Him From the Party & Has Publicly Denounce Him 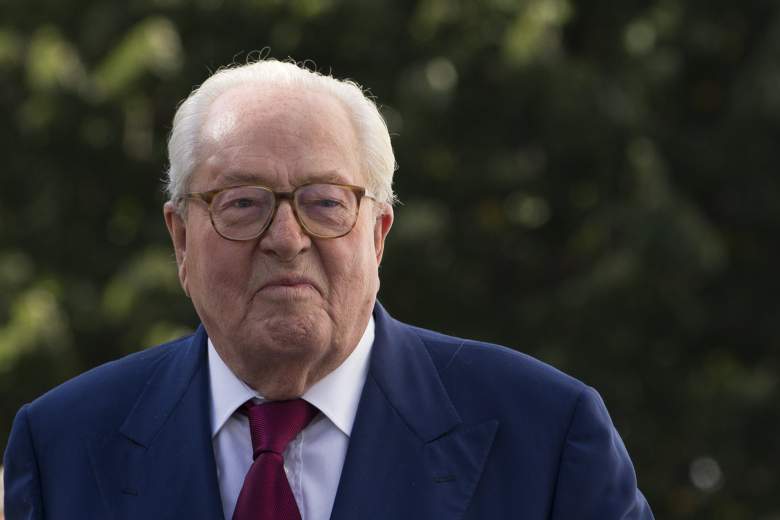 After all, in 2015, Marine expelled Jean-Marie from the National Front party. This came as Marine was attempting to move the party away from the racism and antisemitism of its past, yet at the same time, Jean-Marie continued to make racist and anti-Semitic comments.

After Marine expelled her father from the party, he publicly disowned her, and they haven’t spoken since, according to The Guardian.

According to The Australian, Marine Le Pen recently said that it was “difficult” being Jean-Marie Le Pen’s daughter, adding that she suffered as a result of his politics.

Loading more stories
wpDiscuz
5
0
Would love your thoughts, please comment.x
()
x
| Reply
Marine Le Pen is the daughter of Jean-Marie Le Pen, a controversial politician who has been charged multiple times for racist and anti-Semitic statements.