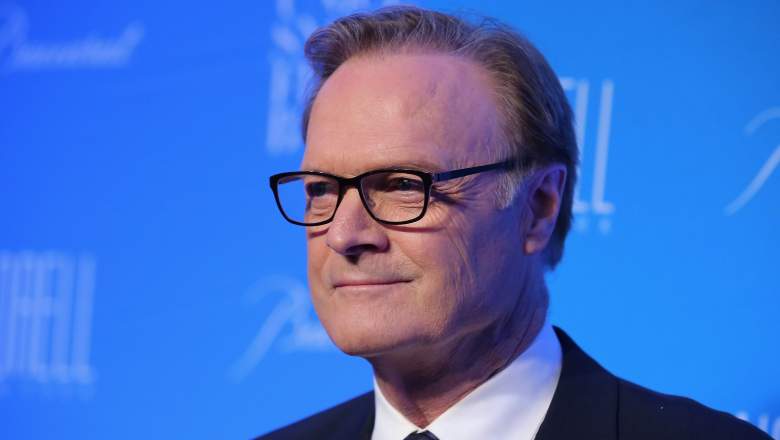 Lawrence O’Donnell’s ratings might be great in the age of President Donald Trump, but that did not stop MSNBC from playing hardball with his contract. The host of The Last Word With Lawrence O’Donnell teased on Twitter last month that June 4 could be his last day at the network. However, during his May 31 episode, O’Donnell announced that he will be staying at MSNBC after all.

BREAKING: It looks like @Lawrence has renewed his contract and will be staying on @MSNBC for the next couple of years! Congrats! pic.twitter.com/42YVcsVkuP

“Contract expires June 4,” O’Donnell wrote on Twitter. “I’ll let you know where you can watch me June 5 if it’s not msnbc. I’m sorry this situation has become public.”

You can follow O’Donnell on Twitter. The Last Word staff also runs an Instagram page. O’Donnell was married to actress Kathryn Harrold from 1994 to 2013, and they have a daughter, Elizabeth. He was linked to former NBC News anchor Tamron Hall.

Here’s what you need to know about O’Donnell’s salary and net worth.

1. O’Donnell Has an Estimated Net Worth of $12 Million & Earned $4 Million a Year

O’Doonnell has an estimated net worth of $12 million, Celebrity Net Worth notes. The same site estimates that he earns $4 million a year.

The 65-year-old Boston native is a Harvard graduate and began his professional career as a writer. In the early 1990s, he was a legislative aide in Congress. From 1999 to 2006, he began working on Aaron Sorkin’s The West Wing, writing and co-producing several episodes. He also created the short-lived show Mister Sterling in 2003. He also acted on The West Wing and played Lee Hatcher in HBO’s Big Love.

O’Donnell began appearing on MSNBC when it launched in 1996. He was also a frequent fill-in host when Keith Olbermann was off. In 2010, The Last Word launched.

2. MSNBC Will Bring Back O’Donnell After All

News about O’Donnell’s future at MSNBC being uncertain was first reported by the Huffington Post on May 14. Citing four sources, the site reports that MSNBC hasn’t been talking with O’Donnell and his team about renewing The Last Word, even though he has just four weeks left on his contract.

NBC News told the Huffington Post that it wouldn’t comment on “ongoing negotiations,” but the site’s sources said there were no negotiations at all.

On May 15, a source told The Wrap that MSNBC chairman Andy Lack wants to replace O’Donnell with the controversial Brian Williams. That’s the same Brian Williams whose career as NBC Nightly News anchor crashed and burned when it was revealed that some of his personal stories weren’t true. Williams was demoted to MSNBC, but Lack has tried to rehab his career, giving Williams the 11 p.m. ET slot.

The Wrap reported that MSNBC did start “preliminary” talks with O’Donnell, but the site couldn’t confirm if the talks took place before or after the Huffington Post report.

But during his May 31 show, O’Donnell confirmed that he’s not going anywhere.

Yes I will be saying hi to Rachel @maddow at 10pm for the foreseeable future. https://t.co/LKlkRTXL3F

On May 16, O’Donnell started addressing the contract issue on his Twitter page. At first, he wrote, “Phil has always been fully supportive of the lineup he created.” As Deadline notes, this is a reference to his boss, Phil Griffin.

Next, O’Donnell wrote to a fan, “Contract expires June 4. I’ll let you know where you can watch me June 5 if it’s not msnbc. I’m sorry this situation has become public.”

Contract expires June 4. I'll let you know where you can watch me June 5 if it's not msnbc. I'm sorry this situation has become public. https://t.co/bS8V8GXbZ1

"I consider us a team," @maddow says to @Lawrence as she hands show over to him.

With Trump’s approval ratings continuing to slide, Fox News‘ ratings have as well. Although the network continues to be the most-watched cable network in the U.S., it isn’t doing well in the important 25-54 age demographic.

Back in March, The Hollywood Reporter noted that Rachel Maddow, whose show airs at 9 p.m. ET, began a winning streak in the demo. During the week of March 6, she became the No. 1 show in cable news, averaging 624,000 viewers in the 25-54 age group.

As for O’Donnell, he had 2.3 million total viewers on May 17, Nielsen data shows, less than 160,000 viewers behind Fox News’ Sean Hannity. O’Donnell beat Hannity in the 25-54 demo with 600,000 viewers. Last week, Deadline reported that Maddow, O’Donnell and Williams all won their timeslots in total viewers. It was the first time MSNBC had the highest total viewer average – 2.4 million viewers – in cable news since December 2008.

Back in July 2015, Trump and O’Donnell got into a weird argument over how much NBC really paid Trump for hosting The Apprentice. It started when O’Donnell claimed Trump lied about his Apprentice paychecks, telling Morning Joe that Trump was a “hired hand” on the show and that producer Mark Burnett was the guy really earning money from the show.

Since this was when Trump was still calling into TV shows himself, Scarborough said Trump called Morning Joe to place a wager. If Trump really wasn’t telling the truth about his Apprentice salary, he would pay O’Donnell a year of his salary. If Trump was right, O’Donnell would have paid Trump his salary.

As Mediate notes, O’Donnell eventually addressed the bet, saying he wouldn’t do it.

“No, Donald, there won’t be any bet because I would never bet about anything,” O’Donnell said. “And, I might be wrong. I have never said I know exactly how much Donald Trump made for the entire series. I don’t know. I’ve made semi-educated guesses about it and I don’t really care very much about it. […] I stupidly jumped into talking about it again on Morning Joe today where I, in effect, hijacked a few minutes of the show to talk about this thing that I know doesn’t matter.”

That incident hasn’t stopped O’Donnell from constantly criticizing Trump every night. In one recent episode, he suggested that Trump White House staff should “lawyer up.”

Loading more stories
wpDiscuz
5
0
Would love your thoughts, please comment.x
()
x
| Reply
Lawrence O'Donnell, whose ratings have never been better, might be leaving MSNBC. Here's a look at his salary and net worth.