Christopher Wray was picked as the successor to James Comey as FBI Director by President Donald Trump after Trump fired Comey in May 2017.

Wray, who was sworn in as FBI Director in August, was the assistant attorney general for the Justice Department’s Criminal Division from 2003 to 2005, and in recent years he has worked at the law firm King & Spalding. Wray has been married to his wife Helen for almost 30 years.

Here’s what you need to know about Helen Wray, the wife of Christopher Wray: 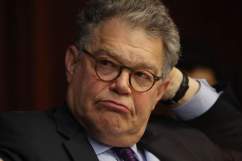 1. Her Family Has Lived in Atlanta Since the 19th Century 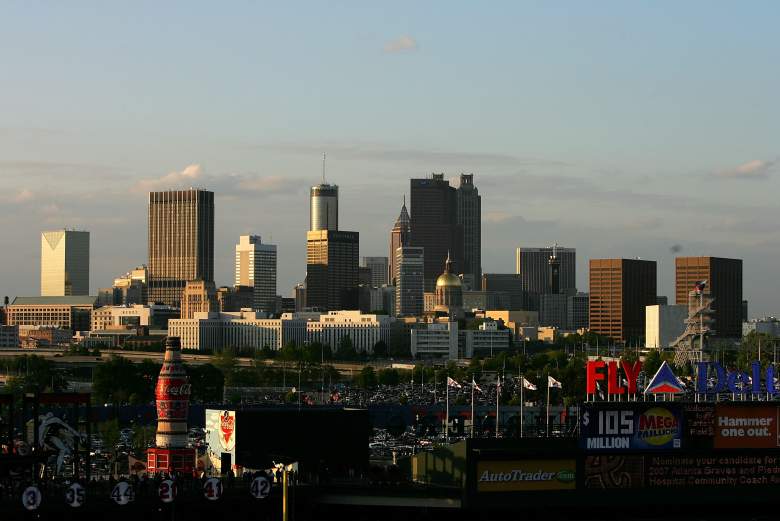 according to Buckhead Heritage, Helen’s family has lived in Atlanta. since the 19th century. Her great-grandfather, Clark Howell came down to Atlanta from Duluth in 1854, purchasing a saw mill there. His son, Evan Howell, fought in the Civil War.

Evan Howell, Helen’s great uncle, was the mayor of Atlanta and once owned the Atlanta Journal Constitution, purchasing it in the late 19th century.

“(In) the 1870s, and I have to believe that it was cash flow from the things that gave him, I think it was $20,000, that he was able to buy the paper,” Helen’s father, Henry Howell, told Buckhead Heritage.

In addition, Helen’s father, Henry, was the vice president of the First National Bank of Atlanta for 30 years before his retirement.

“I was lucky enough to go to work for First National Bank in 1963, and retired thirty years later,” Henry Howell told Buckhead Heritage. “I have worked in the commercial banking area, the international department, and in private banking. It was a wonderful place to work.”

According to Stephanie Howell’s obituary, Helen’s grandfather on her mother’s side was a Yale professor who introduced Helen’s mother, Stephanie, to one of his former students, Henry Howell. Henry and Stephanie were married for 49 years until Stephanie’s death in 2012.

2. She & Christopher Both Went to Yale 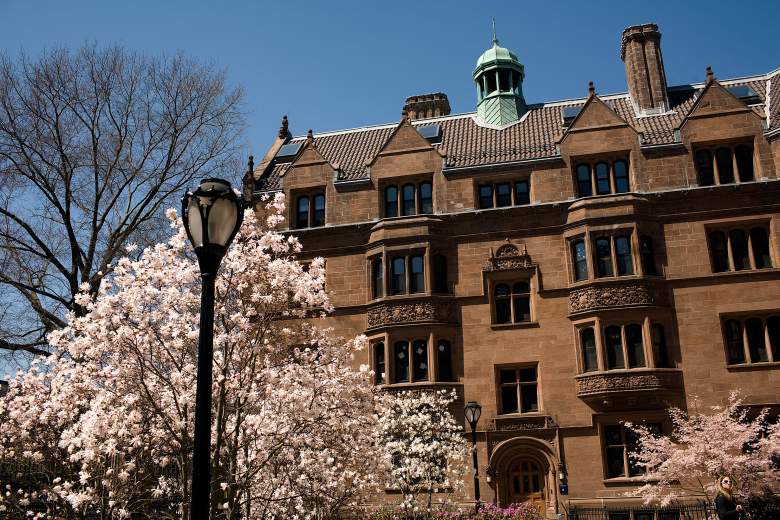 Trees bloom on the campus of Yale University on April 16, 2008 in New Haven, Connecticut. (Getty)

Christopher and Helen Wray are both graduates of Yale.

According to The New York Times, Helen and Chris were both members of Yale’s class of 1989.

After completing his undergraduate studies, Christopher Wray attended Yale Law School, graduating with his law degree in 1992. Wray’s Yale experience actually came up during his Senate confirmation hearing in 2003, with Senator Saxby Chambliss jokingly suggesting that Wray betrayed Atlanta by leaving to go to school in Connecticut.

“We will excuse him for attending Yale University for both his undergraduate studies and his legal education, but he saw the light and came back to Georgia,” Senator Chambliss said.

3. She Worked for the Yale Daily News

Helen’s grandfather once owned the Atlanta Journal Constitution, but Helen spent some time working on a newspaper herself.

While she was a student at Yale, Helen was the business manager of The Yale Daily News, according to The New York Times.

On Twitter immediately after Christopher Wray’s nomination in June, the Yale Daily News made note of the fact that the new director of the FBI is a graduate of the school.

Christopher Wray has been married to his wife Helen for almost 30 years now.

Chris and Helen were married on August 12th, 1989. According to The New York Times, Catherine Caro Howell, Helen’s sister, was the maid of honor in the ceremony, while John Poinier was the best man. The wedding took place at the Episcopal Cathedral in Atlanta, Georgia.

The couple was married just one month before Christopher Wray began his studies at Yale Law School.

5. She & Chris Have Two Children

Christopher and Helen Wray have two children, both of whom were present for their father’s Senate confirmation hearing in 2003.

Larry Thompson, who served as deputy attorney general under George W. Bush, is the godfather of Chris’ son Trip. 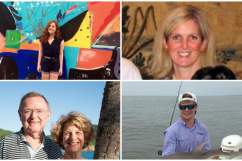 Read More
Breaking News, Donald Trump, Politics
Christopher Wray is the current FBI Director. He has been married to Helen Wray since 1989.