A manhunt has led to the capture of Lucifer Nguyen, who is accused of randomly murdering a beloved financial adviser in her Minnesota office building.

Police say that Nguyen, 44, shot and killed Beverly Cory, 47, while fleeing police after a robbery. He’s believed to be armed and dangerous and has a pending methamphetamine criminal case in Wisconsin.

Cory was a beloved member of the LGBT community, who worked tirelessly for a better community. Cory worked for Edward Jones since 2003, according to her LinkedIn page. She had a master’s degree from St. Catherine University and a bachelor’s degree in mathematics and computer science.

Nguyen has now been charged on accusations of murder, aggravated robbery, burglary and kidnapping. The complaint alleges that he killed Cory with a single gunshot to the head.

Shortly after midnight on August 1, the Dakota County Sheriff’s Department announced that Nguyen had been captured.

Mendota Heights murder fugitive Nguyen is in custody. We will update with more details once verified. pic.twitter.com/Foeabko2j3

1. Nguyen Is Accused of Shooting Cory After First Fleeing Into a Senior Citizen Center

The tragic events of July 29 started out with an armed robbery in Mendota Heights, Minnesota of a grandmother who was babysitting, sparked a police chase, and led to Nguyen allegedly fleeing into a senior citizen’s center before shooting Cory to death in an adjacent office building. At one point, the suspect also crashed his vehicle into a pond, but somehow he managed to elude police.

The complaint alleges that Nguyen allegedly “knocked on her door inquiring if this was the ‘Miller’ residence.” He initially left, but returned and entered the bedroom where she was with her grandchild, “pulled out a handgun and demanded cash.” He allegedly took money and left the home; police spotted his car and a chase ensued, culminating in the suspect vehicle crashing into a pond, Patch reported.

A few minutes later, an employee at the senior care center told police “a male with a gun, who she later identified as Nguyen, forced her into a laundry room and took her work keys, according to police,” Patch reported. According to Patch, police started evacuating the center, but then saw “blood seeping underneath a door in a suite in an adjacent office building” and found Cory deceased “on the floor inside the suite.”

You can read the criminal complaint here.

Police said in a statement posted to Facebook that Nguyen and Cory did not know one another, but they haven’t revealed much about the circumstances of her death.

See the attached Media Release from @timlforsheriff and Chief McCarthy regarding an update on Homicide investigation in Mendota Heights. pic.twitter.com/2hgIUU3jG1

According to CBS Minnesota, police believe that Nguyen robbed the first woman in her home. “Police chased the suspect vehicle, the chase ending with a suspect running away, briefly taking refuge in a nearby senior center. And then, across from that center a woman was shot at an office building,” the television station reported, adding that police say Nguyen “left his car behind before running to the senior center and office building.” 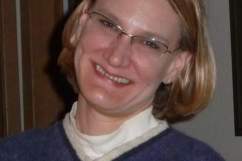 2. Nguyen Has an Open Meth Charge in Wisconsin Courts

Nguyen was on the loose even though he had open felony cases in Wisconsin courts and had twice forfeited bail in one of them.

Nguyen has an open felony case for battery by prisoners in Douglas County. He was due to appear in court for an arraignment on August 18. Nguyen’s address was given as New Hope, Minnesota in that case.

He forfeited bail in that case twice, and a warrant was issued for his arrest, but the warrant was canceled on July 24, court records show.

Nguyen also has a second open felony case in Wisconsin on accusations of possession with intent to deliver amphetamine and “Possess Drug Paraphernalia to Manufacture, Compound, Convert, Produce, or Store Methamphetamine.”

He was cited in Wisconsin in April 2017 for hit and run of an unattended vehicle.

In Minnesota, he has convictions for “misdemeanor theft, careless driving and drunken driving,” The Minneapolis Star Tribune reported.

3. Multiple Agencies Were Searching for Nguyen, Who Changed His Name Legally to Lucifer

The suspect’s unusual name was one he chose, legally changing his name to Lucifer from Thanh Hoang Nguyen in 1997, court records showed.

In 1997, Lucifer Vincent Nguyen had his name legally changed from Thanh Hoang Nguyen, according to court records. Lucifer by choice.

Nguyen is still on the loose more than 24 hours after the slaying. Police said on Facebook that they think he might have already left the Minnesota area.

In a case update on July 30, Mendota Heights, Minnesota police confirmed that the victim of the Mendota Heights homicide was Cory, 47. The suspect was identified as Lucifer Vincent Nguyen, 44. He stands 5 feet 5 inches tall, weighs 150 pounds, and was last seen wearing a black T-shirt. He is believed to be armed and dangerous.

The shooting was random, authorities believe.

Police said there was “no known previous connection between the suspect, Lucifer Nguyen, and the victim.”

Police said on Facebook that detectives from the state Bureau of Criminal Apprehension, the Dakota County Sheriff’s Office, and the Mendota Heights Police Department were “working on several leads” but that the suspect, who also has ties to Wisconsin, may have already left the area.

They asked people with information on the suspect to call the Dakota County Sheriff’s office at 651-322-2323.

According to the criminal complaint, Cory’s car was taken, but it was found on July 30 at the Washington County fairgrounds. A man who lives nearby reported that a man matching Nguyen’s description had asked him for a ride to a casino. The complaint also alleges that Nguyen purchased a cell phone at a Wal-mart after the homicide in Oak Park Heights, Minnesota.

4. Cory Was Remembered For Her Work With the LGBT Community

Tributes flowed in for Beverly Cory, who sometimes went by the name of Bev, and who was survived by her wife, Kim. Some of those tributes came from the LGBT community, where she was regarded as a leader.

Lavender Magazine joined those in posting tributes to Cory, describing her as “one of the kindest people you’ve ever met.” She is survived by her wife, Kim, the magazine reports.

“On behalf of everyone at Lavender Magazine, we send our condolences to the family and friends of Beverly Cory, the victim of a shooting yesterday in Mendota Heights. Beverly was a financial advisor for Edward Jones, and a member of Quorum, the GLBT Chamber of Commerce. She was also one of the kindest people you’ve ever met. We join the community in grieving for Beverly, and our thoughts are with her wife, Kim, and Beverly’s family and friends. The world is a little less bright with her passing.

A friend wrote on the magazine’s comment thread, “I am saddened with this news. My life has been bettered by knowing her. Our world is a little darker without her in it.” Another wrote, “Beverly Cory and her unforgettable smile had a way of brightening a room as she walked in. The World is a dimmer place without her.”

Cory was also a member of Quorum, a non-profit organization dedicated toward building a more inclusive community by championing the business argument for it. “Today, it is with a very heavy heart, that we send our our prayers and love to Beverly Cory’s wife Kim and her family and friends. Taken entirely too soon by a senseless tragedy, we mourn the loss of a colleague and friend,” the organization wrote on Facebook.

“A financial advisor with Edward Jones, a past Quorum board member, and a longtime Quorum member, Beverly represented the very best of the Quorum values of building, strengthening and connecting the LGBT and Allied business community. We have lost a true friend and strong community mentor. The world indeed shines a little less brightly today for this tragic loss.”

5. Police Were Moved By the Resilience of Cory’s Family & Friends

Mendota Heights police posted an emotional statement about the positive character of Cory’s family and friends on Facebook in the midst of the hunt for Nguyen.

“Update. Suspect still at large. On a personal note, we didn’t know the victim but we did speak with her family and friends. If she was half as amazing, caring, and resilient as they are, the world lost an amazing soul,” police wrote on Facebook on July 30.