Phoenix Mayor Greg Stanton wanted President Donald Trump to delay his August 22 rally in the city, which is taking place only 10 days after the violence in Charlottesville, Virginia. Stanton, a Democrat, has been critical of Trump before and feared that him coming to Arizona’s capital city would incite violence, especially if Trump plans to announce a pardon of former sheriff Jim Arpaio.

The 47-year-old Stanton has served as Mayor of Phoenix since January 2012 after his successful election in 2011. He was re-elected in 2015. Before that, the Marquette University and Michigan Law School graduate served on the Phoenix City Council for nearly a decade.

Stanton and his wife, Nicole Stanton, split in January 2016. They have two young children together, Trevor and Violet. You can follow Stanton on Twitter and Facebook.

Here’s what you need to know about Stanton and his thoughts on Trump.

1. Stanton Wanted Trump to Postpone the Phoenix Rally After Charlottesville

My statement on Trump's August 22 event at the @PhoenixConvCtr. pic.twitter.com/nPYIHX5eVg

Stanton issued a statement on August 16 asking the President to postpone his Phoenix rally in light of the events in Charlottesville, Virginia on August 12. That day, a woman was killed during a “Unite the Right” rally organized by the alt-right, white supremacists and neo-Nazis.

The day before Stanton issued his statement, Trump claimed there were “very fine people” marching with the neo-Nazis, doubling down on his August 12 statement that there was violence “on many sides.”

“I am disappointed that President Trump has chosen to hold a campaign rally as our nation is still healing from the tragic events in Charlottesville,” Stanton wrote. “If President Trump is coming to Phoenix to announce a pardon for former Sheriff Joe Arpaio, then it will be clear that his true intent is to enflame emotions and further divide our nation. It is my hope that more sound judgement prevails and that he delays his visit.”

On August 21, Stanton told CNN that he was still disappointed that Trump was going through with his plan to have the rally.

In his speech on Monday, Trump said that it was important for Americans to come together, although he didn’t mention Charlottesville by name. “The young men and women we send to fight our wars abroad deserve to return to a country that is not at war with itself at home. We cannot remain a force for peace in the world if we are not at peace with each other,” Trump said. 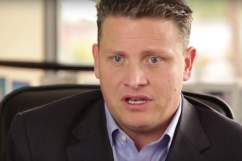 2. Stanton Said Trump Pardoning Arpaio Would Be a ‘Presidential Endorsement’ of ‘Lawlessness & Discrimination’

In an interview with Fox News earlier this month, Trump said he was “Seriously considering” pardoning Arpaio, who isn’t scheduled to be sentenced for contempt of court until October 5. U.S. District Judge Susan Bolton convicted the 85-year-old Arpaio for refusing to stop his anti-immigrant patrols as ordered. He kept the patrols going for 17 more months after the order was issued. He could be sentenced to up to six months in jail.

In an August 21 Washington Post op-ed, Stanton made it clear that he does not agree with pardoning Arpaio.

“A pardon of Arpaio can be viewed only as a presidential endorsement of the lawlessness and discrimination that terrorized Phoenix’s Latino community,” Stanton wrote. “Choosing to announce it in Phoenix — especially in the wake of Charlottesville — would add insult to very serious injury and would reveal that the president’s true intent is to further divide our nation.”

Stanton said Arpaio, who dubbed himself “America’s Toughest Sheriff,” “illegally targeted Latinos in our community because of the color of their skin.” The mayor also pointed out that Maricopa County residents were already tired of his act before he was convicted, voting him out of office. He lost by 10 points.

“A pardon won’t change the fact that Arpaio was convicted of a crime, nor will it shake our resolve to keep building a city that is welcoming, is inclusive and provides opportunities for anyone willing to work for them,” Stanton wrote. 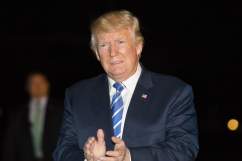 3. Stanton Has Been Critical of Trump’s Immigration Policies, but Phoenix Isn’t a Sanctuary City

Although Stanton has been critical of the president’s immigration policies, Phoenix has surprisingly not become a sanctuary city, unlike other big cities. A “sanctuary city” describes a city that requires its local authorities to not cooperate with federal authorities and protects undocumented immigrants from deportation.

Phoenix faced a decision on becoming a “sanctuary city” in February. As AZCentral reported, the Phoenix City Council agreed to vote on a citizen petition that asked for the city to declare itself one. The petition was submitted by Republican resident Rick Robinson. The City Council voted against the petition, 7-2.

Stanton voiced opposition to the petition, notes AZCentral. He called Robinson a “Republican political operative” and noted that Phoenix becoming a sanctuary city would violate Arizona’s Senate Bill 1070, which was held up by the Supreme Court in part. Members of the city council said they would find other ways to challenge Trump’s January 25 immigration executive order on border security.

“We must respect the Supreme Court’s unanimous decision and the rule of law — and I will not ask Phoenix police officers to knowingly violate the law,” Stanton said in February.

Although the city hasn’t become a sanctuary city, Stanton has been critical of Trump’s immigration views, especially since Mexico is an important economic partner for Arizona. “What he’s proposing to do sticks a fork in the eye of our partner, the people, the businesses and the country of Mexico,” Stanton said in January. 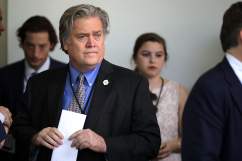 4. Stanton Has Been Considered a Potential Senate or Congressional Candidate

Stanton’s political future could take him to Washington, either as a Senator or Member of the House of Representatives. The New York Times reported that Stanton is “believed to be considering a campaign” to run against Republican Senator Jeff Flake, who is up for re-election in November 2018. Of course, Flake might be pushed out of his own party since former state senator Kelli Ward, who ran against Senator John McCain in 2016, is running for the Republican nomination.

If Flake chooses not to run for Senate, he could run for the House. On August 11, 12 News reported that Representative Kyrsten Sinema, who represents part of Phoenix and other cities in Maricopa County, is planning to run for Flake’s seat. If she does, Stanton will run for her vacant seat, sources told 12 News.

“I’ve heard from many Arizonans encouraging me to run for the United States Senate. It is something I am seriously considering. When I make any decisions, Arizonans will be the first to know,” Sinema said in a statement. 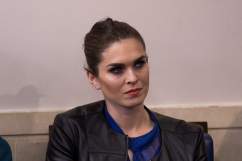 In July, the Department of Justice filed an amicus brief in the case of Donald Zarda, who is suing his former employer Altitude Express. In the amicus brief, the DOJ said it did not believe that Title VII of the Civil Rights Act of 1964 covered employment “discrimination based on sexual orientation.”

Stanton told KTAR News that he didn’t think the outcome of the case would impact Phoenix’s own nondescrimination ordinance, which has been in place since 2013.

“I’m 100 percent confident that our strong non-discrimination ordinance still applies regardless of the outcome of this case,” Stanton said. “If you are an employer in the City of Phoenix, you cannot discriminate based upon LGBT status. And that makes Phoenix a more competitive workplace.” 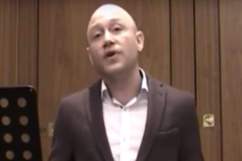 Read More
5 Fast Facts, Arizona, Donald Trump, Phoenix, Politics
Follow Heavy ↓
Phoenix Mayor Greg Stanton has asked President Donald Trump not to hold a rally in his city and has opposed Trump's policies in the past.