Millie Bobby Brown is one of the biggest young stars in Hollywood these days following her breakout role in Netflix’s Stranger Things. And at just 13-years-old, it’s no surprise she’s doing well for herself.

Millie has an estimated net worth of $3 million, which she’s accumulated since getting her start in the industry in 2013.

In 2016, Brown was ranked #1 on IMDB’s top breakout stars, and #3 on the top stars of 2016, after Margot Robbie and Emilia Clarke. For the former, she beat out Gal Gadot, Alicia Vikander, and Daisy Ridley.

In January, The Hollywood Reporter announced that the starlet had signed on to the Godzilla sequel. Michael Dougherty will be directing the project, which was co-written with Zach Shields.

2. Reports Suggest She Can Demand over $4 Million per Movie

In December, The Daily Mail reported that following the success of Stranger Things, Brown has the power to command in excess of $4 million per movie.

At the time, a production source told the outlet, “Millie has that unquantifiable star quality. She is also extremely talented and hard-working but, above all else, exceedingly driven, ambitious and determined. She may only be 12 but Millie, and her team, have a very focused career plan in place, and the world really is her oyster.”

3. Her Father Allegedly Demanded $100,000 From Agents to Represent Her

After Stranger Things was released, Brown’s father, Robert, reportedly asked for $100,000 from agents for the right to sign Millie.

Sources from five different agencies reportedly told the Hollywood Reporter that “that a sizable cash payment would be necessary for Millie to sign with that agency.”

A representative for Brown reportedly confirmed that the requests were made by Millie’s father, but said that he was merely following bad advice from someone outside the business.

Brown is currently signed with WME, and is managed by Affirmative Entertainment.

4. Her Parents Reportedly Had to Borrow Money from Her Manager

According to the Daily Mail, Brown’s parents have sacrificed a lot for their daughter’s career. The outlet reports that they even had to borrow money from Brown’s manager to help them along the way.

Discussing her career with the outlet last year, Brown said, “It was very hard… There were lots of tears along the way.” The family was reportedly so broke that they moved back to the UK and stayed with an aunt just one year before Brown booked the role of Eleven. “I was devastated. I wasn’t getting work. I thought I was done,” Millie said of the incident.

In May, Millie took home the MTV Award for Best Actor in a Show. The young actress gave an emotional speech, thanking MTV and her fans for the win. She also thanked director Shawn Levy. “Everything you’ve taught me, I will carry on for the rest of my career.” As a nod to the Duffer brothers, Millie said thank you for “creating a badass female iconic character that I’ve got the honor to play.”

Brown beat out actors like Emilia Clarke, Gina Rodriguez, and Mandy Moore for the trophy. 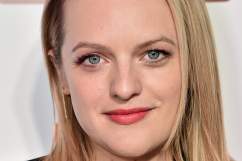 Loading more stories
wpDiscuz
0
0
Would love your thoughts, please comment.x
()
x
| Reply
Millie Bobby Brown is one of the most famous young stars of today. What's her net worth? Get the details here.