Florida Governor Rick Scott is overseeing his state’s response to Hurricane Irma, which already made landfall at the Florida Keys. When Scott tours the damage after the storm, First Lady Ann Scott will likely be by his side. Scott and Ann have two daughters, Allison and Jordan.

The 65-year-old Ann and Scott have been married since 1972 and were high school sweethearts. You can follow her on Twitter here.

Here’s what you need to know about Ann Scott and her relationship with Governor Rick Scott.

1. Ann & Rick Scott Have a $15 Million Mansion in Naples, Which Was Evacuated Before Hurricane Irma Hit

Before Hurricane Irma hit, WILX reported that the Scotts evacuated their Naples mansion. One of their daughters and her family live in Naples as well and left the area.

WILX reports that the latest financial disclosure shows the mansion is worth an estimated $15 million. He moved his entire family to the governor’s mansion in Tallahassee.

The Miami Herald reports that Scott usually spends his weekends and weeknights at the 3,400-square-foot property. It is located on Gordon Drive, known as “millionaires row.” 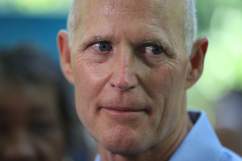 In August 2016, there were rumors that Ann either owned part of or all of a mosquito spraying company that served Louisiana and the Gulf Coast. The rumor spread as the Zika Virus reached Florida and appeared to play into conspiracy theories that it was all a government-created hoax. Of course, Zika is a very real virus.

In August 2016, FloridaBulldog.org reported that Ann owns a multi-million dollar stake in Mosquito Control Services, LLC, a “fully-certified team of mosquito control experts – licensed throughout the Gulf Coast, including Louisiana, Georgia, Mississippi, Alabama and Florida.” The stake is listed through G. Scott Capital Partners, which lists MCS as one of the companies Scott and Ann invested in.

Snopes ruled the claims that Ann outright owns a stake in a mosquito control company inaccurate.

Florida Bulldog has repeatedly reported on how Ann has spent the money Scott transferred to her after her husband was first elected in 2010. In 2014, the site reported that SEC records showed she invested with Scott Capital Partners.

“Scott Capital looks a lot like a corporate doppelganger of Richard L. Scott Investments, the governor’s private equity firm where he made millions for himself and his family putting together big-money investment deals,” the site reported in 2014.

In September 2017, Florida Bulldog reported that some of the zika emergency funds went to MCS. 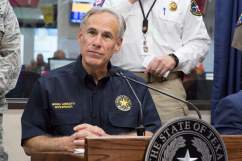 3. Ann Once Apologized for Reading a Book With References to Prostitutes to Elementary School Students

Ann usually finds ways to stay out of the spotlight, but in April 2016, she earned headlines for reportedly reading parts of Patrick D. Smith’s A Land Remembered to fifth graders in Hisslborough County. There’s just one big problem: the adult version of the book includes references to prostitutes and drug addiction on Miami’s Biscayne Boulevard in the 1960s. Ann was supposed to read from a version edited for children.

“This morning, Florida First Lady Ann Scott read to Mrs. Sabo’s kindergarten class and Mrs. Vician and Mrs. Faria’s 5th grade classes to celebrate our school as the state’s literacy winner. Mrs. Scott read a book to a class of 5th graders titled A Land Remembered that had some words that were not age-appropriate. We did not pick the book and have addressed this with her staff. We wanted to make you aware since your child is our number one priority. Please feel free to contact me if you have any additional questions.”

“I am writing to sincerely apologize for any language that was not age-appropriate from the Florida classic A Land Remember, by Patrick D. Smith earlier today,” read Ann’s apology. “As the mother and grandmother of two wonderful daughters and four grandsons, I would never want to cause any offense or concern for students or parents.” 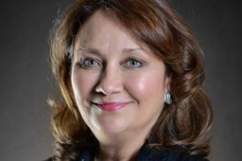 4. The Scotts Met in High School in Kansas City, but Ann Was Born in Mobile, Alabama

According to a 2014 Gulf Shore Life profile, Ann was born in Mobile, Alabama in 1952. Her family lived in Dallas and Columbus, Georgia before they moved to Kansas City during her senior year in high school.

At first, she was afraid to ask him out, but their mutual friends egged her on.

Less than a year later, they got married. They went off to college, but Scott left early to join the Navy. He was first posting was in Newport, Rhode Island, so she had to leave her parents behind for 15 months.

Ann hoped to become an interior designer, but that didn’t pan out. Instead, she got a degree in business from Southern Methodist University in 1980. She worked for an oil and energy company, but stopped working after their daughters were born. The family moved to Naples in 2003, after Scott resigned from Columbia Hospital Corp. in 1997 because of the Medicare billing practices controversy.

Since her husband became governor, Ann has focused her energy on helping children. “As your First Lady, I love working with children – the future of Florida – and I hope to visit your local school or library someday soon. When you are in Tallahassee, I hope you will stop by to visit the Florida Governor’s Mansion. I would love to meet you,” reads a statement on the Florida governor’s site. 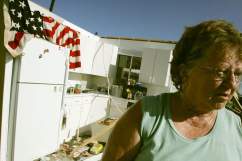 5. The Scotts Have 2 Daughters, Allison and Jordan

Allison Guimard is a graduate of The George Washington University, with a B.B.A. in Marketing and Statistics, according to her LinkedIn profile. In 2011, she briefly worked as an executive vice president for Harris Media, the same company that coordinated her father’s online communications during his first Florida campaign. Allison is married to Pierre Guimard and has four children. They welcomed twins in August 2017.

Jordan Kandah is married to Jeremy Kandadh. They have a son named Sebastian. Jordan has an anthropology degree from the College of William and Mary, which made Scott’s 2013 comments about anthropology majors being job market losers personal. She never ended up getting a job in the anthropology field, instead working as a special needs teacher before working on a masters in business administration. 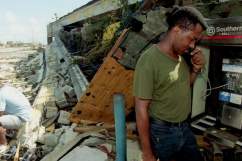 Loading more stories
wpDiscuz
0
0
Would love your thoughts, please comment.x
()
x
| Reply
Florida Governor Rick Scott, who is overseeing the state's response to Hurricane Irma, is married to Ann Scott. Here's a look at her life and career.