Chris Hixon, Marjory Stoneman Douglas High School’s athletic director, was the first shooting victim announced after the horrific school shooting in Parkland, Florida on Wednesday afternoon. The suspected shooter, Nikolas Cruz, was a former student who had been armed with at least one AR-15 rifle and multiple magazines. Hixon was one of 17 victims who were shot. At least 50 other people were injured. Hixon’s current condition is not known. Here is what we know about Hixon.

1. Friends Say Hixon ‘Would Give You the Shirt Off His Back’

Hixon, 49, was the first victim identified, but his current status isn’t known, the Sun-Sentinel reported.

The Coral Springs High School athletic director, Dan Jacob, said Hixon was a great guy. They were both wrestling coaches and Jacob only had the highest praise for Hixon. “Chris is probably the nicest guy I have ever met. He would give you the shirt off his back. He does so much. That is terrible that it would happen to anybody. It is so senseless.”

RIP Chris Hixon. I left Douglas to take a job at a rival school. I came back to watch a lacrosse game to find Chris running the ticket gate. He shook my hand, asked how I was, let me in for free and said “once an Eagle, always an Eagle.” #DouglasStrong pic.twitter.com/71g8Ct1jLs

Hixon was also a U.S. Naval Reservist who was deployed to Iraq in 2007, the Sun Sentinel reported. (Note: Although the tweet above says RIP, the Sun-Sentinel said that official word about Hixon’s current condition is not available.)

Hixon was previously employed at South Broward High School as the athletic director there from 2000 to 2012, and he studied at Broward College. He had also served as an athletic director at Blanche Ely. He was a talented director, having just secured a high school state championship in 2016. He lived in Hollywood, Florida and was originally from Easton, Pennsylvania.

His father was a wrestling coach at Boyd Anderson.

3. Friends Said Hixon and His Wife’s Parenting Style Was Inspirational

A friend on Facebook had the highest of praise when she wrote Debbi Hixon: “How you and Chris approached parenting was inspiring and helped me be a better parent. Your love for one another and endless support of each family member made me excited about having my own family. Chris Hixon was and always be a hero.”

4. A GoFundMe Has Been Set Up for His Family

A GoFundMe has been set up for his family, and so far $1,495 has been raised as of the time of publication. Veronica Sitaras, who set up the GoFundMe, wrote: “Mrs, Hixon I will always remember you having me run errands for you on Fridays to bring things to Mr. Hixon. Mr. Hixon, your support of our school’s athletic teams was unwavering especially for your favorite swimmers and water polo players! I want to do anything I can for this family. Any monetary donation will be used by the discretion of the family. If you donate, please let me know personally.”

5. Another Coach Is Fighting for His Life

A beloved football coach, Aaron Feis, is also among those fighting for his life after the horrific shooting. Witnesses said that he was a hero who stepped in front of the bullets, risking his own life for his students. Andrew Hoffman, a former student who also recently coached swimming and water polo teams, told the Miami Herald that Feis worked security and took his role of protecting students very seriously. One of his former students shared this Instagram post above and wrote: “This, ladies and gentlemen, is the face of a hero. Coach Aaron Feis was injured protecting a student in the shooting at Marjory Stoneman Douglas High School and, at last report, is in critical condition. He is a friend to all students that know him. He was always so nice to me when I went to school there, and I know he is close with my brother and his friends. Please, take a moment to send healing prayers for him.” 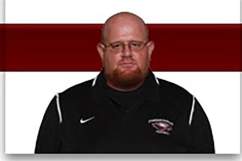 Read More
Breaking News
Follow Heavy ↓
wpDiscuz
0
0
Would love your thoughts, please comment.x
()
x
| Reply
Chris Hixon, athletic director at Stoneman Douglas High School, was one of the people shot during the Florida school shooting. A GoFundMe has been set up.