The relatives of a 12-year-old who died by suicide in North Dakota have described bullying their child suffered through at school as “relentless” and “unbearable.” In the obituary for Cherish ‘Chance’ Houle, family members said the pre-teen “experienced intense pain most people her age will never know.” The tribute says that Houle died on March 31. The obit continues, “Those who loved Cherish didn’t know how unbearable the pain she was experiencing had become for her. The support and love she was able to receive from those around her want enough to heal the scars of the relentless bullying she had already suffered.” Family members add that Houle was going through “continual transition” and had become isolated.

1. An Aunt Told a Local News Station That She Wishes Houle Had Called Her on the Day of the Suicide

In an interview with WDAY, Houle’s aunt Summer Nelson said that the 12-year-old “always had a smile and her little voice was just cute and so sweet.” Nelson continued, “I have a lot of questions like ‘why?’ and ‘Why didn’t she just message me… She messaged me randomly and we talked for hours, but then recently she just kind of drifted and we didn’t stop talking but she like kind of pushed people away.”

2. Houle’s Father Was Recently Released From Prison After He Was Found Guilty After Stabbing Someone

Houle’s father, Nathan, was arrested in July 2016 after he stabbed a man in Minot, North Dakota, reports KFYRTV. The victim was later treated for a non-life threatening injury. Nathan was arrested a short time after the attack. Online records show that Nathan Houle was found guilty an sentenced to two years in prison for aggravated assault. Nathan Houle’s release date from the North Dakota State Penitentiary was given as March 23, 2018.

According to WDAY’s report, Houle had been living with a foster family. Houle’s name had recently been changed from Cherish to Chance. The obituary described Houle as “having a tough life.”

3. Houle Was an Aspring DJ

Houle was an aspiring DJ, according to a YouTube channel the 12-year-old maintained. Under one of his songs, Rico Williams wrote, “Rest in peace Chance. Your are not forgotten.” While another person, Donavin DeCora, said, “RIP Chance. We all love you.”

One of Houle’s songs was appropriately titled, “Stronger.” 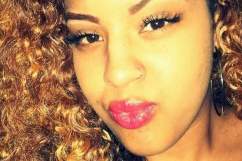 4. Online Tributes to Houle Have Been Flooding in on Social Media

As Houle’s story spread across the internet, Twitter users who didn’t even know the pre teen, took to social media to mourn the 12-year-old. Most of those paying tribute linked to Houle’s obituary, encouraging others to read it. Here are some of the most poignant messages:

Obituary for Cherish "Chance" Houle is heartbreaking and makes me angry. The word bullying doesn’t begin to encompass ugliness and pain it causes. Read this, share this. Think about our own actions. #bullying #stopthehate https://t.co/QRyHxKSSNb

Cherish "Chance" Houle from North Dakota. 12 years old. Committed suicide due to bullying. Family is using his death as a way to shine a spotlight on bullying. Obit has gone viral. (Kid was also LGBTQ)

A Facebook page, Bullying Awareness Remember Cherish ‘Chance’ Houle, has been set up.

Teen suicide is on the rise, leading some to question if social media is to blameSuicide rates for teenage girls are at a 40-year high, according to new CDC data. In a provocative article for The Atlantic, a psychologist makes a correlation between smartphone and social media use and increased rates of suicide and depression in young people. Jericka Duncan reports. Subscribe to the "CBS Evening News" Channel HERE: bit.ly/1S7Dhik…2017-08-05T00:02:04.000Z

A CNN report from August 2017 said that there is a suicide of a person under age 13 every five days. The Centers for Disease Control and Prevention says that between 1999 and 2015, 1,309 children between five and 12 died of suicide. North Dakota health officials say that the suicide rate in the state has steadily been declining since 2008.

In their obituary to Houle, the 12-year-old’s family wrote implored parents to “talk to their children and find out answers to hard questions. Are they being bullied? Are they the bully? Have they witnessed bullying and it broke their heart, but they were glad they weren’t the target today? Did they not know what to do and walked away? Or joined in the laughter because they didn’t want to attract the attention of other bullies in the crowd. We are asking you to teach your children that our words are our most powerful resource and we need to be careful to use that precious resource to positively affect people. Teach your children what to do if someone they know is talking about suicide. Teach them who to call for help.”

Read More
5 Fast Facts, Breaking News, Deaths, R.I.P.
The parents of a 12-year-old who died by suicide in North Dakota have described bullying their child suffered through at school as "relentless" and "unbearable."