Tammie Jo Shults is the hero pilot who safely landed Southwest Airlines Flight 1380 after an engine broke apart mid-flight. Her husband is also a pilot for Southwest Airlines, and her mother-in-law has shared a few details about Tammie Jo and why she knew that she was more than capable of maneuvering through such a terrifying flight. Read on to learn more about Tammie Jo Shults‘ husband and family.

Tammie Jo Shults’ husband, Dean Marcus Shults, is also a pilot with Southwest Airlines. According to City-Data, Dean is also a licensed pilot, Medical Class 1, and also served in the Navy. He’s licensed to fly multiengine and single engine airplanes, just like Tammie Jo. An article about her from 2006 that is no longer online, but was shared in a forum about fighter pilots here, said that both she and Dean were pilots for Southwest Airlines.

2. Dean Shults Told His Brother That She Was the Best Pilot He Ever Knew

All Hands MagazineShults in the Navy

Dean and Tammie Jo met while they were both in the Navy, by the time she was assigned as an instructor pilot in Beeville, Texas, The Washington Post reported. Some said she referred to Dean as her “knight in shining airplane.”

Her brother-in-law, Gary Shults, told the Associated Press that Tammie Jo is a formidable pilot.”She’s a formidable woman, as sharp as a tack,” Gary said. “My brother says she’s the best pilot he knows. She’s a very caring, giving person who takes care of lots of people.” 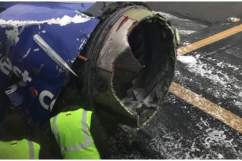 FacebookTammie Jo and her daughter.

Tammie Jo and Dean live near San Antonio, Texas. They have two children, a son who is a teenager and a daughter who is in her early 20s, The Washington Post reported. Both Dean and his mother confirmed with the media that Tammie Jo was the pilot on the Southwest flight. 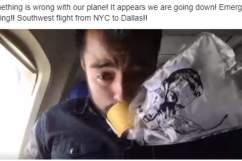 Tammie Jo Shults’ mother-in-law, Virginia Shults, spoke proudly about her daughter-in-law to media. “I know God was with her, and I know she was talking to God,” Virginia said, adding that Tammie Jo is a devout Christian. Tammie Jo once said that sitting in the captain’s chair as a pilot gave her the opportunity “to witness for Christ on almost every flight.”

Virginia told The Washington Post that the moment she heard the pilot’s voice on the radio transmission, she knew who it was. “It was just as if she and I were sitting here talking,” she said. “She’s a very calming person.” 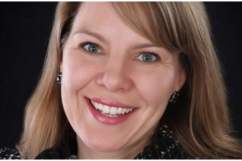 Jennifer Riordan Cause of Death: How Did the Southwest Airlines Victim Die?

5. Virginia Shults Said That Her Daughter-in-Law Was Heartbroken Over Losing a Passenger on the Flight

Virginia Shults said that her daughter-in-law Tammie Jo was likely heartbroken about the passenger who died. “Knowing Tammie Jo, I know her heart is broken for the death of that passenger,” Virginia said.

The woman who died has been identified by KOAT-TV as Jennifer Riordan, 43, of Albuquerque, New Mexico. Riordan was a married mother of two who was known for being a mentor and devoted to volunteering. Several passengers tried to save Riordan’s life after she was almost sucked out of an airplane window, but they were unable to do so. Albuquerque’s mayor, Tim Keller, said that Riordan was a “thoughtful leader who has long been a part of the fabric of our community.” New Mexico Gov. Susana Martinez called her “an incredible woman who put her family and community first.” You can read more about Riordan in Heavy’s story below, and you can read about her cause of death here.

Jennifer Riordan: A Tribute to the Southwest Plane Victim