Cedella Roman is the French teenager was held by U.S. authorities for two weeks after she accidentally jogged across the U.S.-Canadian border. In an interview with the CBC, Roman, 19, said that she was jogging along the beach on May 21 in White Rock, British Columbia, when she was forced off the beach due to the tide. After going on to a dirt path and stopping to take a photo of the coastline, Roman says, “An officer stopped me and started telling me I had crossed the border illegally. I told him I had not done it on purpose, and that I didn’t understand what was happening.”

Roman is a citizen of France and was in British Columbia to visit her mother in the town of North Delta. Roman told CBC that she didn’t have any documents with her during her jog. She said, “I said to myself, well I may have crossed the border — but they’ll probably only give me a fine or they’ll tell me to go back to Canada or they’ll give me a warning.”

1. Roman Was Held in the Tacoma Northwest Detention Center, Over 120 Miles From Where She Was Arrested

Romand told CBC in her interview that she was taken to the Tacoma Northwest Detention Center, some 120 miles from where she was first taken into custody. Roman said, “They put me in the caged vehicles and brought me into their facility. They asked me to remove all my personal belongings with my jewellery, they searched me everywhere. Then I understood it was getting very serious, and I started to cry a bit.”

The Tacoma Northwest Detention Center is a privately run immigration prison that is run on behalf of the Department of Homeland Security.

2. Despite Roman’s Mother’s Attempts to Get Her Daughter Back, the Teenager Spent 2 Weeks in Tacoma

Roman’s mother Christine Ferne told CBC that she immediately went to Tacoma as soon as she learned her daughter had been arrested. Ferne brought her daughter’s passport and Canadian student visa documents. Ferne said that officials in Tacoma told her that she must go to Immigration Canada to ensure that Roman was permitted to be brought back to Canada. Ferne told the network, “It was just unfair that there was nothing, no sign at the border. It’s like a trap … anybody can be caught at the border like this.” The CBC report says that Roman was released on June 6 and Roman’s family don’t know if she will ever be able to return to the United States.

3. Roman Says on Her Facebook Page that She Is From a French Town that Is Right on the France-Italy Border

According to her Facebook page, Roman says she lives in Vancouver, British Columbia. On that profile, Roman says she is originally from the town of Briancon, France, in the south eastern part of the country, north of Nice and close to the Italian border.

The story on Roman’s ordeal published in the Bellingham Herald, a newspaper based on the U.S. side of the border in Washington state, begins with the words, “The moral of the story is when you go out for a run, walk or hike, know where you are – exactly where you are.”

In a statement quoted in the CBC story, a U.S. Customs spokesperson said that Roman was “processed accordingly.” The teen’s treatment was in keeping with the policy of detaining and processing people who are deemed to have crossed the border at non-entry points. The spokesperson is quoted as saying, “This applies regardless of whether or not the individual claims to have inadvertently crossed the border.”

5. The Canadian-U.S. Border ‘Isn’t Marked in the Traditional Way’

According to the Province, the Canadian-U.S. border “isn’t marked in the traditional way.” Areas of the border include “no-touch zones,” an 18 foot area that separates the two countries. 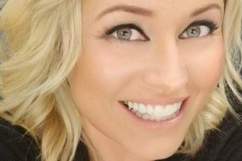 Loading more stories
wpDiscuz
0
0
Would love your thoughts, please comment.x
()
x
| Reply
Cedella Roman is the French teenager was held by U.S. authorities for two weeks after she accidentally jogged across the U.S.-Canadian border.