A series of four murders – including that of a prominent psychiatrist, Steven Pitt, who was involved in the JonBenet Ramsey case – are connected to the same gunman, Scottsdale police now say.

The suspect, who has not been named by police, killed himself on June 4, 2018 in an extended stay hotel. Police do not feel the homicides are random. 12News identified the suspect as Dwight Lamon Jones, 56, based on sources. A motive was not released. However, 12 News reported that one of the victims, Steven Pitt, “did a court-ordered psychiatric evaluation of Jones about eight years ago, during Jones’ bitter divorce from his wife,” and two paralegals who were gunned down worked at a law firm that employed Jones’ wife’s divorce attorney. Furthermore, the TV station reported that Jones had seen a therapist at the office where Levine died.

As of Saturday, June 2, 2018, there had been four possibly-related homicides since Thursday, two of doctors (a psychiatrist and hypnotherapist, reportedly) and two paralegals, who were gunned down in a law firm. Police do not feel the homicides are random.

Some members of the legal community in Scottsdale and Phoenix were very unhappy with the handling of the cases. (Three of the murders occurred in Scottsdale, and one occurred in Phoenix.) “@ScottsdalePD several of us family law attorneys cannot understand why you are not releasing the suspect’s name in the Pitt, and Burt and Feldmen killings. Why not put tens of thousands of citizens on the lookout? We truly do not understand,” wrote one woman on Twitter.

1. Pitt, a High-Profile Forensic Psychiatrist, Was Killed Outside His Office

Scottsdale Police officially confirming that the three shootings, four murders, are related… Here’s the sketch of the suspect from the first murder… #scottsdaleshootingshttps://t.co/iQK1a7VjI7 pic.twitter.com/ZhGu6WJBHR

The first to die was Steven Pitt, a 59-year-old psychiatrist, who was involved in many prominent murder cases. In fact, they are some of the most high-profile cases in American history. He consulted on the Baseline Killer and Jon Benet Ramsey cases. Pitt was also involved in consulting on the Columbine school shooting, according to NBC News.

Vincent Lewis, of the Phoenix Police Department said the shooting death occurred around 5:30 p.m. on Thursday, May 31, 2018, near Scottsdale and Bell roads at Pitt’s Phoenix office. Witnesses described hearing “a loud argument followed by gunshots,” and the shooter fled, according to AZCentral.com.

The motive was not clear, and Pitt died at the scene. “We are not ruling anything out, but at this point, a loud argument probably suggests they knew each other either professionally or personally,” Lewis said.

The Phoenix New Times previously described Pitt’s work on the infamous murder case of JonBenet, the child beauty pageant contestant found murdered in her family home. Pitt, who generally worked with law enforcement, was a consultant for the District Attorney and the Boulder Police Department on that case.

Born to a homemaker and school administrator in Michigan, Pitt was described by the Phoenix publication as “a street-smart, openly ambitious wiseguy who seems most comfortable helping detectives sort out the psychopathology that has led someone — known or unknown — to commit a crime.”

Although he never revealed whom he suspected of killing JonBenet, Pitt was quoted by Phoenix New Times as saying of the child’s now deceased mother, Patsy Ramsey, “…what I see is someone who is a seasoned performer, someone who is verbally competent, very articulate, seductive, theatrical, and incredibly cunning. What I hear are some marked inconsistencies compared to what I know about the objective and factual data of the case.” 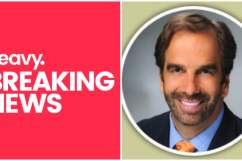 2. Two Women Were Shot & Killed at a Local Law Firm

Two paralegals were killed next at a local law firm. That double shooting occurred on Friday, June 1, 2018. The victims were identified as 48-year-old Veleria Sharp and 49-year-old Laura Anderson.

The law firm where both women worked released a statement praising them. “Laura has worked with us as family for more than ten years,” it said of Anderson. “Her intellect, passion and friendship has meant more to us than we can even begin to convey. She was more than a coworker, she was a friend, a mother, grandmother, daughter and wife and gave all of herself to her family, her friends and her work.”

As for Sharp? “Veleria was a treasured member of our work family. She brought joy, calmness, warmth and compassion to all that she did. She was a dedicated mother, wife and daughter. She and her family shared a deep passion for music and their faith.”

Police said both women were shot in the law firm office, although one of the women, shot in the head, “ran outside and told a limo bus driver to call 911. The woman was transported to a nearby hospital where she later died,” according to ABC15. The second woman was located inside the law office building deceased, the television station reported.

The shootings occurred at the Burt, Feldman, Grenier Law firm. The firm is located in downtown Scottsdale near a cluster of government buildings, including the local library.

3. A Fourth Homicide May Involve a Hypnotherapist as a Victim

As Scottsdale was still reeling from the murders of Pitt and the two paralegals came word of a fourth homicide that police were investigating to see if it was related. “UPDATE: Scottsdale police now confirming this is a homicide they are working at a office off of Hayden road. Law enforcement source tells me it is a therapist office. And the man killed is a psychologist,” Okolie wrote on Twitter.

Phoenix New Times identified him as Marshall Levine, “a hypnotherapist and life coach,” although police had not yet identified the victim.

Sitting with down with woman who worked alongside the Hypnotherapist/Psychologist who was shot dead at his Scottsdale office yesterday evening. She is still in shock. WATCH: pic.twitter.com/BaisP6PveS

“A coach puts the team’s needs first, because his purpose is to serve the team’s goals. He feels fulfilled by the team’s success. I coach because serving, fostering & supporting my clients in reaching their goals & overcoming their challenges gives purpose to my life. My clients’ fulfillment is my joy. This is why I have coached for 30 years and am still thrilled to continue,” Levine’s professional page online states. He worked for a business called “Peak Life Solutions.”

According to AZFamily.com, the fourth murder occurred “at a business near the area of Hayden and Mountain roads” and both Scottsdale and Phoenix police were investigating.

The fourth murder occurred on Saturday, June 2, 2018, meaning that a homicide was occurring every day. 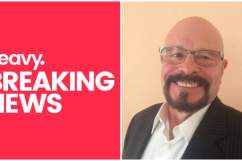 4. The Suspect Killed Himself as Police Closed in, a Report Alleges

Just got on scene of double shooting at 75th & 1st streets in #Scottsdale. Just one block away from city courthouse. @abc15 pic.twitter.com/4J7nbNm4wZ

The suspect, identified by the news media as Jones, killed himself on June 4, 2018.

“…officers evacuated people near the suspect’s room before they entered it early Monday morning,” reported Fox10, which added that authorities believe Jones died of a self-inflicted wound.

The police SWAT team entered the room, but law enforcement officials did not fire their weapons, according to Fox 10.

5. Police Previously Released a Description of the Shooter

Here is the sketch of a man believed to be connected to the murder of Dr. Steven Pitt, Veleria Sharp and Laura Anderson. @ScottsdalePD @phoenixpolice Call police if you recognize him @SilentwitnessAZ #Fox10Phoenix pic.twitter.com/zme4R8c28e

Police have released a sketch they say is of the gunman, a male. You can see it above.

In addition to the sketch, police described the shooter as “an adult male, bald and wearing a dark-colored hat with a short brim.” The motive for the shootings is not clear.