Kevin Wayne McKinney is the former husband of Fox News anchor Ainsley Earhardt. They were married from 2005 until 2009.

1. McKinney & Earhardt Got Married in Her Hometown of Columbia, South Carolina

Kevin Wayne McKinney and Ainsley Hayden Earhardt got married on April 9, 2005. The wedding was held in Columbia, South Carolina, at First Presbyterian Church, according to a notice published in the Columbia Star. Columbia is Earhardt’s home town.

The article states that McKinney chose his father to be the best man. It must have taken a long time to snap all of the photos because the wedding party was enormous. In addition to the best man and maid of honor, there were also 11 bridesmaids and 11 groomsmen.

The Columbia Star article noted that the reception took place at the governor’s mansion. Earhardt and McKinney went to Turks and Caicos for their honeymoon.

2. Earhardt & McKinney Were College Sweethearts & Lived in San Antonio After Tying the Knot

Kevin McKinney and Ainsley Earhardt met while attending the University of South Carolina. She studied mass communications and graduated in 1999. McKinney graduated in 1998, according to his LinkedIn profile, and earned a bachelor’s degree in applied professional sciences.

Earhardt’s career kept them in Columbia after graduating college. She worked as a reporter for CBS station WLTX-TV from 2000 until 2004. Then in 2005, the couple moved to San Antonio, where Earhardt became a morning news anchor for KENS-TV. According to her Fox News bio, Earhardt was named “Best Personality of the Year” by Columbia Metropolitan Magazine while she was working for WLTX.

3. The Couple Divorced in 2009 Amid Rumors of Infidelity

Ainsley Earhardt was hired by Fox News in 2007 and the couple moved to New York City. McKinney got a job working in medical sales when they relocated to the city. According to his LinkedIn page, he was a territory sales manager for CR Bard, a company that manufactures and markets medical technologies.

But the move was not a successful one personally for McKinney and Earhardt. The couple decided to divorce in 2009. They remained quiet about the reasons for it. But there was speculation that infidelity was the root cause, and that McKinney had strayed. But again, that was never confirmed by either of them.

Earhardt took a second trip down the aisle in 2012 with Will Proctor, a former Clemson quarterback. They welcomed a daughter named Hayden in November of 2015. But this marriage has also come to an end. Proctor filed for divorce in October 2018 amid allegations of infidelity. Proctor has denied those rumors.

The divorce has since been finalized and Earhardt says she and Proctor are co-parenting amicably. She told PEOPLE in October 2019, “We’re focusing on moving ahead and raising our daughter. We honestly wish each other nothing but the best, and we will remain friends for the rest of our lives because we share this precious, beautiful daughter together. She is our top priority.”

Ainsley Earhardt has become a household name as a co-host of FOX & Friends. McKinney, on the other hand, has kept a much quieter profile. According to the Columbia Star, McKinney was the part-owner of a company called Medical Sleeve LLC when he and Earhardt wed. The company was launched in 2004 and specialized in compression devices. He was also employed by Bank of America in San Antonio at the time.

It’s unclear if Medi Sleeve survived as a company for very long. But McKinney apparently used that initial experience in medical sales to further his career later on. After returning to South Carolina in 2010, McKinney began working for Ethicon Inc, which sells medical devices. He stayed with the company until 2015. He is currently working in oncology sales for pharmaceutical company Eisai US in Charleston, according to his LinkedIn profile.

McKinney’s Twitter page is largely devoted to sports. He rarely tweets original content, instead choosing to share articles and posts from sports reporters and teams. His short bio says he is a fan of the Braves and the Gamecocks.

5. There are Multiple Kevin McKinneys Online and Two are Frequently Labeled Incorrectly as Earhardt’s Ex-Husband

The man in the picture above is NOT Ainsley Earhardt’s ex-husband. Internet searches for her former husband often lead to this image, but don’t be fooled.

This Kevin McKinney lives in Lansing, Michigan and is the president of a lobbying firm called McKinney & Associates. He is also much older than Earhardt, having reportedly graduated from college in the late 1970s.

Internet searches also claim that Earhardt’s ex-husband was a sports broadcaster in Wyoming. But further inspection of this claim reveals a third person named Kevin McKinney, who works as the senior associate athletics director for the University of Wyoming. 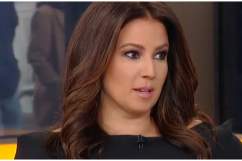