Today is the second day in what might be a long process to confirm Brett Kavanaugh as the next Associate Justice of the Supreme Court. Read on for more details about the confirmation hearing schedule and how long it lasts.

Day 1 of Kavanaugh’s confirmation consisted mostly of opening remarks from Kavanaugh and the senators on the Senate Judiciary Committee. Typically on the first day, each opening remark doesn’t last longer than 10 minutes. Then today, Day 2, is the day that Kavanaugh’s major testimony begins. The entire hearing process typically lasts approximately three to four days. When Gorsuch was confirmed last year, Day Three consisted of outside testimony and then the confirmation hearing concluded. But it’s possible that Kavanaugh’s hearing might last longer than that. Hearings typically last nine to 11 hours a day or longer. But Sen. Chuck Schumer attempted to block Republican efforts to question Kavanaugh late into the day on Day 2. He objected to Mitch McConnell’s request to continue the hearing after 2 p.m. Eastern. As Fox News observed, if this had been upheld it would have meant that Kavanaugh’s hearing could last into next week. However, the Senators later came to an agreement to allow testimony to continue. The clash is an indication that the hearing could last longer than Gorsuch’s last year, if the question is brought up again.

One of the longer hearings was for Robert Bork in 1987, lasting 30 hours, and he was ultimately not confirmed.

The last justice to be confirmed was Gorsuch in 2017.

After the questions from the Senate Judiciary Committee, the entire Senate debates and votes on the nomination (unless a filibuster happens). The last time a nominee was rejected was in 1987 when Bork was rejected during a full vote of the Senate.

Gorsuch is our best guide for the schedule for Kavanaugh’s hearing. Gorsuch’s confirmation hearing lasted three days. The committee then decides if the full Senate will vote on the nomination. After this, the Senate votes. After the nominee is confirmed, the Secretary of the Senate sends the document, called a commission, to the President, which the President signs. Next, the document is signed by the attorney general, and the Justice Department seal is put on it. The President signs it, and the nominee is officially appointed to the Supreme Court. The commission is then handed over to the Justice Department, which will by signed by the attorney general, who puts the Justice Department seal on it.

Finally, the Justice takes the Constitutional and Judicial Oaths, required by the Judiciary Act of 1789. 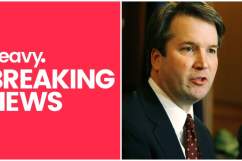 Is Brett Kavanaugh Liberal or Conservative?