OnScene TV An "armed suspect" was shot by officers in Houston, police say.

An “armed suspect” was shot and wounded by police officers during an incident on Valencia Drive on December 10, 2021, Houston Police say. According to police, the suspect fired at officers, who returned fire. No officers were injured.

Houston Police said on Twitter that officers were responding to the 10200 block of Valencia Drive in northeast Houston. Police said officers discharged their weapons and an “armed suspect who fired at officers” was struck by their gunfire and taken to a hospital.

Houston Police Assistant Chief Ben Tien told reporters at the scene, “What we have today started as a family disturbance with a weapon and resulted in an officer-involved shooting. It is extremely fortunate that no one is dead today.” Tien said officers were called to the scene about 1:15 p.m. after a person was accused of threatening to kill a family member.

“Our officer responded to call, began taking the initial information and gathering evidence to investigate the scene,” Tien said. “The officers were on scene for approximately 45 minutes or so and began looking around the area for the suspect. As you can imagine how dangerous it is, you have a suspect threatening to kill a family member. As they were looking, they found the suspect in the proximity of the 10200 block of Valencia.”

Tien said the officers spotted the suspect’s vehicle as it was going back toward the house where the family member had been threatened. He said as the officers began following the suspect and tried to pull him over. According to Tien, the suspect then brandished a firearm out of the car window. A pursuit began that lasted about two minutes, Tien said. When the driver stopped, he exited his car and immediatley began firing at the officer, Tien said.

“Three officers returned fire,” Tien said. The suspect was hit. No officers were struck. “When the scene became safe, the officer approached the suspect, took the suspect into custody and then immediatley rendered aid,” Tien said. “It appears the suspect will survive his injuries.” 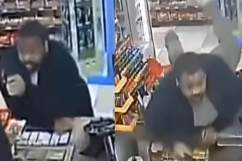 Police Have Fired Their Weapons During 29 Incidents in 2021

OnScene TVPolice are investigating after an “armed suspect” was shot by officers in Houston.

The December 10, 2021, incident is the 29th time that Houston Police Department officers have fired their weapons in 2021, according to the Houston Police website. There have been 11 people killed by police in Houston in 2021 and eight others wounded. In 10 incidents, no one was injured, according to police.

The most recent deadly shooting occurred on November 11, 2021, when Houston Police SWAT officers shot and killed a suspect at the end of a pursuit that was started by Harris County Precinct 4 constables. Houston Police recently released body cam video in that shooting. The suspect opened fire on police in a shopping center parking lot and officers returned fire, video shows.

Two people were killed by police in Houston in September, including a 29-year-old man on September 20 and a 39-year-old man on September 1. Houston Police say on the website, “This site depicts only those OIS scenes where a HPD officer discharged his or her weapon in the performance of his or her duties. It does NOT reflect accidental discharges where no injury occurred or the intentional shooting of vicious animals.”

Police added, “All OIS scenes occurring within the jurisdictional limits of HPD are independently investigated by multiple divisions and agencies.” Police say “typical entities that will respond directly to the scene and perform duties associated with the investigation,” include the department’s homicide and internal affairs divisions and the Harris County District Attorney’s Office, including its civil rights division and DA’s investigators.