Roberts is administering the oath of office on January 20 to make Joe Biden the 46th President of the United States. He previously administered the oath of office to Donald Trump, and he also presided over Trump’s impeachment trial. Roberts has been Chief Justice September 2005, after being nominated by President George W. Bush to replace the deceased William Rehnquist.

Here’s a look at the Roberts family: 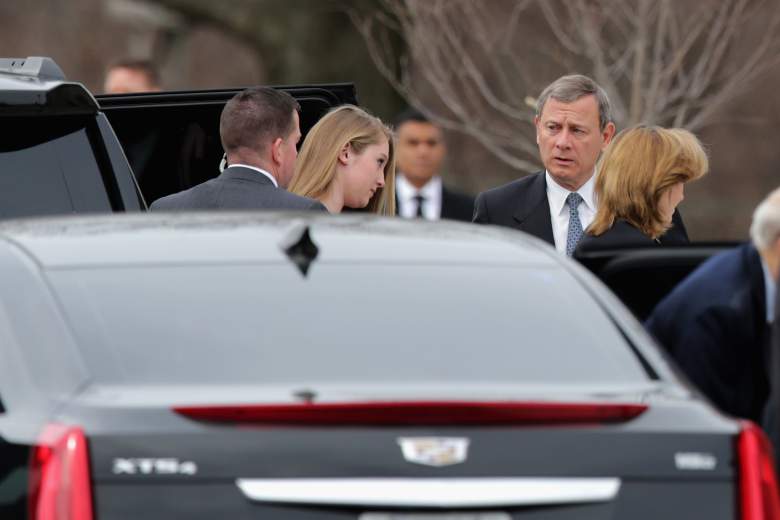 When John Roberts and Jane Roberts married, they were both in their early 40s. According to a New York Times profile, the two tried to have children themselves but decided to adopt. It was not easy and they had several failed attempts before they “got lucky,” the Rev. Michael C. McFarland told the Times.

Lisa Tucker McElroy’s John G. Roberts Jr.: Chief Justice reveals that their adoption experience was “long and difficult.” In the summer of 2000, a birth mother chose the Roberts to adopt her baby.

McElroy writes that the Roberts decided to go to Canada for a quick vacation before becoming parents. On the flight home, they realized that another adoption agency had called them. They called back, and the agency offered another baby.

It was a happy coincidence for the couple, who had been trying unsuccessfully to have children and then to adopt. Jack and Josie were born just four months apart.

2. Jack & Josie Were Born in Ireland 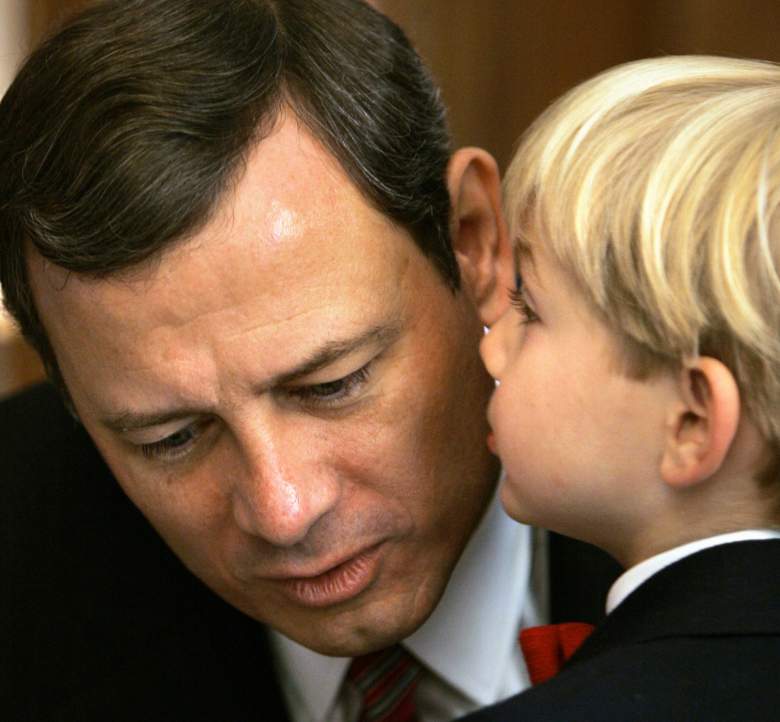 According to a Time Magazine profile on Roberts from 2005, his children were both born in Ireland, a country the Roberts family has close ties to. Irish Central reports that Roberts often attends Irish dance events in Washington D.C. and his mother-in-law, Kathleen O’Sullican, is from Newtownbarry, Charleville in Ireland.

In a 2005 New York Times profile, the Times reported that the Roberts family had a home in Knocklong, in the county of Limerick.

Although the children were born in Ireland, there is some confusion about where they were adopted from. According to the Underneath Their Robes blog, an Associated Press report claimed that they were “adopted from Latin America.” The exact circumstances of Roberts’ adoption remain a private matter. In a Time article, Jack McCay, law partner of Roberts’ wife, said about the adoption: “As frequently happens when you go through the adoption process, some of the efforts weren’t successful, and it continued for a time … But when the opportunity came along to have not just one but two kids, they took both babies without blinking.”

The Washington Post notes that McElroy’s book claims the children know they are adopted and “even read picture books about adoption.”

3. Roberts Said His Son Asked if He Got a Sword as Chief Justice

In 2006, when Roberts spoke to an audience at the Ronald Reagan Presidential Library, he joked about Jack’s response when he first heard his father would be chief justice.

“Daddy, do you get a sword?” Roberts recalled his son asking. Roberts said his son saw a statue of Lady Justice carrying a sword, so he was really disappointed when his father told him that he won’t be getting one. Jack “is not very impressed,” he said.

“Having children is great for putting things in perspective,” Roberts said in 2006.

In the above Fox News report from 2005, you can see Jack dancing while Bush announced his nomination.

4. The Roberts Family Goes to Church Together & Roberts Attends His Children’s Soccer Games 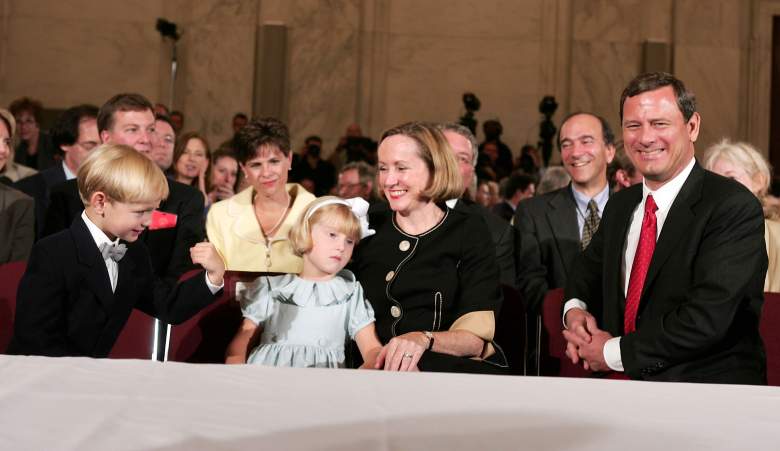 The Roberts family at his confirmation hearings in 2005. (Getty)

Roberts, who is one of five Catholics on the Supreme Court, attends church with his family and also goes to his kids’ soccer games, friends told the Huffington Post in 2012. When they go on vacation during the summers, they live in a house on Hupper Island in Maine. They enjoy their privacy there and stay disconnected from the Washington scene.

Despite their role in Washington society, “they’re both such family people,” Lisa McElroy told the Huffington Post. “They like to vacation with family, spend weekends with family, and have meals with family.”

Sally Quinn, who was a former classmate of Jane Roberts, told the Post that the family’s low-key lifestyle isn’t just because they are raising two young children. “There isn’t that kind of a social scene there used to be, where you’d always have a Supreme Court justice, an ambassador, a White House person and a journalist” at a party together, she said. “Everyone is in these little pods these days.”

5. After Learning That Roberts Adopted His Children, a 12-Year-Old Boy Asked Roberts to Support Same-Sex Marriage

After Jay and Beyan Leffew learned that Roberts adopted his two children, the same-sex couple from California and their adopted son, Daniel, made the above YouTube video. In it, Daniel asks Roberts to support same-sex marriage.

“I recently found out that you yourself adopted two kids, a boy and a girl, kind of like me and my sister. Family means a lot of different things to different people, but some people believe you have to have the same blood to be a family. You and I both know family goes deeper than blood. I was lucky to be adopted by two guys I can both call dad,” Daniel said in the video.

“I know you have a tough decision to make with the gay marriage issue, but my family is just as valuable and worthwhile as any other,” Daniel continued. “It’s especially tough for you because I know you don’t necessarily believe in gay marriage religiously; lucky for us, though, you also don’t believe in taking away a right, even from people like us.”

In 2015, Roberts was among the dissent in the 5-4 ruling for Obergefell v. Hodges that made same-sex marriage legal in the U.S. Roberts was joined by Antonin Scalia and Clarence Thomas in his dissent. Samuel Alito also wrote a separate dissent.

READ NEXT: The latest COVID-19 deaths, cases, and updates