RoBeastRo/Twitter A viral video shows an maskless unidentified woman coughing on other shoppers at a Super Saver grocery store in Lincoln, Nebraska.

A viral video shows a maskless woman deliberately coughing on shoppers at the Super Saver grocery store in Lincoln, Nebraska, during dispute with fellow customers. The woman who recorded the incident posted the video on Reddit on September 3, 2021, with the title, “Anti-Mask Karen Deliberately Coughing on me at South 27th Super Saver.”

An Arizona woman named Janene Hoskovec, who is a Lincoln native and has family in the area, has been accused of being the woman coughing in the video. Her employer, SAP, issued a statement on September 8, 2021, saying, “The health and safety of our employees and the communities in which we live and work are of utmost concern to us. We are taking the matter of an SAP employee incident very seriously and investigating the situation.” 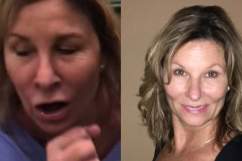 The video quickly spread to other social media platforms, going viral on TikTok and Twitter, where a version shared by the popular account Fifty Shades of Whey has been viewed more than 500,000 times. He captioned the video, “COVID-denier in Nebraska coughs on shoppers at a supermarket. … This woman was last seen at a Super Saver in Lincoln, Nebraska deliberately coughing on innocent people & spraying her aerosols in the middle of a deadly pandemic.” The woman who recorded the video said on Reddit, where she uses the name Jessabird, said she was at the store with her 13-year-old daughter.

The child’s father, who was not at the store, also shared the video on Twitter and wrote, “She instigated the whole thing. Picked a mother/child to harass. Think they just wanted to get away. Lady kept following them. Some other folks stepped in. The Super Saver they were at didn’t really do anything – tell the lady to leave/wear mask, etc.. they just broke it up.”

The Lincoln Police Department did not immediately respond to a request for comment about the video, including whether officers were called to the Super Saver grocery store and if an investigation into the incident is ongoing. Super Saver has also not commented on the video and incident. The woman in the video has not been identified as of September 7, 2021.

A Nebraska woman named Danice Trauernicht Brod was named by some on social media as the woman in the video, but she and her employer have denied it is her. “Hi all, it has come to my attention that there is a video circulating on Facebook of a lady coughing on customers at Super Saver without wearing a mask. I can assure you the allegations made towards me are completely FALSE. The person in the video is NOT me. I have contacted the Lincoln Police Department and they have begun their investigation to find the actual culprit. I ask that if you see this post please share. Thank you,” she wrote on Facebook.

Brod’s employer, Lincoln car dealership DuTeau Chevrolet, said on Facebook, “We are incredibly saddened by the events that took place at Super Saver on S 27th St. What hurts us most is that an employee of ours is getting blamed for something that she DID NOT do. Danice Brod is not the lady many of you are seeing in a recent video. Danice is an incredibly kind woman with the biggest heart. We ask that you please stop posting and slandering her name. She is an incredible person and fabulous employee. Please, if you have posted something regarding this video that mentions her name we ask that you remove it. Thank you.”

The Maskless Woman Confronted the Mother & Daughter to Ask Why They Were Wearing Masks, Called Them ‘Sheep’ & Coughed ‘Deliberately’ on Them, the Woman Who Recorded Her Says

COVID-denier in Nebraska coughs on shoppers at a supermarket pic.twitter.com/Ejy9HfsshS

The video shows the woman pushing a shopping cart and coughing multiple times in the direction of the mother and daughter as they shopped in the Lincoln, Nebraska, Super Saver grocery store. While continuing to cough, the woman says, “Excuse me, I’m coming through.” The woman then says, “Look at you guys, you’re so cute. … You’re such sheep.” When asked why she wasn’t wearing a mask, the woman said, “Because I don’t need to have one on. I’m not sick and neither are you.”

The video shows the woman and her daughter telling the other woman she doesn’t need to cough toward them, and the woman again begins coughing repeatedly in their direction and says, “It’s my allergies. … Two years ago, before anyone starting talking about COVID, you were with OK with that.” When the shopper told a store employee the woman was coughing on her, the woman said, “I have my allergies. And she got all freaked out.

My daughter had to experience this in #lincoln #nebraska she followed them around and was #spitting on them. #karen #covid #mask #maskup #craycray #delta #spit. pic.twitter.com/8MhpBVWrSx

On Reddit, Jessabird wrote, “So my kid and I were at the store tonight to pick up a few groceries when this lady approached us and said politely, “Excuse me,” and to be honest I thought she was going to ask me for help or ask where something was. I was about to say “I don’t work here, lady,” when she asked why we were wearing masks. That’s when I realized that she wasn’t wearing one herself.”

She added, “I started walking away, while replying, “‘Because of the Delta variant, and also because there’s a mandate.’ Then she went on about how she was born and raised here in Nebraska, and it’s too bad that some Nebraskans have turned into sheep. She asked if I’ve had a vaccine and said that my kid and I don’t need to wear masks because we look young and healthy. There were several other people around wearing masks but for some reason she chose to pick on me and my kid.”

Jessabird continued in her Reddit post, “At the end of this video, some poor guy working there tried to intervene and basically told us all to just go our separate ways. Karen walked away and I told the guy what happened. He said it wasn’t the first time he’s had to deal with people like her at work. I then tried to continue my shopping but this lady followed me around the store.”

She wrote, “I told her she needs to keep her distance and that her coughing on me was assault. She laughed and kept saying ‘Look at you, it’s so cute how scared you are!”‘By this time I was absolutely livid, trying my best to hold it together in front of my kid. I didn’t finish my shopping, instead I went to the self checkout to pay for my stuff. Next she followed me to use the self checkout right next to mine. I informed the employee manning the checkouts that this woman had assaulted me in the store by coughing deliberately on me, but I didn’t wait around to see what the employee would say in response. I just really wanted to get us the heck out of there.” 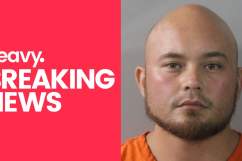 There Is a Mask Mandate in Place in Lincoln, Nebraska

We have posted before about the anti-masking free-for-all at Super Saver Foods, where the owner, city council member Jane Raybould, appears to not enforce the city mask mandate. Over and over we have heard reports and seen photos of the masking violations there. pic.twitter.com/4BvJH7o9uS

There is a mask mandate in place in Lancaster County, where Lincoln, Nebraska, is located. It has been in place since August 26 and is set to continue until at least September 30, 2021. The mandate was issued by the Lincoln-Lancaster County Health Department, according to Lincoln’s city website.

“The delta variant has caused a large increase in community transmission of COVID-19 in Lancaster County. It is important for everyone to help slow the spread of the virus by wearing masks indoors,” the city said in its FAQ on the face covering requirement. “Everyone two years of age and older must wear a mask indoors, other than a residence, whether they have been vaccinated or not. If you aren’t fully vaccinated, your mask is one of the most powerful tools you have to protect yourself and others.”

The city added, “If you are fully vaccinated, wearing a mask indoors gives you extra protection from getting infected. Fully vaccinated people are well protected from serious illness and death from COVID-19, including the delta variant. But we are seeing cases in vaccinated people, and they can infect others. This is why even if you are fully vaccinated, you are now required to wear a mask indoors. For masks to work properly, they need to completely cover your nose and mouth and fit snugly against the sides of your face and around your nose. Your mask should be made with two or more layers of tightly woven, breathable material.”

As of September 3, Lancaster County has had 273 COVID-19 deaths, with 36,015 total cases. As of that day, 79 people were hospitalized in the county with coronavirus, including four on ventilators. 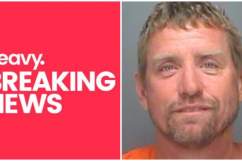 Florida Man Spits in the Face of Boy & Says ‘You Now Have Coronavirus’: Cops

In April 2021, a Florida woman, Debra Hunter, was sentenced to 30 days in jail, ordered to pay a $500 fine and given six months of probation after she admitted to intentionally coughing on a cancer patient at a Pier 1 Imports store at a Jacksonville mall in June 2020, WJXT reported. Video of Hunter berating other customers and employees of the store and coughing in the direction of the victim went viral.

The victim, Heather Sprague, said, “It was an episode that was rooted in privilege and entitlement. Seeing my mask, the defendant was calculated to attack me at my weakest point both physically and psychologically. I was stunned and fearful in the aftermath.” According to WJXT, the judge told Hunter her actions “could’ve been a death sentence” for Sprague.

A Florida man, Jason Copenhaver, was arrested in August 2020 after police said he coughed and spit on a boy at a restaurant and told him, “You now have coronavirus.” He was sentenced to probation in October 2020. A Connecticut ortopedic surgeon, Dr. Cory Edgar, was arrested in March 2020 after he was accused of coughing on co-workers at the UConn Health Center. A breach of peace charge in that case is still pending.

A New Jersey man, George Falcone, was charged with making a terroristic threat, a felony, after he was accused of coughing on a supermarket store employee and telling her he had COVID in March 2020. The case is still pending. And a Pennsylvania woman, Margaret Ann Cirko, was sentenced to 1 to 2 years in prison after she admitted to deliberately coughing on food in March 2020 at a grocery store, The Morning Call reported.