One of the biggest surprises in the world of indy gaming is the PC/Xbox 360 crafting hit, Minecraft. It’s already an incredibly addictive game on your home consoles. But with the introduction of the mobile/smartphone version, Minecraft: Pocket Edition, its become an even more massively entertaining time waster. There’s dungeons to explore, creepers to avoid and massive custom-made constructions to craft. Let us help you on your trip to the world of Minecraft with this collection of the top 10 tips and cheats.

1. Start Your Minecraft Adventure By Assaulting Some Trees

The first time you step into the digital landscape of Minecraft, it’s a bit daunting. You won’t have much items to work with and not too much material for your crafting needs. The sun’s going to be out for a little while, but you won’t live too long once the darkness envelopes the world. So before your inevitable death, just do one simple thing – punch the living ish out of a tree. You’ll get your first pair of logs after assaulting a few trees for a good while. Use your punching skills to knock some dirt blocks out of dirt and some sand blocks out of sand. Punch and bass everything in sight so you’ll end up with a healthy amount of resources.

You’ve got some logs. Hit the triple circle thing on your inventory bar. This is the crafting menu. You can build things from here. Click on the block at the top and look for “wooden planks.” Turn your logs into planks. Now, turn a few of those planks into sticks. Piece of cake!

3. Make Sure You Create Your First Set of Tools

TouchArcade.com also offers some tips on crafting your first set of tools:

Provided you’ve got enough planks, you should be able to make a crafting table. This is where the magic happens. Make some wooden tools, first. Make a wooden axe, wooden pick-axe, and a wooden shovel. Axes cut wood faster than your fists. Pick-axes break down rocks quicker. Shovels churn through dirt quicker.

4. There’s Some Cool Things You Can Do With the iPad Version

GameTrender.net found an interesting number of strange tricks and glitches in the iPad version of the game:

1) Sugar will float on water. You can place sugar cane on snow, but if you place a second one next to it the first disappears.
2) If you build a tower on the edge of a world you can traverse off the edge but you can’t fly up or down.Walk too far and the app crashes.
3) In both the creative mode and survival mode, if you break the block a torch or ladder is on, or you place one under water, it will become something that you can collect
4) In both creative and survival, fence with no other blocks with in the same altitude or higher of a radius of ten blocks (half a circle surrounding the fence), the fence will not render but rather become ‘invisible’.
5) You can’t place torches on fences

5. Know The Difference Between Survival Mode and Creative Mode

Survival Mode tasks players with killing monsters and creating their own living quarters. You’re able to collect your own items, plus you can find sheep to decorate with wool. As for Creative Mode, players have an unlimited amount of blocks and items. No monsters will be there to make your crafting duties difficult, plus you’ll have the ability to fly. Know which mode caters to your play style before going all the way in. 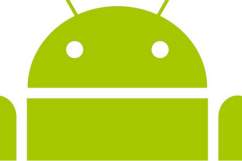 6. Go Ahead and Craft Some Gravity Defying Structures

When you’re in the middle of crafting some massive structures, just know this – as long as you attach any blocks to the visible side of another block, they’ll attach and defy the laws of gravity. Soon, you’ll be marveling at you airborne buildings.

7. There’s A Way to Duplicate All Your Items

SuperCheats.com has a way to make sure you get an unlimited amount of items. Check out the method to this cheat below:

To perform the this cheat you will need two devices with the full version of the game. Place the item that you want to duplicate in a chest. Then have both devices go into that chest and select the item at the same time. If done correctly it will duplicate the item, if not just keep repeating the process until it does.

So you trekked up onto a major mountain just so you could get a good viewpoint at the wilderness you’re looking to tame and craft on. Now there’s the matter of getting back down. Know this and know this well – don’t worry too much dying when falling off high ledges. Death is one of the things in Minecraft that you won’t have to worry about as much in any other game.

9. Don’t Dig Your Way Into Oblivion

The urge to smash your way so deep into the depths of Minecraft can take over from time to time. However, that urge is something you’ll have to try and ignore. It’s a major hassle when you smash/dig your way too far and having no game plan for getting out. Know your limits, dig as far as you think you can muster and make sure your trek out is an easy one. A simple tip, sure. But its a tip that will aid you greatly in the end.

10. Take Heed of This Random Tips

The Minecraft Wiki page displayed a healthy number of additional tips that are more than helpful for beginners and veterans alike:

– Make sure your battery is charged, and/or plugged in (3D gaming drains the battery quickly).
– Get used to the controls before playing on servers (it is easy to mine the block under a torch by mistake).
– Tap and hold an item in the hotbar to drop it.
– Know the difference between Hostile and non-hostile mobs. If you are entirely new to Minecraft, a simple trick can be used to differentiate: Hostiles will approach and follow you, passives will ignore you.
– Know how to apply armor and manage your health. Armor is next to the Crafting tab in the inventory screen.
– Peer-to-peer networking requires UDP port 19132
– If you’re having trouble with block placement/mining accuracy – turn on split touch controls. This brings up the crosshair from the PC and Xbox versions to allow more precise placement.
– If you are feeling overwhelmed by hostile mobs, turn on Peaceful mode in the options menu.
– If you want to play online download “Multiplayer for Minecraft PE” (iOS Only) (Not required after 0.7.0 update)
– If you are looking for diamonds, they spawn deep underground, near bedrock.

If any of you hardcore Minecraft: Pocket Edition fans out there have some more tips to give fellow players, feel free to drop them in the comments section! 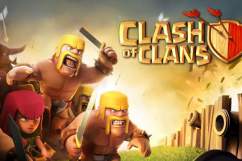