5. Magic The Gathering: Duels of the Planeswalkers 2013

Magic The Gathering has already taken over the real world, thanks to it’s deep strategic gameplay, awesomely drawn cards and healthy batch of new cards and gameplay changes. This 2013 offering of this long running card game is not only available on home consoles, but it’s also floating around the mobile apps stores on your favorite mobile device. There’s human and non-human foes for you in this game to master your card battling strategies against, so there’s plenty to do here. Stick with the 2013 version instead of the 2014 version. The 2014 edition is a lot more fair and less costly, in our humble opinion.

You have several back issues of Iron Man, The Hulk and Captain America. You’ve engaged in online forum disputes with comic book fans over which Spider-Man outfit looked the best. And you have an addiction to mobile card battling RPG’s. Chances are you’ll love everything about this Marvel Comics mobile adventure. The cards here feature damn near every worthy Marvel superhero known to man. Your mission: defeat Hydra. Your goal: collect, fuse and battle with as many cool cards as possible. 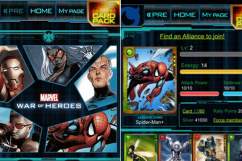 If you’ve read the Marvel NOW! X-Men mini-series, then you already know what you’re heading into. X-Men: Battle of the Atom adopts several storylines and character conflicts that are present in the comics and past animated series based on Marvel’s mutants. The battle here are epic, the cards you collect will turn any non-X-Men fan into one. Plus the wealth of multiple versions of popular mutants will please the most hardcore X-Men fans. 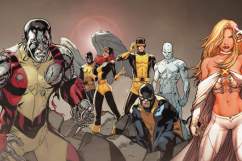 X-Men: Battle of the Atom: Top 10 Tips & Cheats You Need to Know

Hasbro’s All-American military heroes are even starring in their own card battling RPG. Everything about this mobile game should instantly be familiar as soon as you get your mind wrapped around it. You can join up with the G.I. Joe unit or become evil with COBRA as you gather several throwback characters from the animated series. The art stands out the most in this title, so at least you have something awesome to look at while you ammass a bunch of new cards. GO JOE!

If we’re going to recommend you any card battling game that’s similiar to Star Wars: Assault Team, then we have to point you towards a mobile game that’s all about Star Wars too. Episodes I-VI are covered thoroughly here by all the cards available for you to collect and bring to war with you. One of the cooler parts of this game is the ship building options you’ll grow to love. Card battling and getting the chance to craft your own X-Wing? Yep, it’s all as fun as it sounds. 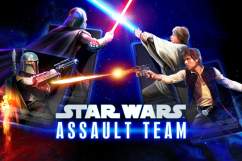