EA Sports A look at Antonio Brown in Madden 19.

The Madden 19 release date is August 7 for those that pre-ordered the Hall of Fame edition, but not until August 10 for the standard edition of the game. Eager fans who pre-ordered the game can download the Madden Hall of Fame edition at 12 a.m. Eastern, so just after the calendar turns from Monday to Tuesday. Madden has a midnight release on both Xbox and PS4 for those who have purchased the expanded version. Fans will notice this is about two weeks sooner than the game was released in 2017.

One of the first things I noticed when playing the game was the difficulty of the running game. I found it easier to run with mobile quarterbacks out of passing plays, than it was to use a traditional running back in run plays. The holes definitely closed up quicker in the games that I played. It may take you a bit of time to perfect the run game.

Fans of the franchise mode will be pleased to learn there is a new Draft Class Creator which should take shape once members of the Madden community begin importing future draft classes. College football fans will like being able to use the 2019 draft class and beyond that are likely to be available for download through the community. Here’s how EA Sports described the update.

If you can imagine it, you can Draft it. Build your own custom Draft Classes for use in Franchise by creating fictional characters from the past, present, and future or by editing Draft Classes shared by the Madden Community. When Scouting starts in Week 3 of the regular season, you will be prompted to either use an auto-generated class, download a class, or import a locally-saved class. Download and import any time Scouting is available, even if it’s later in the season, using Madden Share. This was the #1 requested feature requested by our Franchise community.

There’s also some typical Madden Ultimate Team updates including a new CPU mode. Longshot is also back for a second season.

Madden introduced a new story mode last year with Longshot. Devin Wade and Colt Cruise are back for a second season with Longshot: Homecoming. Here’s how EA Sports described the theme for the 2019 mode.

When we last saw Devin Wade and Colt Cruise they were struggling to make an NFL roster as late-round draftees. A year later Devin is barely hanging on in training camp and Colt is back in Mathis. Catch up with the former reality TV stars and see where their journeys lead them in the conclusion of Longshot…Play through both Devin and Colt’s storylines in an immersive experience with more gameplay and NFL action 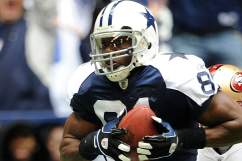