With the release of the Star Wars Battlefront 2 Celebration Edition, flocks of new players are returning to this multiplayer-focused game. Despite suffering a very rough release, developer DICE has done a terrific job enhancing and building upon this title’s entertaining gameplay and world. Yet, with so many changes it’s easy to become overwhelmed by all the blasters, heroes, villains, maps, modes, and abilities. If you’re just starting out or haven’t played since the game released in 2017, here are 10 tips to get you started.

1. Know When & How to Grind Class/Hero Levels 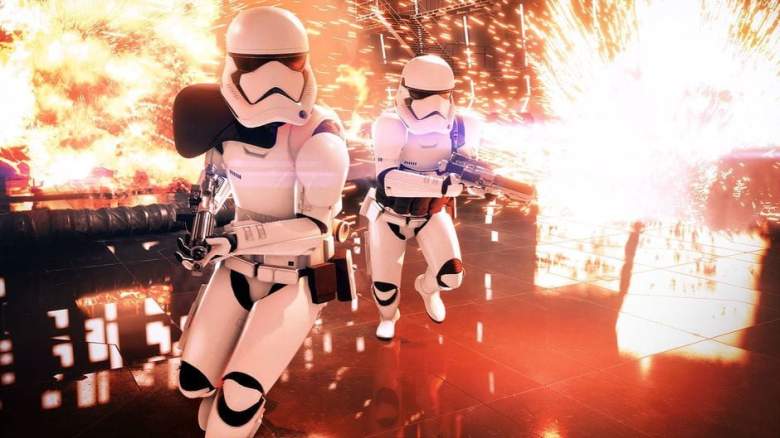 Unlike a lot of other multiplayer games, you can actually level up your classes while playing again A.I. controlled enemies. In the Co-op mode, you and three other players can battle against an army of A.I. soldiers while you either capture or defend objectives. Alone this mode isn’t anything special, but during Double (every Wednesday) or Triple XP days you can rapidly level up multiple classes with little effort.

This is because the A.I. isn’t that difficult to take down and it’s quite easy to get a massive killstreak going. For example, across two games I managed to level up my Heavy class from Rank 3 to 30. You can also use this mode to level up armor and heroes. For the latter, Co-op is superb for practicing and learning the complexities of different villains or hero characters. 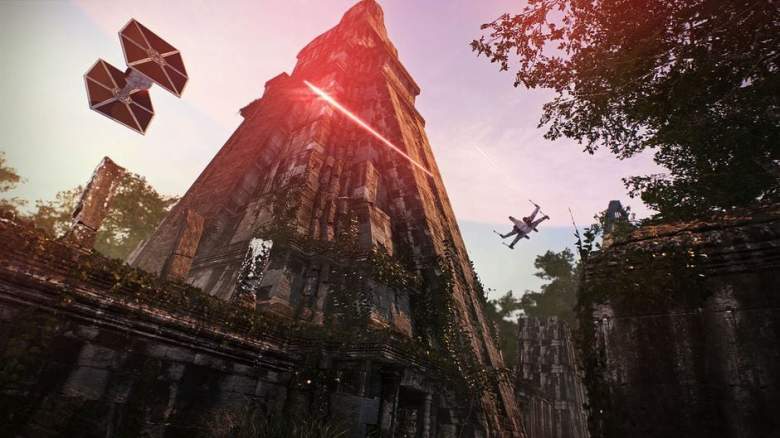 As you rank up your classes you will unlock Skill Points which are used to obtain or upgrade Star Cards. These act as passive buffs or alternate equipment/abilities you can use for each class. Every class and hero possesses multiple Star Cards, allowing you to mix and match your character’s loadout. Each Star Card can also be leveled up three times, which increases their effectiveness in-game.

Because of this, you’ll want to level up multiple Star Cards so you have access to different loadouts during a match. This allows you to quickly swap skills on the fly, allowing you to adapt to changing objectives, map locations, or situations. If I’m defending on Hoth I’ll want to pile on vehicle damaging Star Cards such as Ion Torpedo, Resourceful, and Ion Turret. But if the fight moves into the Hoth Base, I can swap to more infantry-focused cards like Defender or Improved Combat Shield.

3. Officers Are Better Than You Think

It’s easy to look at the Officer and dismiss it as just a support class thanks to his auras and gadgets. However, this class is exceptionally potent in the right hands thanks to its ability to generally obtain battle points faster in the early game. This is due to the Officer’s “Inspiring Presence,” which awards players continuous battle points for just being around other users. It’s a terrific way to obtain a lot of points. If you add on the Bounty Hunter Star Card you’ll gain even more battle points, letting you quickly nab a hero.

Even without the points bonus, the Officer is a character that can easily turn the tide of a firefight. His Squad Shield is superb for protecting or taking objectives, while Battle Command gives the affected players some extra damage resistance for a short time. Of his four weapons, the S-5 is my personal favorite thanks to its high damage and precision. This is a terrific class to master, especially if you are all about using heroes.

4. Not All Reinforcements Are Created Equal

Even though there are three Reinforcement archetypes (Enforcer, Ariel, and Infiltrator), each faction has different units with their own abilities. This can make learning them all pretty tricky since the Empire’s Deathtrooper plays completely differently than the Republic’s Clone Commando. These three archetypes are typically what a lot of players end up using during the majority of matches because they have a higher health pool and usually hit a lot harder.

When picking your Reinforcement it’s vital that you understand that classes specific role on the battlefield. Enforcers are brutes, capable of dealing and absorbing a lot of damage, which typically makes them a big target. Infiltrators rely on cunning and their various scanner abilities while Ariel troops prioritize mobility over everything else. Some Reinforcements, like The First Order’s Flametrooper are deeply underwhelming and only useful on specific maps.

5. Learn a Blaster and Lightsaber Hero/Villain

Look I get it, lightsabers are way, way, way cooler than blasters. However, sometimes a lightsaber hero is the wrong choice depending on what map and phase you’re on. Characters like Darth Vader and General Grevious may excel in confined areas such as the Death Star, but they’re quite tricky to use on more open maps. This is where blaster heroes like Boba Fett come into play, as they bring a ton of mobility that other heroes don’t possess. We strongly recommend learning at least one blaster and lightsaber hero for both the Light and the Dark side.

One mistake we see a lot of new players make is acting as if their fearsome Sith or Jedi are invincible in combat. While it’s true that a foe like Darth Maul can decimate an entire group of enemies, just rushing in without a plan will typically end in death. Heroes are heavily focused on when they appear and for good reason. No one wants to deal with Anakin Skywalker pulling them in when they’re trying to fight.

When you play a hero – especially one with a lightsaber – always be ready to fall back and regain health. Your job is to appear, kill some enemies, and draw attention away from the rest of your team. Just dashing in and swinging wildly won’t help anyone and will just be a waste of your battle points. Many of the lightsaber-wielding characters lack an actual “escape” ability outside of just jumping away. Don’t be that guy that picks a hero and just immediately dies because you thought it was possible to charge at the entire team. 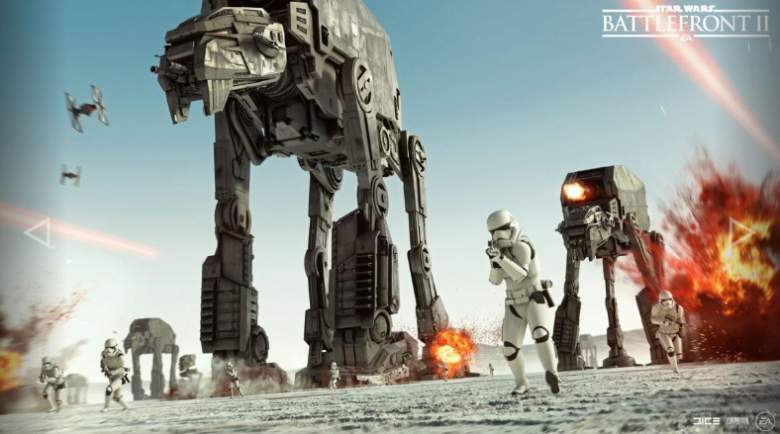 The various vehicles in Star Wars Battlefront 2 can be quite intimidating to face. Most of them possess a ton of firepower and can absorb a lot of damage if faced head-on. Thankfully, most of the main vehicles have pretty vulnerable weak spots that can be exploited. Here’s every major weak point for the armor and artillery archetype vehicles.

Additionally, when you’re facing off in the air, aim for the little circle that is in front of the enemy you’re targeting. This circle shows you where to shoot if you want to hit the enemy since your blasters suffer from being projectiles. This means there’s a travel time between when you fire and when that bolt hits a foe. Firing at the circle will guarantee you hit the enemy when you’re dogfighting in space.

Sure, battling it out in first person might be the more immersive experience, but we strongly recommend starting in third person. Playing in this perspective will give you a better understanding of your surroundings, which could mean life or death in an intense shootout. You can also peak around corners or hide behind cover to surprise any advancing enemies.

This perspective is also perfect for dealing with lightsaber or close-range focused classes, as you’ll see them if they advance from the sides. For those new to the series, playing in third person will help you gain better map awareness and game sense. Plus, it won’t be as jarring when you use Reinforcements, which are locked to third person.

9. Complete Challenges for Credits and Crystals

If you didn’t purchase the complete edition, that means you’ll need to earn Crystals or Credits to purchase additional cosmetic options. These can be earned a number of different ways, but one of the best is by completing different challenges. These mini-quests can be found under the “Career” tab and span everything from online to the campaign. Tyr to make progress towards at least one whenever you play so you can constantly rack up rewards.

This cannot be said enough, but with the exception of modes like Blast, you should always be focusing on completing the objective. Not only will this help you get more wins, but it will award you a ton of battle points. Playing modes such as Capital Supremacy or Walker Assault as if it’s deathmatch won’t benefit anyone. Instead, always be thinking about how your actions either aid your team’s goals or hinder your opponents. This is especially true for hero characters who can turn the entire tide of a match if used correctly.