Another set of weekly challenges is now available for players to tackle in Fortnite, and for the most part, they are pretty easy.

Throughout Season 3, Epic Games has tasked players with finding floating rings, and that hasn’t changed with this week either as you’ll have to collect them at Pleasant Park this time around.

These challenges are usually a breeze if you know exactly where to look, but many times, it’s not as simple as that. With so many other players trying to complete the same challenge, this is usually a recipe for disaster if you’re trying to finish them off on day one.

Pleasant Park is already a popular area on its own, so it can be hard to find these floating rings if you don’t know exactly where to look. 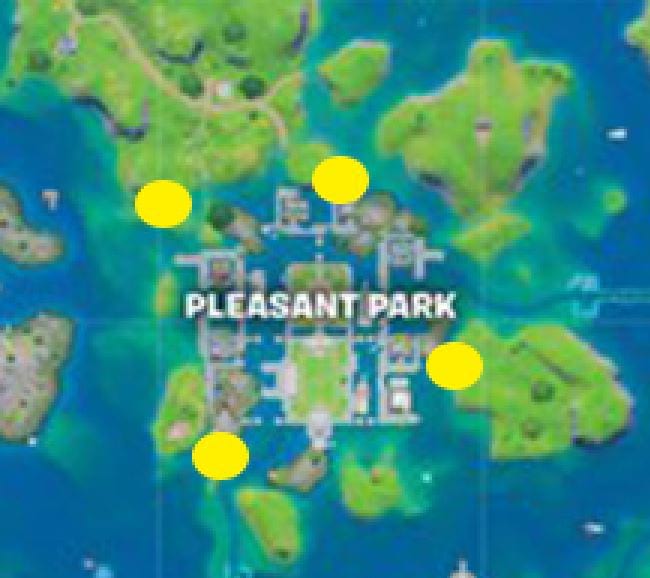 Epic GamesTrack down those rings!

These rings won’t actually be found in downtown Pleasant Park but instead can be found scattered around the outskirts of the location.

Basically, you’ll have to hit the four corners of the location and you’ll have this challenge done in no time.

It’s important to note that you can get this challenge done in the Team Rumble mode, which might actually be worth doing because depending on the way your Battle Bus goes, you might get the entire location to yourself without having to deal with anybody trying to eliminate you.

We're aware that some folks have issues with collecting the Floating Rings in Pleasant Park. We'll provide an update when we have new information. pic.twitter.com/IaUjeckeRU

The Fortnite Status Twitter account has acknowledged that completing this challenge may be bugged for some players.

“We’re aware that some folks have issues with collecting the Floating Rings in Pleasant Park,” wrote Epic on Twitter. “We’ll provide an update when we have new information.”

This means that even if you’re able to track down the rings in the game, you might not be able to pick them up.

At the time of this writing, the bug is still ongoing, so if you’re having trouble you can just know that you’re not alone.