The Fortnite superhero skins were meant to be a cool way for players to create their own styles that would stand apart from the numerous DC and Marvel styles that were already in the game.

However, the players instead decided to make solid color versions of the character in an effort to get the edge over their opponents, and that has been met with a lot of pushback.

It didn’t take long at all for players to claim that this skin was pay-to-win due to how well the all-black styles could blend into the environment. On the other hand, the all-white skins could easily disguise themselves with the sand, so it’s clear something had to be done.

Epic already confirmed they were working on a fix, and now they have come to their conclusion. 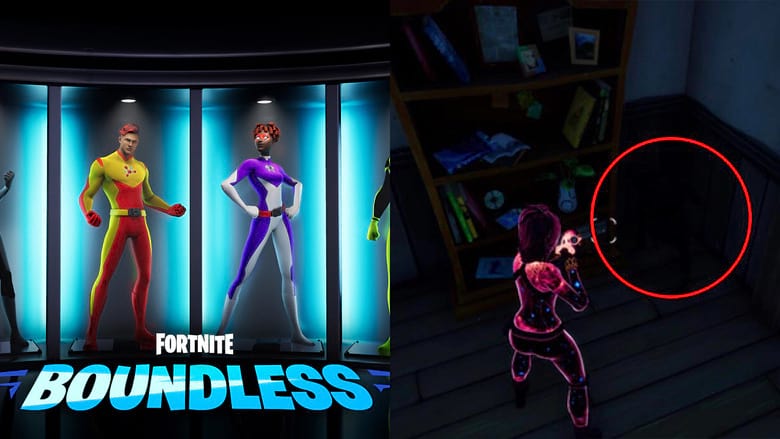 In the upcoming v15.30 patch, Epic will no longer allow players to pick solid white or black as colors, which will put an end to these shenanigans.

Here’s what Epic posted on their official Trello board:

It was brought to our attention that Outfits in the Boundless Set included color combinations that could compromise the competitive integrity of matches. As a result, we’re planning to make minor cosmetic adjustments in our next update. We’ve made some adjustments to the materials, and you will no longer be able to have white/white or black/black color combinations when selecting your primary and secondary colors.

If you are no longer satisfied with your purchase, you can request a refund anytime within 30 days of your first login after the 15.30 update (no refund token required).

We’ve also made some tweaks to interior lighting in the game to compliment these changes. Thanks for the continued feedback.

Anybody who isn’t a fan of the changes will be able to get a full refund, which is something Epic has been willing to do quite a bit lately.

Epic will give you the ability to ask for a refund without the need of a refund token, very similar to how the T-800 refund worked.

When the v15.30 update hits, presumably next week, you’ll be given the option to refund if you’d like to.

READ NEXT: Where to Find Hidden Bunkers in Fortnite Season 5