By now, it seems pretty clear that something big is happening in Fortnite soon, especially if you take a look at the countdown that’s being displayed in the lobby.

News that Coral Castle would be destroyed was revealed earlier in the season, and while the weeks have gone by with nothing happening, it looks like that end result is nearly here.

On top of Coral, it’s looking like Corny Complex and Slurpy Swamp will be wiped away by the Mothership as well. Instead of everything happening at once, it looks like it’ll take time for everything to happen.

All of this comes from a leak from HYPEX, so let’s take a look at what it says.

Mothership Has an Order

These will NOT happen fast, the mothership moves to these POIs slowly THEN warms up and THEN abducts them.. Which is why I said that I think its before/after the event

The leak says that the Mothership will first hit Coral, then move to Slurpy before finally settling on Corny.

HYPEX says this will not happen fast as the Mothership will first move to the areas, warm up, and then abduct them. Because of this, HYPEX believes this won’t necessarily have to happen during the event. Instead, he says he thinks it will happen either before or after it.

Remember, we don’t exactly know what the countdown is alluding to because we also have what appears to be an Ariana Grande concert that will be happening at the end of this timer as well. That’d be a lot of Fortnite content at one time, so maybe Epic is giving us a red herring.

It’s tough to tell what the case is without actual confirmation, so all we can do in the meantime is speculate about what’s happening. What we do know is the areas will be changed in a big way, and that has been confirmed. 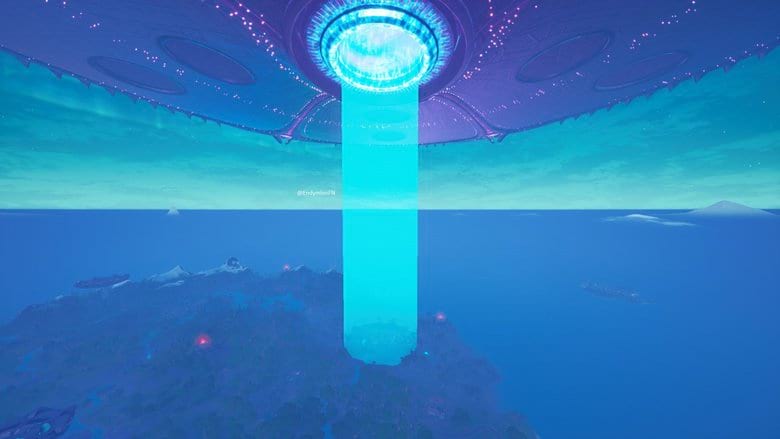 Since this is all shaping up to be a sort of mid-season event, it’s tough to say exactly what Epic has planned for the storyline going forward. We haven’t gotten major map changes in Fortnite for quite a while, so it looks like that will be first on the menu.

We can’t imagine there will be too much going on here because they’ll likely want to save something for the end of the season. Then again, we didn’t get a live event to close out Season 6, so this could be some way of making up for that.

With characters on the island trying to make peace with the aliens, and failing miserably, it’s become clear that they don’t have good intentions for the island or any of the people on it.

Superman will likely need to show up on the island to save us, and it is already confirmed that he’ll be doing so. However, by the time he arrives, there will already be a character here that he’ll want to stay clear of. Maybe they could put their hostilities aside and come together for a greater good.

It looks like this event will send us on a path towards the end of the season, so we’ll just have to hope it lives up to the hype. We’ll more than likely be seeing more and more developments as the days go on.