Shawna ‘Bekkah’ Smith, is Terry Smith’s Jr’s mother., who went missing on Saturday July 6. His remains were found buried in a shallow grave beside a tree close to the backyard of the Smith family home in Menifee, California. 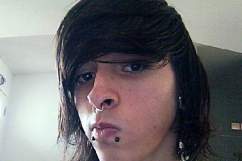 Skylor Atilano, 16, Shawna Smith’s other son and Terry Smith’s half-brother has been arrested in relation to the 11-year-old’s death. 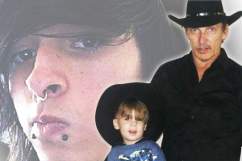 1. According to Terry’s Father, Shawna Smith Lied About Her Son’s Medical History

Terry Smith Sr. contradicted several reports that his son suffered from autism. Shawna Smith told the media at the beginnings of the search that Terry Jr. was autistic, but high-functioning due to medication. But Terry Smith Sr. told NBC 4:

Nope, nope, nope, in fact, when everyone in West Virginia heard that, they all flipped because they know better. He was a hyper little boy, he might have had ADHD.

He might be a little hyper, but he has not been diagnosed autistic. I think he might be ADHD, because I believe his mom told me he got medication for that. But that’s all.

Reports during the search had said that Terry Smith Jr. had autism but was “high-functioning,” due to his medication. Shawna Smith first raised the alarm that her son was missing on the morning of Sunday July 7 when she went into his his bedroom to give him his medication.

2. She Was Out With Friends On the Night Terry Went Missing

MENIFEE: Male juvenile's remains found; missing boy's relative arrestedA 16-year-old relative of a missing autistic boy was arrested on suspicion of murder Wednesday after a child's body was found in a shallow grave near the family's Menifee home, sheriff's officials said. Authorities said they could not confirm the body is that of 11-year-old Terry Dewayne Smith Jr.2013-07-11T00:03:59.000Z

On the night her son went missing Shawna left Terry Jr. in the care of her other son, Skylor, while she went out to shoot pool with friends, reports NBC 4. When she returned home at around 1:00 a.m. she assumed Terry Jr. was asleep.

According to reports during the search, police were acting on the knowledge that Skylor had been the last person to his brother. The 16-year-old had claimed he went to a local market and told his brother to stop following him and to go home.

Despite being married at least once to a man, Terry Smith Sr., according to Shawna Smith’s Facebook page she is “Interested in Women.” She also has another daughter, Mary Atilano, in addition to her two sons. According to her former husband, in 2005, she “went the other way.”

4. She Had Been Convinced Terry Was Still Alive

She firmly believed that her son was still alive during the search. She told reporters:

Police investigating Terry Smith’s disappearance were out of leads, after they interviewed registered sex offenders who live in the vicinity. Detectives served a search warrant at the Smith household on July 10, reports The Associated Press, soon after the announcement came that police had found human remains.

5. According to His Father, Terry Smith Jr, Didn’t Want to Live With His Mother

Terry Smith Sr. said that in his last conversation with his son, he wanted to come and live with his father in West Virginia. According to his father:

That was one of the last things I heard my son tell me that ‘I want to move back because my brother and sister there treat me like a brother and not like a step.

It didn’t come as a surprise with his past.

Read More
5 Fast Facts, California, Deaths, Murder
Shawna "Bekkah" Smith is the mother of 11-year-old Terry Smith who was found dead in Menifee, California. Her other son, Skylor, has now been arrested.