Court documents allege that Mitchell confessed to stabbing Taylor, also known as “City,” five times, in his torso, at the 27-year-old’s home, including leaving the knife in Taylor’s back, after the teen tried to break off the relationship. The murder weapon is reported to be a steak knife. The Hartford Courant reports that Mitchell armed himself after Taylor arranged a meeting between the two, promising it “wasn’t going to end well.” The police report says that Mitchell chased after Taylor and continued to stab him after the 27-year-old put his hands up in the air. Mitchell reportedly suffered minor cut wounds during the ordeal, Taylor was taken to Saint Francis Hospital in Bloomfield, where he was pronounced dead, reports NBC Connecticut.

1. The Pair Were Dating For 2 Years

The couple had been together for two years. Mitchell, speaking to police the Bloomfield High School star said that Taylor had given him pot and alcohol. They got into an argument when Mitchell tried to leave Taylor. At one point the 27-year-old posted a picture on Facebook of Mitchell and outed him as “Bloomfield’s Gay Football Player.” The pic was left up for about five hours before being removed. Police were called to Taylor’s home on 24 Hill Farm Road in Stamford, Connecticut at 9:15 p.m. on November 22 after neighbors reported a disturbance:

In The Hartford Courant report, it says that Mitchell met Taylor through the teenager’s older brother. After a few meetings, that involved smoking weed and drinking, Mitchell says he just wanted to be friends with Taylor, but the relationship turned sexual. When Mitchell threatened to leave Taylor, the older man would threaten to out the teen again on Facebook.

At first, the football star told police that the pair had been attacked by two black males. Mitchell’s mother, Tyra Smith, is maintains her son is innocent, she told reporters:

He’s never been in trouble. He’s a star athlete, he’s loved all around town, everybody knows him. This is just so shocking. I send my deepest condolences to the victim’s family but my son is not a murderer.

Gilda Johnson, Tarance Mitchell’s grandmother called the accusations “disheartening,” and “I feel for his family, and I feel for our family.” 16 members of Mitchell’s family were present in court on November 22 during the football captain’s arraignment.

According to The Hartford Courant, around 12 members of Taylor’s family were in court. The 27-year-old’s aunt, Judith Harris, pondered why Mitchell went to the home if he felt so threatened before telling reporters:

My nephew, he loved life. He loved everybody. Two lives are lost. My nephew will never speak again…[Mitchell] will be locked up. 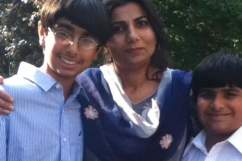 Mitchell is being held in jail on a $1 million bond. Judge Joan Alexander initially set the release fee at $500,000 before raising it. The youngster doesn’t suffer from any mental illness, the court heard but “he’s extremely confused and upset” about Taylor’s murder.

Court papers show Tarence Mitchell first lied to police, telling them he and the Vic attacked by two unknown males in hoodies. #wfsb

Mitchell reportedly confessed to the crime after a detective reviewed the 27-year-old’s initial statement with him. The teenager has no criminal record, reports NBC Connecticut.

Taylor was reported to have been very jealous of Mitchell texting girls. Court documents state that Taylor threatened Mitchell at one point with a sword. The Hartford Courant reports that on the night of Taylor’s murder, the pair were in the 27-year-old’s car when the older man demanded to see Mitchell’s phone. He became outraged at “cheerful” message the football star had sent girls.

On Mitchell’s Facebook page, in the about section, it says that the 18-year-old is “single” and “interested in women.” His football coach, Ty Outlaw, told The Hartford Courant, that he didn’t know his captain was having a sexual relationship with an older man and added “TJ’s a great kid.”

In a preview for Bloomfield’s football season in 2013, Coach Outlaw told The Hartford Courant, “Mitchell [is a] Division 1-AA (FCS) caliber college player.” During the team’s last game before Taylor’s murder, a victory over Plainville, CBS Sports wrote of Mitchell’s contribution:

TJ lead the receiving core with 4 catches for 61 yards and a td. He was also a big time blocker for Bloomfield’s running game that totaled 280 yards.

The team, with Mitchell rated by The Hartford Courant as one of the team’s top players, were rated as a conference contender. 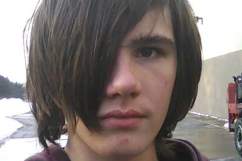