The beloved and newly-elected Democratic mayor of Charlotte, North Carolina, Patrick Cannon, was arrested Wednesday morning by the FBI for corruption charges. By Wednesday evening, Cannon had resigned from his position. Cannon was considered a good mayor who was born and raised in Charlotte, and emphasized service and morality.

"Together, let’s write the next chapter so Charlotteans will look back on our progress with amazement and admiration.”

1. He is Accused of Accepting Bribes, a Fancy Hotel Room, and Airfare

The Charlotte Observer reports that Cannon is accused of accepting over $48,000 in cash, airlines tickets as well as the use of a luxury apartment as part of a sting operation. According to the Charlotte Observer’s Ely Portillo, agents pretending to be affiliated with the Gold Line streetcar lobbied the mayor.
.

From @CLTMayor affidavit: Agents pretended to be developers concerned about Gold Line streetcar getting held up b/c of fed funds…1/2

Patrick Cannon’s win in the election of 2013 made him the third consecutive Democratic mayor of Charlotte. He followed Patsy Kinsey who served only a few months to finish Anthony Foxx’s
term as he become the President Obama’s Secretary of Transportation.

He won the election against Republican Edwin Peacock with a slim margin of 53.02 percent to 46.78 percent.

However, not everyone was happy with his election. Left as a comment on Cannon’s Facebook page in August 2013, months before the election, the Charlotte Taxi Drivers commented that Cannon was corrupt, took money, and had skeletons in his closet:

3. He Was the Youngest City Councilperson Elected

In 1993, the 26-year-old Patrick Cannon was elected to City Council, becoming the youngest person ever elected to the council in Charlotte.

He served on city council until December 2013 when he was sworn in as mayor.

4. He Allegedly Took Money as an ‘Investment’ in His Feminine Hygiene Product

The investigation of his alleged corruption dates back to his city council days, and in particular, 2010. According to the official affidavit, which you can read above, in 2010 an someone working for the FBI posed as a venture capital investor from Chicago interested in opening bars in Charlotte.

In December 2012, one of the “investors” pledged to give Cannon $12,500 to invest in his “feminine hygiene” product business idea in exchange for assistance with zoning and permitting for the nightclub. According to the affidavit, Cannon also suggested he be compensated with a campaign contribution. Instead, ABC also reports, Cannon went to Las Vegas so that Cannon could convince investors to support the second undercover FBI informant. According to communications quoted in the affidavit, Cannon knew he might be lying to investors in an effort to get money for the undercover agent. 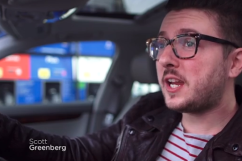