Sergey Malinka a SUSPECT? – Watch this Interview from May 17 2007 and decide!!Join Discussions at HiDeHo CONTROVERSY of Madeleine McCann https://www.facebook.com/groups/HiDeHoCONTROVERSYofMadeleineMcCann/2014-07-02T13:39:03.000Z

Sergey Malinka has been named by police in Portugal as one of four men who were taken into custody in a renewed round of questioning over the disappearance of Madeline McCann, reports the BBC. McCann, a British 3-year-old, went missing in Praia da Luz in Portugal in May 2007. No one has ever been charged in relation to her disappearance. Above is an interview Malinka gave about McCann’s disappearance back in 2007.

Here’s what you need to know about Malinka:

In 2007, 10 days after McCann went missing, Malinka was questioned by police in Portugal as a witness, not as a suspect. His status as a witness was borne out of his relationship with Robert Murat, the British ex-pat in Portugal who was considered a suspect in the disappearance of McCann. Malinka and Murat had a professional relationship in which Malinka, an IT expert, had helped Murat design a real estate website.

After allegations about Malinka and Murat were published in British tabloid newspapers, the pair sued for libel and won around $800,000 in damages.

2. Malinka & 3 Others Were Taken Into Custody on July 2

The Guardian reports that the 29-year-old Malinka was brought to a police station in Faro, Portugal, early on July 2. His lawyers said questioning would continue until July 3. The other three suspects, one of whom suffers from schizophrenia, have not been named. All three are Portuguese citizens. Sergey Malinka was born in Russia but is a Portuguese citizen. The three other suspects all left the station later on July 2, one in a cop car, another two left with a lawyer in private car.

3. British Cops Are Not Directly Involved in the Questioning

According to reports, the questioning is being done by Portuguese detectives with British cops observing. The British police can only advise local cops on lines of enquiry and do not have direct access to suspects.

Robert Murat, the original suspect in the disappearance of Madeline McCann, pictured in 2008. (Getty)

The original suspect in the McCann case, Robert Murat, told The Guardian that Malinka is a “hardworking and nice guy.” He added that treating Malinka as a suspect was “disgusting and ridiculous.” Murat added:

Back in 2007, police questioning of Sergey was very thorough and meticulous and I can’t see any reason why he has been brought in again. My heart goes out to him and his family because I know exactly what they will be going through right now.

5. The Search for McCann Is Back in Full Swing

Even though British detectives are constrained by international law, sniffer dogs from the U.K. arrived in Portugal in the last week of June. The dogs have been searching an area of marsh in Praia da Luz. The police chief, Mota Carmo, who oversaw that search, was placed on leave before Malinka and the other suspects were taken into custody. 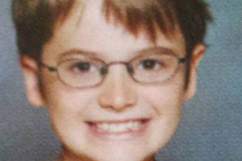 Read More
5 Fast Facts, Breaking News, Crime, Missing
Sergey Malinka has been named as one of four suspects questioned by police in relation to the 2007 disappearance of Madeline McCann.