Stephen A Smith, an ESPN commentator, was talking about Ray Rice’s recent two-day suspension over an incident where he knocked his finance unconscious in an Atlantic City hotel elevator. In the video, which you can watch above, Stephen A Smith comes out strongly against hurting women, something he reiterates by mentioning ambiguously “what he would do” if he ever caught anyone touching a member of his family, but then things take an awful turn.

Smith goes on to say that women should make sure to think about what would ‘provoke’ a man to violence, as if the ultimate blame for a violent domestic situation comes down to the person ‘provoking’ and not the person doing the actual violence.

After the comment sparked outrage across the internet, Smith posted the following apology on Twitlonger:

My series of tweets a short time ago is not an adequate way to capture my thoughts so I am using a single tweet via Twitlonger to more appropriately and effectively clarify my remarks from earlier today about the Ray Rice situation. I completely recognize the sensitivity of the issues and the confusion and disgust that my comments caused. First off, as I said earlier and I want to reiterate strongly, it is never OK to put your hands on a women. Ever. I understand why that important point was lost in my other comments, which did not come out as I intended. I want to state very clearly. I do NOT believe a woman provokes the horrible domestic abuses that are sadly such a major problem in our society. I wasn’t trying to say that or even imply it when I was discussing my own personal upbringing and the important role the women in my family have played in my life. I understand why my comments could be taken another way. I should have done a better job articulating my thoughts and I sincerely apologize. 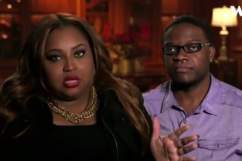