Kenneth Douglas told a deposition in Ohio on August 15 that he had sex with more than 100 female corpses while he worked in a Cincinnati morgue, reports WCPO. Douglas previously served as a pallbearer and rifleman for soldiers killed during the Vietnam war and is a married, father of four, according to WLWT.

Here’s what you need to know about this disturbing man:

1. He Raped Dead Women & Had Access to Corpses for 17 Years

The families of those who were abused are suing the county over the abuse. They’re hoping a jury finds that Douglas’ superiors “recklessly and wantonly” failed to supervise the monster, according to WPTV. Douglas’ supervisor, Dr. Frank Cleveland, died in 2011.

It was during Douglas’ deposition for this lawsuit, conducted last week, that he revealed he had abused 100 corpses.

2. He Smoked Crack at Work Before Having Sex With Corpses

Douglas said in court that he would smoke crack and drink heavily before he would “get on top of them and pull my pants down.” An attorney representing one of the victim’s families, Al Gerhardstein, told the media:

The county had plenty of notice that Douglas was coming to work and was present at work while he was under the influence of alcohol and drugs. Had he been stopped, these women would not have been abused.

3. His Wife Said Douglas ‘Reeked of Sex’ After Work

Douglas’ wife testified in court that she used to have to pick him from work because he was so inebriated, reports WPTV. When she did, she said Douglas “reeked of sex.”

Douglas had once said that if he didn’t drink or smoke crack prior to going to work, there was no abuse. He was also accused of having sex with living women while he worked at the morgue. His wife said that when she called his superior to report that she thought her husband was high and drunk at work, she says she was told, “Whatever happens on county time and on county property is county business.”

In 2008, many years after the sickening string of incidents took place, Douglas was first convicted of sexually abusing a corpse. A semen sample was found inside Karen Range, who was murdered in 1991. That sample belonged to Douglas. The sample came to light when David Steffen, the man convicted of killing Range was appealing his case. He maintained that he had never raped her. At the time of his conviction, DNA testing wasn’t available and the semen found in Range was assumed to be Steffen’s.

In 2012, he was convicted of abuse against two additional corpses.

After the 2012 conviction, the families of the victims sued Hamilton County for negligence. Watch a report about Douglas’ original conviction above.

5. He Had Sex With a Murdered Pregnant Corpse on the Day She Died

Douglas admitted to having sex with women who had been the victims of brutal murders and deaths. One of his victims, Charlene Appling, was strangled while she was six months pregnant, in 1991.

Douglas admitted to having sex with her corpse on the day she died. 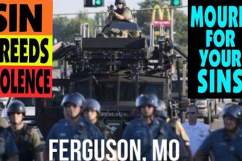 Loading more stories
wpDiscuz
7
0
Would love your thoughts, please comment.x
()
x
| Reply
Kennedy Douglas, a morgue attendant in Cincinnati, admitted in court to having sex with over 100 female corpses. Douglas would smoke crack before committing the acts.