Representatives of the French Republic and Muslim, Christian and Jewish communities, attend a ceremony in the synagogue of Le Mans, western France, on January 25, 2015, in memory of the 17 victims killed in three days of terror attacks in Paris. (Getty)

Three people have been injured by a gunman at a Copenhagen synagogue, hours after a separate terror shooting in Denmark left one person dead. Here’s what you need to know:

1. Three People Have Been Injured, Including Two Police Officers

Authorities have shot and killed the man they believe responsible for a pair of shootings at a Copenhagen synagogue and cafe that left two dead.

At the synagogue shooting, which took place hours after an earlier shooting at a conference on free speech, one person was shot in the head while two police offers were injured in their arms and legs during the exchange of gunfire.

Local media described a massive police presence in Copenhagen, though the Berlingske newspaper said the regular Saturday night in Copenhagen was getting in the way:

“Police are struggling with many drunk people in the area, which is close to many Copenhagen pubs and nightclubs.”

2. This Shooting Follows an Earlier Attack at a Copenhagen Cafe

About 10 hours earlier, an attack was carried out on a Copenhagen Cafe  hosting Swedish artist Lars Vilks in a discussion about blasphemy, free speech and religion.

The two locations are a few miles apart, 12 minutes’ drive by car.

Vilks is well known as the artist behind a 2007 cartoon depicting the prophet Mohammad as a dog, for which he received several death threats and was the subject of a failed assassination plot.

Police believe the two attacks were inspired by the January terror attack in France on the Charlie Hebdo headquarters. In January, attackers burst into the office full of cartoonists and, while the pursuit was ongoing, a separate group of terrorists took several people in a a kosher supermarket hostage.

According to Danish intelligence officer Jens Madsen, speaking to the Associated Press, the gunman may have been inspired by radical Islamic literature:

3. Comparisons to the Charlie Hebdo Shooting Were Immediately Made

Slovenian journalists hold pens and placards reading in French “I am Charlie” during a gathering in tribute of victims of the attack on French satirical weekly Charlie Hebdo, on January 8, 2015 in Ljubljana. (Jure Makovec/AFP/Getty Images)

Francois Zimeray, French ambassador to Denmark, who was attending the conference at the cafe at the time of the earlier shooting, told news agency AFP that the gunmen responsible were attempting to recreate the Charlie Hebdo massacre.

“They tried to repeat Charlie Hebdo but couldn’t get in.”

Though al-Qaeda in Yemen claimed responsibility for the January attack on the Charlie Hebdo offices, no organizations have yet taken credit for either of the Danish attacks.

4. The Israeli Prime Minister Has Called for Jews to ‘Come Home’

In a statement issued Sunday, Israeli Prime Minister Benjamin Netanyahu said that the nation is preparing for a massive influx of European Jews:

“Israel is your home. We are preparing and calling for the absorption of mass immigration from Europe.”

Built in 1833, the synagogue is a landmark in Copenhagen and the center of Jewish life in Denmark. Known as The Great Synagogue, it was designed by Gustav Friedrich Hetsch.

There are an estimated 7,000 Jews living in Denmark, most in Copenhagen.

According to reports, the attack took place on the street outside the synagogue early Sunday morning.

A report on anti-Semitic incidents in Denmark issued by the organization AKVAH indicates that anti-Semitism is traditionally less common in Denmark when compared to other European nations:

“We advise Israelis who come to Denmark and want to go to the synagogue to wait to don their skullcaps until they enter the building and not to wear them in the street, irrespective of whether the areas they are visiting are seen as being safe.”

5. The Earlier Shooting Was Called a Terrorist Attack

Prime Minister Helle Thorning Schmidt speaks to journalists at a cultural centre in Copenhagen, Denmark, where shots were fired during a debate on Islam and free speech. (Getty)

An hour before the synagogue shooting, the Danish prime minister said the country was on alert:

“We are on high alert all over the country.”

Prime Minister Helle Thorning-Schmidt said the earlier shooting at a Copenhagen cafe, which apparently targeted a Swedish artist, was motivated by terror:

“We feel certain now that it was a politically motivated attack, and thereby it was a terrorist attack.” 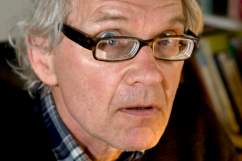 Loading more stories
wpDiscuz
0
0
Would love your thoughts, please comment.x
()
x
| Reply
Three people have been injured by a gunman at a Copenhagen synagogue, hours after a separate terror shooting in Denmark left one person dead.